Home » The Looptail, The Travel Blog Powered By G Adventures » 10 nature documentaries to watch for Earth Month
× Share this Article

Earth Month begins on April 1, and this year, the United Nations is asking the citizens of the planet to consider the welfare and wellbeing of the Earth’s animals until the end of April (and beyond). All month, we’ll be looking at some of the planet’s most incredible non-human creatures, and letting you know where you can find them — and how you can respectfully observe them — on G Adventures tours. To get warmed up, though, we’d like to recommend a few ways you can learn about Earth’s incredible animals from the comfort of your own home. Here, 10 amazing nature documentaries to watch this month.

On April 3, famed conservationist and primate expert Jane Goodall celebrates her 85th birthday — so what better way to kick off Earth Month than by reacquainting yourself with — or introducing yourself to — one of the world’s most impactful primatologists?

Check out our Jane Goodall Collection of tours here

This film tells the story of the park rangers dedicated to protecting the Congo’s gorillas in the midst of civil war. It’s a compelling mix of conservationism and investigative political storytelling.

Yes, coral is an animal — technically, these brightly coloured oceanic creatures are marine invertebrates, though many mistake them for plants. And they’re at risk: climate change, resulting in warming oceans, has resulted in the death of large sections of the world’s coral reefs, which threatens the entire oceanic ecosystem. This film’s documenting of coral bleaching and destruction is informative, and devastating.

Chances are you’ve already seen at least some of this award-winning BBC nature series, but its striking cinematography, compelling storytelling, and amazing candid wildlife footage makes this one of the most re-watchable documentary series out there. Come for the narration, by the legendary Sir David Attenborough; stay for the unprecedented slow-mo shots of wild animals in their natural habitats.

If life on land is not of interest to you, perhaps the BBC’s documentary series looking at life underwater will suit your tastes? Also narrated by Attenborough, this iconic series takes a look at the planet’s deep blue seas — and the creatures within them — like no other series before it.

Rounding out the Attenborough/Planet/BBC trifecta is Frozen Planet, which focuses its lens on Earth’s snowy, barren landscapes, and the creatures who inhabit them. It was a tough feat for the series’ film crews, who spent a whopping 2,300 days in the Arctic and Antarctic collecting footage.

Blackfish is technically not a nature documentary: it looks at the tragic lives of orca whales in captivity, specifically Tilikum, a performing whale at Seaworld who killed several people, including trainers. The film will underscore the importance of allowing animals to live their lives in their natural habitats, unharmed by humans.

This Netflix original documentary looks at the devastating effect of poaching on the world’s elephant population. Like Blackfish, this will reiterate to viewers the importance of protecting the world’s animals from harmful human practices.

Just when you thought we were done with David Attenborough! This 2009 BBC series takes yet another look at life on Earth, focusing on the incredible lengths that some of the planet’s animal species go to survive.

Again, not directly about animals, this documentary looks at the environmental impact of humans’ bottled-water habit — and what affects the environment affects everything within it, including the animals that call it home. A strong case for reusable canteens! 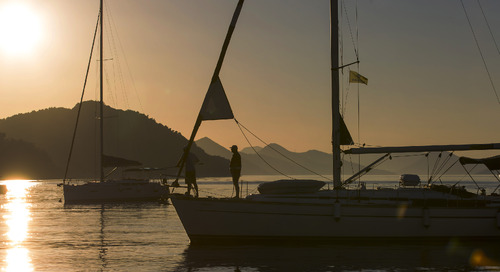 5 reasons to see Europe by sailboat

Skip the crowds and take to the seas! 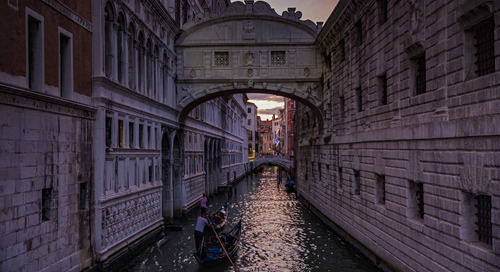 The ABCs of: Gondolas in Venice