Home » The Looptail, The Travel Blog Powered By G Adventures » 10 places to mark the anniversary of the first women’s rights convention
× Share this Article

The first women’s rights convention took place in Seneca Falls, New York, on July 19 and 20, 1848. Its Declaration of Sentiments focused on voting, property, and employment rights. And while the last 170 years have witnessed big strides, there’s still a long way to go.

So where and how can travellers worldwide mark the 170th anniversary of that landmark convention? Here are 10 options, some serious and some fun, reflecting the diversity and achievements of women in politics, arts, sports, entertainment, and other fields.

This upstate New York hamlet of 9,000 inhabitants has a first-rate cornucopia of feminist-themed attractions. The 1969-founded National Women’s Hall of Fame honours more than 230 notable American women, from author Maya Angelou to astronaut Sally Ride, and will get a new home in the renovated Seneca Knitting Mill in late 2018.

Check out the Wesleyan Chapel where the historic 1848 convention was held, buy custom-designed T-shirts at WomanMade Products, and lunch on Mediterranean hummus salad beneath portraits of women's rights trailblazers Susan B. Anthony and Elizabeth Cady Stanton at Cafe XIX, named after the 19th Amendment, which enabled women’s suffrage.

2018 marks the 100th anniversary of women getting the vote in Great Britain, and the Museum of London commemorates the vigorous early 1900’s campaigning in its free Votes for Women exhibition (to January 6, 2019). View leading suffragette Emmeline Pankhurst’s hunger strike medal and a new documentary about the movement with colourful interviews and suffrage-themed posters. There’s also a large permanent collection of suffragette memorabilia.

If you enjoyed Salma Hayek’s portrayal of the iconoclastic Mexican painter in 2002’s Frida, Mexico City’s Frida Kahlo Museum will redouble your appreciation.

Dubbed the Blue House (Casa Azul) for its distinctive walls, the artist’s longtime residence showcases famous works like "Long Live Life" and "Portrait of My Father Wilhelm Kahlo", along with the crutches and plaster corsets she used after surviving a bus accident at age 18.

Fans of Washington, DC’s National Museum of Women in the Arts will also enjoy Berlin’s Verbogene Museum (Hidden Museum). The compact, 1986-founded venue stages exhibitions highlighting female artists whose work somehow fell into obscurity. A recent example is Austrian photographer Inge Morath, who shot stills for the 1961 Marilyn Monroe movie The Misfits, plus travel photos from everywhere from Cambodia to the Soviet Union.

In her book Under the Lights and in the Dark: Untold Stories of Women’s Soccer, Gwendolyn Oxenham notes: “The Portland Thorns is the Promised Land of women’s soccer ... a whopping 17,000 fans routinely come out to Thorns games.”

Join the sea of red shirts at Providence Park in Oregon’s largest city to cheer on superstars like Christine Sinclair and Tobin Heath. The Rose City Riveters fan club flaunts huge banners depicting the players as warriors and superheroes.

The U.S. women’s hockey team made headlines in 2017, when it successfully negotiated with USA Hockey for fair wages and benefits, and in 2018, when it won the U.S.’s first Olympic gold medal since the inaugural 1998 women’s tournament in Nagano, Japan. That’s built buzz for the sport worldwide. At Toronto’s Hockey Hall of Fame, admire artifacts like Cammi Granato’s Vancouver Griffins jersey and Manon Rheaume’s goalie mask.

Ride a miniature train through pastoral dioramas burgeoning with classic red Swedish houses and characters such as Karlsson-on-the-Roof and the Brothers Lionheart. Feast on pancakes and jam at the communal cafe.

If you can’t get enough children’s literature by women, Kidsbooks is a must-visit. This award-winning Vancouver bookstore, owned by Phyllis Simon and Kelly McKinnon, features top Canadian writers like Deborah Ellis (The Breadwinner) and Kit Pearson (The Sky Is Falling). It was also the first bookstore in Canada to sell J.K. Rowling’s Harry Potter series back in 1998.

XO Tours' specialty is motorbike foodie tours led by knowledgeable drivers — all of whom are women. Hop on the back of a bike and head off to sample beef pho, barbecued prawns, and quail with tamarind sauce at various stops. Plus, get the low-down on Vietnamese culture and history while zooming around. 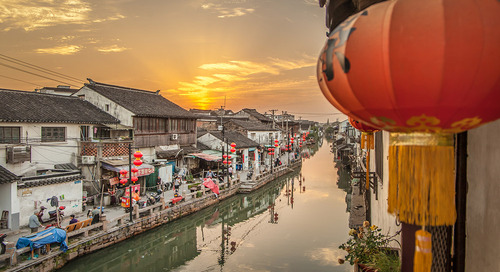 A day in Suzhou, China

Gorgeous garden, quaint canals, and a space that's — unlike other municipalities in China — explorable by foot 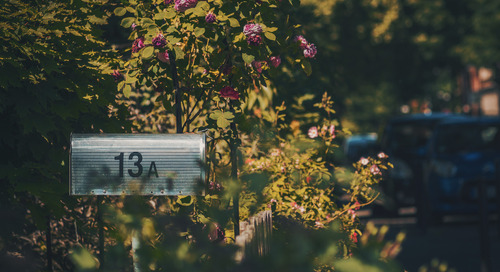 The spooky, superstitious calendar date is rooted in some interesting trivia