Costa Rica's Manuel Antonio National Park is not a sprawling expanse — but what it lacks in size, it makes up for in biological diversity, natural beauty, and a rich history. Here, five interesting pieces of trivia about the Central American park:

At just 16 square kilometres, Manuel Antonio is the smallest of Costa Rica’s 161 national parks. (At the other end of the spectrum, the country's La Amistad International Park is 1,991 square kilometres — 124 times the size of Manuel Antonio.) But the park is proof that size doesn’t matter: Manuel Antonio also one of the country’s most popular parks, regularly welcoming 150,000 visitors a year. In fact, the park attracts so many people that officials have enacted strict limits on how many can enter per day. To protect its flora and fauna, admission is capped at 600 people on weekdays and 800 on weekends and holidays.

It’s a product of the people

This nearly 50-year-old park is a direct result of Costa Rica’s burgeoning tourism industry — but not in the way you might think. At the time the park was created, foreign businesses wanted to build up the area as a major tourist centre, but locals worried about losing access to its unique landscape and biodiversity. So, they pressured the government to protect the region, leading to the park’s creation in November 1972.

Saimiri oerstedii citrinellus, or the grey-crowned squirrel monkey, is native to Costa Rica’s Pacific coast. In fact, according to the ICUN Red List of Threatened Species, Manuel Antonio is the only place it’s been spotted recently. The monkey has plenty of company: Manuel Antonio is often considered one of the most biodiverse parks in the world, with a population of 109 types of mammal and 184 types of bird, among other species. Visitors are also likely to spot capuchin monkeys, howler monkeys, sloths, coatis, raccoons, iguanas, toucans, dolphins and, sometimes, even migrating whales.

Manuel Antonio’s biodiversity isn't just about animals. There are 346 plant species found within its borders, and several different types of habitat, from lush rainforest (which are criss-crossed with well-maintained trails), to beautiful beaches, to volcanic-sedimentary rock formations. The park even extends into the Pacific Ocean, adding another 250 km2 of marine landscape to its area. This includes 12 small islands and a number of coral reefs, making it a top snorkelling destination. The best place to catch a glimpse of marine life is Playa Manuel Antonio, a beach along the natural land bridge that connects Punta Catedral, the highest point in the park and a former island, to the mainland. Set in a deep cove, the ocean can be rough but tidal pools are calm enough for snorkelling.

It has a historical connection to Ponce de León

Yes, the same guy who supposedly spent his career searching for the fountain of youth. To be fair, Ponce de León’s name wasn’t linked to this quixotic quest until years after his death — but there’s evidence his nephew, Herman, was the first European to visit the region, founding the nearby towns of Manuel Antonio and Quepos in 1519.

Keen to check out Manuel Antonio National Park for yourself? G Adventures can get you there. Check out all of our small group tours to Costa Rica! 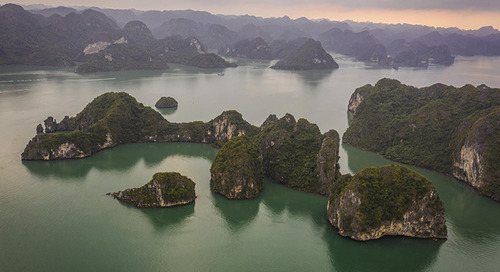 From UNESCO heritage to diverse flora and fauna, Vietnam's famous bay is worth the boat ride 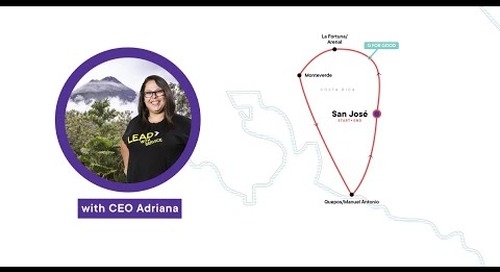 Costa Rica from the seat of your couch