Home » The Looptail, The Travel Blog Powered By G Adventures » 5 lessons from the 5 happiest places on Earth
× Share this Article

5 lessons from the 5 happiest places on Earth

At G Adventures, we believe strongly in creating happiness and community — so much so that it's one of our five Core Values. On March 20, as the world celebrates World Happiness Day, we're looking at some of the happiest places around the globe, according to the United Nations' World Happiness Report for 2018. These are the people and places that have embraced creating happiness and community as a way of life, and how they've done it:

What makes them different: The Northern European country is famous for its social services, including universal healthcare and university education. And on the World Happiness Report, it wasn't just born-and-raised Finns who reported satisfaction with the country's living conditions — Finland also ranked in the Top 10 for immigrant satisfaction.

What we can learn: Earlier this month, the Guardian newspaper interviewed several Finns to ask why they thought their country was the world's happiest. The overwhelming consensus: it's because of equality. Finland's free healthcare, education, generous welfare and social assistance programs and free Internet — in Finland, broadband access is a legal right — make it clear that everyone, no matter their place of birth or socioeconomic background, is deserving of a good life.

What makes them different: Sure, Norway is a comparatively rich country, but we all know money can't buy happiness. So what is it? Like many other Scandinavian countries on the World's Happiest index, Norway's cold climate fosters a unique sense of camaraderie and humour — when it's miserable outside all the time, there's added incentive to be cheerful indoors. Plus, the country issues a pension to all of its citizens at age 67, which — remarkably and notably — includes women who have remained at home, to provide family care.

What can we learn: Once again, it comes down to equality. Despite higher tax levels, residents of Norway enjoy free education, subsidized healthcare, and access to a number of other social services, no matter who they are.

What makes them different: You might not believe this, but the answer — or at least, one of the biggest answers — is taxes! Danes pay more income tax than anywhere else in the world — roughly 60% — and those in higher income brackets pay more, while those in lower income brackets pay comparatively less. This means that the country's government-subsidized social service programs are healthy and thriving, and that social mobility is high across the board.

What we can learn: Not unlike Finland and Norway, the Danes seem to believe that everyone is deserving of a good life. They're also the originators of the popular concept of hygge, which means enjoying life's simple pleasures. Happiness, by hygge standards, could be derived from something as simple as sharing a meal with your best friend or taking a walk at sunrise. If we all try to find joy in the small things, the world might begin to seem like a much happier place overall.

What makes them different: Iceland has a remarkable collective sense of trust, support, and community. It's not uncommon in the country (as in other Nordic regions) to see mothers leaving their prams — baby and all — outside of cafes while they enjoy cups of coffee (cold air is believed to be good for infants), or for doors to remain unlocked. Children walk to school alone in the dark (which is hard to avoid, since it's almost always a little dark in the country, due to its northern latitude). Icelanders trust and support one another — and it makes all the difference. And the country is the first in the world to introduce legislature that makes it illegal to pay men more than women doing the same work — there's that equality thing again.

What we can learn: Happiness isn't a government initiative — it starts (and flourishes) at a community level. When you offer to help a neighbour carry his groceries up the stairs, or give your coworker's car a boost, or hold a door for a complete stranger, you're fostering a sense of trust and community that carries on well beyond yourself.

What makes them different: Well, it's certainly not the weather — you'll have noticed by now that all of the countries on the Happiness Report's top 5 are pretty chilly. And it's not the healthcare, which is universal; nor the education (which is free); nor the taxes (also high). Frankly, what makes the Swiss happy is similar to what makes residents of the rest of the top 5 countries happy: a strong sense of community, but more than that, a strong emphasis on equality.

What we can learn: Regardless of your political leanings or personal beliefs, it's difficult to ignore the message that when we're all treated as equals — and when we treat each other as such — we're able to build a great sense of community, and a strong sense of happiness. 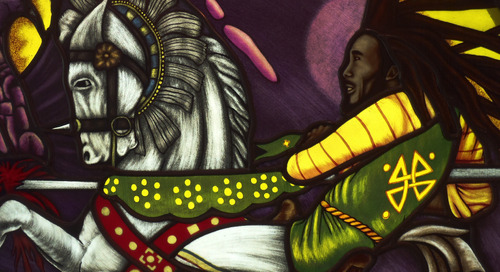 A tour of the Bob Marley Museum in Kingston, Jamaica 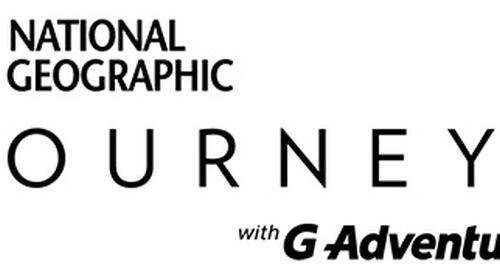 Protecting the planet through travel

Three sustainability initiatives you might encounter on the road with us