Writer Liz Beatty began her career in travel with a one-year student exchange to Australia. Decades later, she shares some possibilities for her first return visit next year.

In a nation defined by remote frontier and self-reliance, Western Australians embody perhaps the purest form of that bold Aussie DNA. Perth always makes lists of the Earth's most remote settlements. Still, while locals cherish their isolated roots, they’re also huge travellers, abroad and within their home third of this massive continent/country. My friend Anthony, an entomologist, who researched invasive insects in the old pearling port of Broome to the northwest, said he'd travel 250km (155 mi) twice a week just for a squash game. I agree with him — Western Australians put the “road” in "road trip." Here’s just a sampling of the best routes (long and short) that their wild wondrous region has to offer.

This two-wheeled road trip takes in an island oasis with some of Western Australia’s (WA) most stunning bays for snorkeling, fishing, surfing, and all a stone's throw from Perth. And, you can hang with the quokka — miniature wallabies that Dutch explorers mistook for rats, hence “Rat’s Nest” or Rottnest.

Rent bicycles in Perth and cycle 25km (15 mi) along the Swan River to Fremantle, leaving time for an espresso on The Strip, or perusing local markets, before catching a morning Rottnest Express ferry. Pick up an island guide and picnic supplies in Thomson Bay before pedalling the 18km (11 mi) length and 6km (4 mi) breadth of this car-free sanctuary. Don’t miss sipping a pint at the Quokka's Arms pub with city views back across Cockburn Sound. Regular ferries deliver you straight back to Perth.

Head south from Perth on the Kwinana Freeway two hours to Bunbury's renowned Dolphin Discovery Centre. Next stop: Margaret River aka “Marg's.” Like any wine town getaway, it is ever so quaint, but imbued with undeniable natural charm. Nearby, countless vineyards, hidden among old karri forests, produce world-renowned Sauvignon blancs and Cabernet Sauvignons. Top chefs in town find yummy pairings for dinner. Head to the coast for prime surfing or humpback whale watching during the annual migration from June to October. Find a world to explore underground, too, with vast, complex karst cave systems nearby. You’ll find tours from easy boardwalks to adventurous “abseil-your-way-in” expeditions.

Four and a half hours southeast of Perth, beyond sleepy wheat-belt towns, Albany marks where the first Europeans set foot in Western Australia. Steeped in whaling and ANZAC military history, here begins a high-drama southern coastal drive east toward Esperance.

First, check out the Blowholes, the Bridge, and Natural Gap of rugged Torndirrup National Park. Two hours away, in Fitzgerald River National Park, bush trails lead through a fascinating biodiversity of wildflowers in spring (you’ll see many species not found anywhere else on Earth). Around the windswept former whaling outpost of Esperance there's swimming or snorkelling in the calm of a string of white-sandy beaches. In other parts, the golden Outback meets the Southern Ocean with a clash of bright turquoise waters against rust-red granite outcrops. A half hour east is WA’s dazzling Cape Le Grande National Park with the world’s whitest sands, which are found in Lucky Bay. En route back to Perth, catch WA’s biggest wave (Wave Rock) hundreds of kilometres from any ocean.

If time is short, fly from Perth to Exmouth, rent a car, then drive and dive into this northwest wonderland. At 300km (186 mi) long, UNESCO World Heritage-listed Ningaloo is one of the largest fringing reefs in the world and easy to explore, curving within 100m (328 ft) from shore in places like must-see Turquoise Bay. Exmouth makes a great base for a daily road trips.

At nearby Ningaloo Marine Park, snorkel, dive, or glass-bottom-boat among some 500 species of fish, manta rays, and turtles. Just beyond the reef, brave souls can swim by the largest fish in the ocean, the gentle plankton-eating whale shark (when visiting from March to July).

At Cape Range National Park, you can hike Mandu Mandu Gorge or cruise up Yardie Creek to spot the rare black-footed rock wallaby. At very chill Coral Bay, the coastal Cardabia-Ningaloo Road (4WD only) around the North West Cape leads to a string of secluded beaches and snorkel spots. Stock up on supplies and check road conditions and tide times before leaving.

This route tops my WA bucket list. It’s a lore-filled 4WD expedition that follows an old unpaved cattle-drive route from Derby to Wyndham in the remote northwest. En route: magnificent gorges, original outback cattle stations, ancient Aboriginal culture and fascinating pioneer history, all in the middle of freakin' nowhere. In other words, as WA as WA gets.

G Adventures runs a number of departures in Western Australia encompassing a wide range of departure dates and activities to cater to different tastes. We’re thrilled at the prospect of showing you this big blue planet of ours — check out our small group trips here. 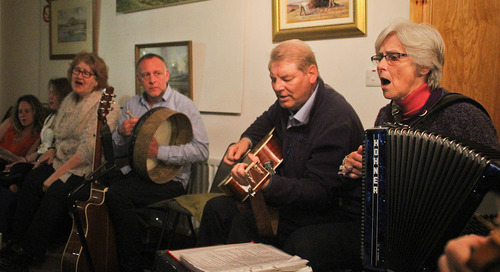 Can you use something you love to connect you with different cultures? See how artist Candace Rose Rardon u... 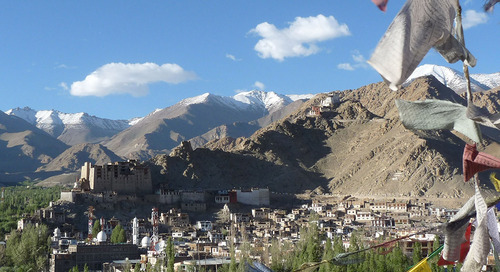