Home » The Looptail, The Travel Blog Powered By G Adventures » 5 vintage video games designed by women to inspire your next tour
× Share this Article

Some of history’s best-known video games about global travel star female characters. The sophisticated criminal mastermind in Where in the World is Carmen Sandiego? (Broderbund, 1985) steals everything from a Tokyo samurai sword to a Buenos Aires gaucho costume. In Tomb Raider (Core Design, 1996), archaeologist Lara Croft braves danger amid Peruvian mountains and Egyptian temples.

It’s easy to get nostalgic, whether you grew up playing games on a computer like the Apple II, IBM PC, or Commodore 64, or a console like the Atari 2600, Sony PlayStation, or Super Nintendo.

However, women have historically been underrepresented as designers in the video game industry. In a 2019 International Game Developers Association survey, they accounted for just 24 percent of the workforce, which was an increase from years previous. Still, they have made their mark.

Now is a great time to revisit 5 vintage video games designed by women to inspire your next trip.

Brimming with pastel colours, the game involves picking off centipedes, spiders, and scorpions in a charmingly chaotic field of mushrooms. A massive hit, Centipede offered a change of pace from Space Invaders and Asteroids.

Just one hour south of Kuala Lumpur, Malaysia’s largest city, you can head to the Centipede Temple in Seremban. At this hilltop, 19th-century Taoist temple, take a selfie with a giant centipede statue. Reputedly, finding an actual centipede on site leads to prosperity and good fortune.

It’s just a 15-minute drive from Carol Shaw’s native Palo Alto, California to Sunnyvale. At Activision’s headquarters there, Shaw programmed River Raid, which took off with more than a million copies sold. She brought a Master’s degree in computer science from Berkeley to the design process. It was all about destroying bridges, helicopters, and fuel depots in a jet, and the Atari 2600 action was addictive.

Interestingly, River Raid was banned in West Germany for excessive violence. Yet today, you can peacefully explore the World War II and Cold War legacies in Berlin, from the Reichstag to the remains of the Berlin Wall.

Archon: The Light and the Dark (Electronic Arts, 1983)

You’ll want to visit: The Netherlands

Imagine a chess-style board where dragons, goblins, and shapeshifters do battle. Anne Westfall, who began programming at age 30, created the original, award-winning Archon computer game in collaboration with designers Jon Freeman and Paul Reiche.

This endlessly entertaining blend of strategy and combat was inspired by watching armored members of the Society of Creative Anachronism engaged in sword fights, as well as the holochess scene in Star Wars. Westfall later served for several years on the board of the annual Game Developers Conference.

A giant chess board awaits Amsterdam visitors outside the Max Euwe Museum, named after the only Dutch world chess champion (1935-37). It’s near the Leidseplein, the city’s most bustling square. The museum has a shadowy past as a former Nazi prison. Today, you can learn about Euwe’s famous victory over Russian grandmaster Alexander Alekhine and check out vintage chess sets.

Did you know that the romance fiction industry is worth more than $1 billion annually? Pirate-themed best-sellers have included Johanna Lindsey’s Gentle Rogue and Sabrina Jeffries’ The Pirate Lord. Amy Briggs broke new gaming ground when she wrote the text adventure Plundered Hearts.

Infocom’s compelling 1980’s games offered written descriptions with no graphics. Players typed what they wanted to do next. What differentiated Plundered Hearts from such previous Infocom hits as Zork and Wishbringer was that for the first time ever, the story had a female lead. Briggs, a Minnesotan with an English B.A., created a heroine who must navigate a love triangle after being kidnapped by pirates in the West Indies.

On a Jamaica vacation, tour Port Royal, just outside Kingston, to learn about notorious 18th-century women pirates like Anne Bonny and Mary Read. Romance isn’t guaranteed, but rum is.

Roberta Williams is regularly hailed as one of the top game designers of all time. The California native is credited with inventing the graphic adventure with 1980’s Mystery House. In King’s Quest IV: The Perils of Rosella, Williams introduced a female protagonist. King’s Quest VI: Heir Today, Gone Tomorrow was co-designed with another legendary female designer, Jane Jensen.

However, the gorgeously vivid King’s Quest V: Absence Makes the Heart Go Yonder! is a stand-out for travel buffs. While exploring the fictional desert of Serenia, you’ll come upon a stunning desert temple whose carved mountain facade mirrors that of the Treasury in Petra, Jordan’s most famous heritage site. (You may also recognize it from the end of Indiana Jones and the Last Crusade.)

This Middle Eastern kingdom also has stunning Roman ruins at Jerash. And if you visit the Jordanian coastline at the Gulf of Aqaba, maybe – just maybe – you’ll spot Williams on a yacht. Since leaving the video game industry in 1999, she’s sailed around the world with her husband Ken. 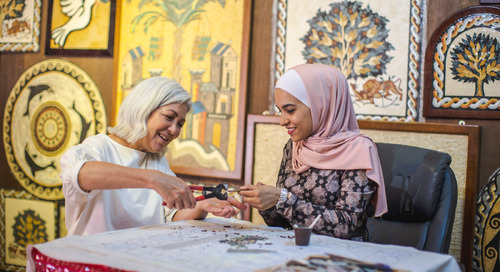 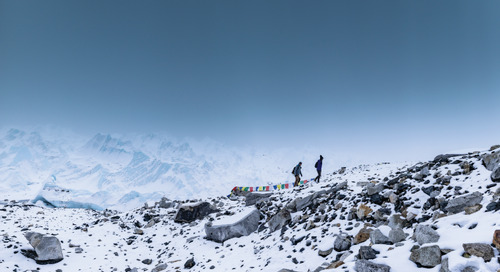