Home » The Looptail, The Travel Blog Powered By G Adventures » 5 of the world’s greatest train journeys
× Share this Article

Before we took to the skies, we rode the rails. The steam locomotive connected the world like no technology that came before it, linking isolated communities to the big cities. The magic of train travel hasn’t diminished with time, yet most of us have forgotten it. So, climb aboard and see your world in a new way all over again! From the world’s slowest express service to the longest continuous service in the world, we share five must-do-before-you-die train journeys that are among the best our planet has to offer.

As the story goes, Darjeeling's narrow-gauge steam train was established as a means to exploit the difference in price of tea and potatoes between Darjeeling and Siliguri. Today, travellers and locals alike call it the “Toy Train”, and for good reason—with its tracks laid just two feet apart, it boasts the footprint of an amusement park ride. Despite its diminutive nickname, the railway is a UNESCO World Heritage Site and its stations along the way have been carefully restored to their former colonial glory. Travelling at a breakneck speed of 12 km/h, the “Toy Train” is famous for its reverses, loops and spirals, with the temperature dropping dramatically as it ascends through tea plantations and teak forests, boasting spectacular views of the Himalayas and the world’s third-­highest peak—Kanchenjunga.

The Trans-Siberian Railway is among the longest in the world and crosses nearly all of Russia, the world’s largest country by area. From Yaroslavsky Station in Moscow, it’s a splendiferous 9,259km through taiga and mountains, across steppes and over rivers to Vladivostok in the Russian Far East. As it winds through Siberia, expect contrasts and extremes, from glacial lakes to urban chaos. Even without disembarking, this epic journey takes about a week, crossing a record seven time zones. There’s no other rail journey quite like it.

South Africa’s Trans Karoo Express passenger train covers the 1,600 km journey between Johannesburg and Cape Town. By day, the train glides past waterfalls, sunflower farms and flocks of wild ostrich, while at night it traverses the baked red earth of the Karoo—a vast, ancient plateau punctuated with stark mountain ranges that cover nearly a third of South Africa. This area of rocky mountains and incredible sunsets certainly lives up to its name—Karoo literally means 'land of thirst'. In parts, however, the terrain is still green, and antelopes and warthog dot the landscape.

The world's first international luxury express train, The Orient Express, made its mark on history like no other passenger service. From its launch at the Gare de l’Est in Paris in 1883, it soon become a timeless symbol of the art of travel. It was developed by a Belgian businessman who envisioned "a train that would span a continent, running on a continuous ribbon of metal for more than 1,500 miles," as E. H. Cookridge writes in Orient Express: The Life and Times of the World's Most Famous Train. In its glory days, it hosted a litany of interesting characters—from Lawrence of Arabia to Mata-Hari. Other well-known passengers included King Ferdinand of Bulgaria, Russian writer Leo Tolstoy, Hollywood starlet Marlene Dietrich, and Russian ballet impresario Sergei Diaghilev.

The Glacier Express is one of the most famous express services in the world—and also one of its slowest. That being said, you wouldn’t want it to move any faster, since it ascends and plunges over (and through) the southern Alps, crossing 291 bridges, some of them spanning vertigo-inducing chasms, and boring through mountains via its 91 tunnels. With its inspiring scenery and remarkable assortment of engineering derring-do, the railway links the fashionable Alpine resorts of St Moritz and Zermatt. The views as it climbs 2,253m over the Albula pass to St Moritz are staggering—and the engineering chops that made it all possible are so impressive that it has been named a UNESCO World Heritage Site. 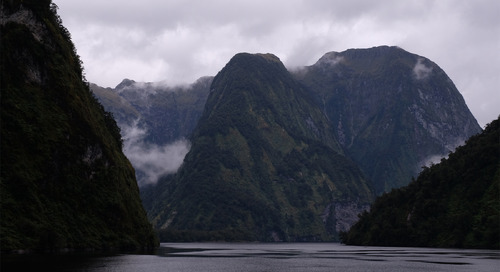 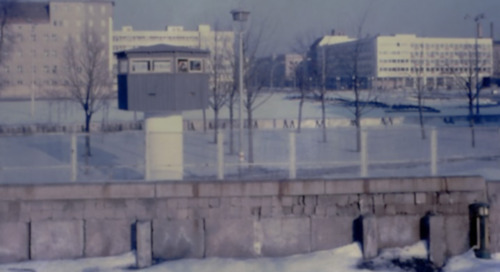 Germany’s capital has a living history that makes it a must-see on your European travels. Audrey Scott take...