From paper airplane sculptures to glowing fluorescent lights and rainbows, there’s much more to airports than the departures and arrivals gates. If you’re on a layover, it’s the best chance to check out some of the coolest art and sculptures in international airports across the globe. But spotting them isn’t always obvious — rather than a traditional gallery setting with paintings hung on a wall, there are light sculptures hovering above escalators, digital screens on walls and glowing art in windows. Some of the airport art, too, responds to architecture in some way, which makes it slightly surreal. Here’s a quick run-through of some airport art which caught our eye.

Boston artist and composer Christopher Janney has created a 72-foot-long transparent called Harmonic Convergence, an installation with 150 different colours, at the Miami airport. This colourful rainbow washes passengers in a ray of light as they walk through a corridor at the airport. It’s a sound piece, too: As travellers walk through the rainbow, they hear sounds from Janney’s trip to the Florida Everglades, a scuba diving trip, and much more.

Chicago’s airport boasts a ceiling florescent light sculpture by Michael Hayden in terminal 1. It’s a colourful array in hues of blue, yellow, red and green, which hovers above the moving escalator that transport visitors between gates. This artwork is called Sky's the Limit, and is a soothing alternative to stark bright white lighting, which might otherwise startle jet lagged passengers.

While most airports just show enormous sculptures; here, there is an actual gallery. This lavish airport in the Dutch capital has collaborated with the local Rijksmuseum to showcase a selection from their art collection. On view in the leisure zone between lounges two and three, the gallery features 17th-century paintings from the Dutch golden age, including works by Dutch masters such as Jan van Goyen, Willem van de Velde the Younger, Abraham Mignon and Michiel van Mierevelt.

A moving sculpture called Petalclouds is on view at Singapore’s Changi Airport. It was installed in 2012 in the departure hall of terminal 1, when the terminal was renovated, and is one of the world's largest kinetic sculptures. That’s not all, as the airport also has a newer “Heritage Zone” in the terminal 4 transit area, which offers a glimpse into the evolution of Singaporean shophouse architecture from the 1880s to the 1950s. There’s also a large, panoramic LED screen showing a six-minute theatre show called the “Peranakan Love Story.”

Since 1998, the Tampa International Airport has created a public art program to promote local art and culture. It’s tied around a historical and cultural theme related to the state of Florida, including permanent exhibitions, like “Art of the '60s and '70s” by local artists, and temporary shows like “Kites in Flight” by Lisa and Joe Vogt.

If you’re jet-lagged in Jacksonville’s airport in Florida, there is a selection of 150 paper airplanes hanging from the ceiling. The artwork, entitled “Migration of the Paper Airplanes” created by local artist David Engdahl, has made these sculptures out of painted steel floating through the airport’s ceiling in red, blue and yellow.

Keflavik, near Reykjavik, has a rainbow sculpture by local artist Rúrí, who has created a 24-meter-high stainless steel and glass rainbow arc right in front of the Leif Eirikson International Air Terminal Building. The arc has intentionally been left incomplete, as the artist says: “I like to think of the rainbow as an unfinished construction, and imagine that maybe one day after one hundred years or so, someone might decide to continue the work… until at last it would become a complete rainbow.” 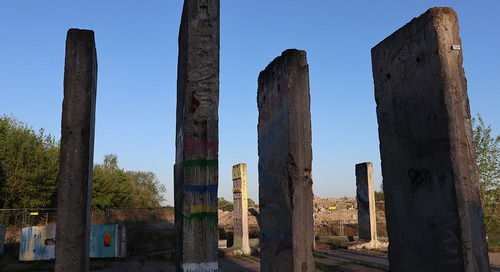 30 years since the fall of the Berlin Wall: Tips on visiting respectfully

On the momentous anniversary, it's important to remember the Berlin Wall's painful history 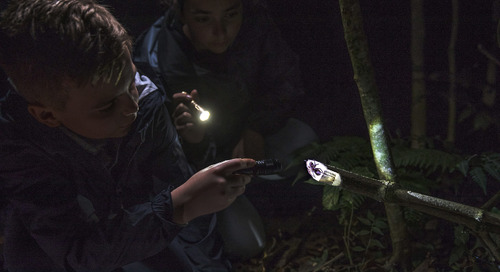