Home » The Looptail, The Travel Blog Powered By G Adventures » 7 woman-fronted movies whose settings you need to visit
× Share this Article

7 woman-fronted movies whose settings you need to visit

In recent decades, acclaimed movies directed by women or starring strong female characters have been set in countries worldwide. Why not go experience what you’ve only seen on the screen?

Here are seven female-driven movies whose settings you need to visit:

The Cannes Film Festival debuted in 1946, but it took until 2019 for a Black female director to compete for the Palme D’Or, the top honour. Mati Diop, a Faris-born director of Senegalese descent, ultimately garnered the Grand Prix (second place) for Atlantics.

This surreal, mesmerizing story focuses on the fever that possesses a young Senegalese woman after her boyfriend leaves the capital city of Dakar by boat to seek a better life. Barack Obama named it one of his favourite films of 2019, and Vanity Fair called it “the year’s best ghost story.”

In this West African nation of 16 million, you can learn about the dark history of the Atlantic slave trade on Goree Island. Check out the Henriette Bathily Women’s Museum with Senegalese women’s artwork, clothing, and traditional artifacts. Don’t miss the flamingos and pelicans at the Djoudj National Bird Sanctuary or the famously pink and salty Lake Retba.

Check out our small group tours to Senegal and The Gambia here.

Starring Madonna as Evita Perón, the legendary First Lady of Argentina (1946-52), this musical biography won an Oscar for Best Original Song with You Must Love Me. Although Perón died of cancer at age 33, the film shows how she made a lasting impression by elevating women and poor people across this huge South American country.

Buenos Aires visitors will recognize the imposing baby-pink Casa Rosada mansion, which houses the President’s offices, from the movie. After viewing Perón's mausoleum in the Recoleta Cemetery, you can relax with a glass of Malbec at a tango show.

Do your friends’ kids insist you sing Let It Go with them each time you visit? It’s no surprise. Disney’s Frozen, which grossed more than $1-billion worldwide with the animated adventures of Nordic princesses Elsa and Anna, spawned an almost equally popular 2019 sequel.

Aspects of Oslo’s Akershus Fortress and Trondheim’s Nidaros Cathedral inspired Frozen’s artwork. And if you dig Sven the reindeer, you can visit a reindeer farm and delve into Sami culture near the Arctic Circle.

Check out our small group tours to Norway here.

Surprisingly, Greta Gerwig didn’t get a Best Director nomination at the Academy Awards for this acclaimed adaption of Louisa May Alcott’s 1868 novel. Audiences continue to revel in the affection between the March sisters, Jo, Meg, Amy, and Beth.

Little Women was filmed in Massachusetts, the book’s original setting and Alcott’s home state. From the Concord River to the Harvard campus, there are numerous charming locations to check out around Boston. Fall is a beautiful time to visit.

Check out our small group tours to the United States of America here.

This is the only movie in the Mad Max series to crack the Internet Movie Database’s Top 250 list. Director George Miller perfects his vision of the epic post-apocalyptic car chase by building it around Imperator Furiosa, Charlize Theron’s steely amputee heroine.

Unforgettable, balletic action sequences were filmed in the Namibian desert, near the Atlantic coast city of Swakopmund. Explore the Sossusvlei Dunes and Sesriem Canyon — without having to fight Immortan Joe’s cultish minions.

Check out our small group tours to Namibia here.

British women first got the right to vote in 1918. Emmeline Pankhurst — portrayed by Meryl Streep in director Sarah Gavron’s film — was instrumental as a pioneering women’s rights activist. Hunger strikes, bombings, and a willingness to go to jail or even die were tools the suffragettes employed.

London, where Suffragette was shot, offers lots of ways to discover feminist legacies. Visit the Museum of London’s permanent suffragette display and the Feminist Library’s new home in Peckham.

Check out our small group tours to the United Kingdom here.

Check out our small group tours to the United States of America here. 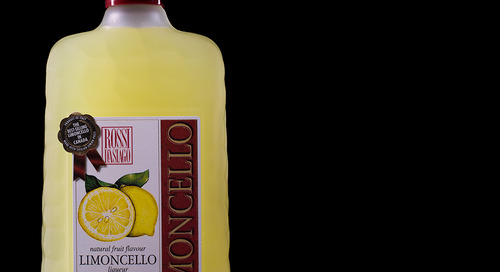 While alcohol is most commonly thought of as a social lubricant, there’s something to be said for digestifs... 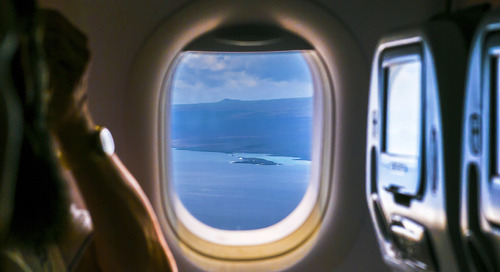 A guide to in-flight skincare, from a pro