Home » The Looptail, The Travel Blog Powered By G Adventures » A case for Latvia as Europe's most beautiful country
× Share this Article

A case for Latvia as Europe's most beautiful country

Growing up, people would ask me where my family came from. "Latvia," I’d reply. "Where?" was the invariable response. "Riga," I’d explain. "Oh, Rio," they’d reply, ignoring my distinctly un-Brazilian pallor. I’d sigh and say nothing. Not much was known about the tiny Baltic country that was, at that time, still part of the behemoth USSR. Since gaining independence in 1990, Latvia and its historic capital city, Riga, have undergone a long period of historic preservation and restoration, making it one of the most picturesque places in Eastern Europe.

I’ve been travelling to Latvia since I was a teenager and I’ve witnessed the rebuilding of the country’s centuries-old heritage sites first hand. From repairing the beautiful Art Nouveau buildings of Alberta Street in Riga to replanting the Versailles-esque gardens at Rundāle Palace near Bauska, the country is more than ready for a huge wave of tourism. It’s no surprise that the Baltic States — Latvia, Lithuania, and Estonia — were an honourable mention on G’s list of top destinations for 2018.

The centre of 800-year-old capital city of Riga is ringed by a scenic canal and a long segment of the city’s original walls. For history lovers, the must-see buildings include the Powder Tower, the Swedish Gate, St. Peter’s Church, the Dome Cathedral, the Konventa Courtyard (also a perfect place to enjoy a pint of Latvian beer), and Rozena Street — a road so narrow you can spread your arms wide and touch the walls of the buildings on each side. It’s easy to spend hours wandering the cobblestone paths, stopping at the Black Magic Bar for a Riga Coffee (made with the local specialty, Black Balzams herbal liqueur) and shopping in the outdoor markets at Skarnu Street. Cross the canal and you’ll find one of the city’s most beautiful public parks, the Freedom Monument, and the Latvian National gallery, which underwent a recent and impressive renovation (though the city’s true art gem is the Art Museum Riga Bourse on the edge of the Dome Square).

Film buffs will be blown away by the neo-Rococo Splendid Palace on Elizabetes Street, home of the Riga International Film Festival and the best spot in the city to catch classic and art house films from across Europe and beyond. Another one of the city’s cinematic secrets can be found in the Hotel Justus in the Old Town. The hotel dates back to the late 1800s and is part of a UNESCO world heritage site, but for film fans, the real lure is the fact that the hotel is the setting of many Soviet films and television series. In fact, the hotel, in its current incarnation, gets its name from the '70s TV show Seventeen Moments of Spring.

Crossing the streetcar track at the south end of Old Town will take you to Riga’s massive indoor/outdoor Central Market, where you’ll find all kinds of traditional Latvian food. Bacon lover? Make tracking down some piragi your top goal (it won’t be hard): These snack-sized buns are stuffed with chopped bacon and spices. Pickles are also popular, and you’ll find all kinds of brine-soaked vegetables in one section of the market. If you’re there in June or July, go early to the outdoor stalls and you might be lucky enough to find some tiny wild strawberries: Eat them on their own or sprinkle them with sugar and cream, but be careful — they’re addictive. For a proper dinner, splurge on a meal you won’t forget at Vincents Restorans, where Chef Martins Ritins has been leading the Latvian culinary movement since shortly after the country's independence. Or, try out one of the traditional Latvian restaurants on Kungu Iela. Seafood is always a good choice, but my favourite Latvian dish is peas and speck with a thick glass of kefir and a side of dark rye bread.

Latvia’s small size has big upsides: day trips from Riga are easy to make and there are lots of places to choose from. Dating back to the 1700s, Rundāle Palace lets you see how Latvian royalty lived in high baroque style. At the peak of summer, 20,000 roses of all different varieties are in bloom in the palace gardens. Turaida castle near Sigulda is even older. Built in the 13th century, it was the medieval home of the Archbishop of Riga. The castle’s name translates to “Thor’s Garden,” and the view from its central tower is worth the long climb to the top.

Also in Riga, you’ll find a busy nightlife scene that extends well into the early hours of the next morning (younger travellers and locals are known to head straight to breakfast after a night out). For an experience you won’t forget, head to Cafe Leningrad. The inside is a well-preserved time capsule from the Soviet era (but don’t worry, the beer is fresh).

Ready to check out all Riga has to offer? G Adventures can get you there. Check out our 13-day Baltic Adventure tour here.

From clocks that go backward to zebras in the streets, La Paz is one of the world's most amazing locales 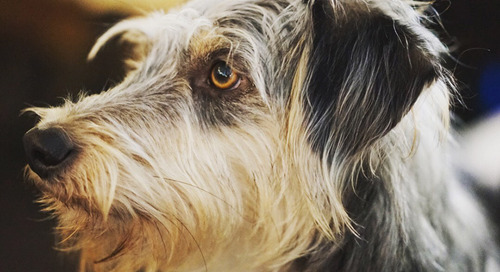 It's no walk in the park! (Which is actually a big deal, because I'd only ever done walks in the park)