Home » The Looptail, The Travel Blog Powered By G Adventures » A deeper look at Argentine Spanish
× Share this Article

When I decided to study Spanish in Buenos Aires, many who know the language well said, “Es una locura!” It’s craziness!

¿Porqué? Why would they say that? For a few reasons. First, rioplatense — the dialect spoken in the areas around Rio de la Plata (in the city of Buenos Aires, Entre Ríos Province, and Uruguay) — replaces the pronoun tú (informal “you”) with vos. Then there’s the way it sounds: rioplatense has a cadence that resembles Southern Italian, and uses a linguistic practice known as yeísmo (where the double “ll” in, say, calle and the “y” in words like playa sound closer to “shuh” than “yuh”). In this dialect, se cayó (“he fell down”) sounds just like se calló (“he became silent”). Finally, there’s lunfardo — the Argentinian slang that was spoken in the late 19th and early 20th centuries by the working class that has now worked its way into the lexicon of all porteños (“people of the port,” referring to Buenos Aires locals). One of the defining characteristics of lunfardo is the reversal of letters in a word: café (“coffee”) becomes feca, mujer (“woman”) becomes jermu, peso (Argentine currency) turns to sope, and so on.

“It’s a reminder,” Spanish instructor Rosana D’Alessandro explains, “of how dynamic language is. It’s always changing; it’s shaped by the people who speak it.” The same kind of influences are revealed in food, which is why we decided to create a cheat sheet to the places where the two converge.

To start, here are a few tips on navigating a restaurant menu (or grocery store):

Strawberries (fresas) are frutillas (remember the different sound of the double lls);

Also, house wine might be served in a pingüino, or penguin decanter. (That’s a longer story. Suffice to say, it’s cute and aerates quite well.)

Now, for a few idioms. We tackled a handful of Italian ones in an earlier post. Here, we serve up those from castellano del Río de la Plata: the Castilian Spanish of Buenos Aires.

This phrase means to be in trouble — deeper trouble when you add the chips. If, say, you haven’t managed to study all the proper conjugations for your Spanish test and are scared you’ll fail the class, or miss the bus (el bondi in lunfardo) and are late for a job interview, estoy al en el horno.

Anyone who has studied even a bit of Spanish knows there is a world of difference between ser (“to be”) and tener (“to have”). Having mala leche is specific to a situation, not permanent. So, if someone tiene mala leche, he or she has bad luck. Ser mala leche, on the other hand, is used to describe an enduring characteristic. A person who always makes negative comments, for example, es mala leche. In this context, bad milk is considered a big insult, not something you say lightly — or something you want to be.

This phrase doesn’t mean to prep a fruit basket, but rather to muddle through something. If, say, you didn’t prepare for a work call, but managed to wing it and be coherent, you’d say, “Yo mande fruta.”

This refers to the practice of adding sparkling water to wine to water it down. It’s a way of expressing calming down or chilling out about something. I’ll take it easy: “me lo voy a tomar con soda.”

Dulce de leche is the luscious substance you’ll find filling alfajores: shortbread sandwich cookies, savoured throughout South America, that will keep you on a perpetual sugar high. Made of sweetened milk that is heated slowly until it thickens into a luscious paste, its taste is similar to caramel, but better. Now imagine yourself in a boat, trying to row through a heavy sea of dulce de leche. It would be tough — a sticky place to be (a location, hence used with estar). The Argentine slang is used to describe a problem that’s difficult to get out of. If you’re going through a tough time, estoy remando en dulce de leche.

The consumption of beef is ubiquitous in Argentina, but ir a los bifes has nothing to do with going to a steakhouse. Rather, it means getting to the meat of the issue, or cutting to the chase. “When you eat asado [grilled meats],” Raquel Arévalo, a member of the non-profit Slow Food en Argentina, explains, “beef comes after other meats. When you go straight for the beef, you are jumping over the chorizos, morcillas, menudos, and so on.” The term can also have sexual connotations.

Picar el bagre (“To chop or to itch the catfish”)

We’ll wrap up with a food-related expression that actually relates to food. Pica is also defined as the moment when a fish bites a hook and takes the bait. In this context, it means being famished — as if the catfish was itching or biting your stomach. I’m starving: “me pica el bagre.” (¡Buen provecho!)

Ready to test out your Argentine idioms? Check out our small group tours to Argentina here. 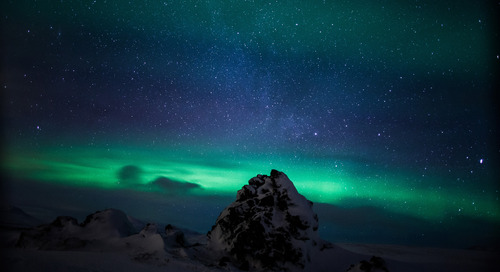 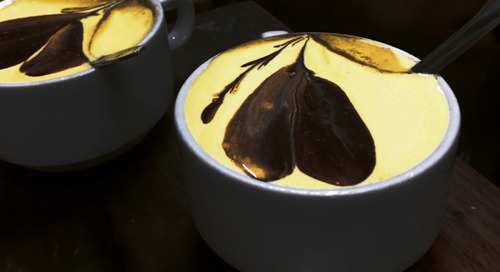 It's a slow sipper, but each second it completely worth it