Home » The Looptail, The Travel Blog Powered By G Adventures » A foodie's guide to Havana, Cuba
× Share this Article

A foodie's guide to Havana, Cuba

Cuban food has a bit of a bad rep. It can be overcooked and a bit uninspired, and it lacks the punchy heat of its Caribbean neighbours’ cuisine. That being said, Havana’s food scene is on the rise — and there are some genuine gems in the capital. You just need to know where to find them. Et voilà, G Adventures leads the way to Havana for foodies:

Among eateries in Havana, gourmet restaurant L’Atelier truly stands out. Local star chef Nirius Higueras prepares creative dishes unlike most others, including gorgeous grilled lobster, duck confit, rabbit casserole and, ropa vieja (beef stew with vegetables). L’Atelier is located in a grandiose turn of the century villa in Vedado, not far from the elegant Meliá Habana Hotel. The fact that it used to be a privately owned home gives it a lovely, lived-in atmosphere. Since there are few restaurants of L’Atelier’s calibre in Havana, booking a table is recommended — and when you do, make sure you ask for a table out on the roof terrace. There, swaying palm trees and candlelight will surround you, making the experience even more special. Don’t miss the art hanging on the wall by the staircase: they’re by local artists, and they’re for sale. Calle 5 No. 511, entre Paseo y 2, Vedado.

Before there was L’Atelier, there was La Guarida. It’s located in the same three-story building — the entrance to which is pictured at the top of this article — where the Oscar-nominated Cuban movie Strawberry and Chocolate was filmed in, giving it a bit of local fame. For he past 20 years, La Guarida been the go-to place for fine dining in Havana. Head chefs Pedro Rodriguez and Manuel Cio specialize in Latino dishes and may very well be the fathers of “nouveau Cuban cuisine,” preparing dishes such as tuna glazed with coconut, and suckling pig in a honey and orange sauce to absolute perfection. It is said that the restaurant scene in Cuba started its slow advancements in the mid-1990’s, when former leader Fidel Castro permitted private citizens to open businesses in their own homes. This is called the paladar model; La Guarida was one of the first ones, and didn’t have much competition at first, which gave it more or less undivided attention and acclaim. (So, is it still the best paladar in the city, now that there’s more rivalry? In my humble opinion: yes!) Calle Concordia No. 418, entre Gervasio y Escobar, Centro, laguarida.com/en

This modern restaurant — with an international menu, something that’s still quite rare in Havana — is situated in a timeworn printing house from the 1800s. The heritage is visible throughout, with rooms named after Cuban press masters such as José Severino Boloña and rustic furniture made that look like they’ve been directly imported from hipster hidey-holes in Berlin. Despite lying in a vast factory, the state-run La Imprenta has an intimate ambiance underlined by its central open-air courtyard, which blurs the line between inside and outside. The kitchen is open, too, allowing diners to peek inside to see the chefs at work by the old wood-burning fireplace, where they prepare everything from tapas to elaborate charcoal meat skewers. The food might not be Michelin-starred anytime soon, but the location and setting is impeccable. Calle Mercaderes No. 208, entre Lamparilla y Amargura, Vieja

I’m Swedish, so when I heard rumours about a place where Swedish chef Jonas Anderson serves Scandinavian fare under the watchful eye of Swedish music producer and film director Michel Miglis, I had to check it out! Casa Miglis has been around since 2012 and is a laidback paladar decorated in an adorably eccentric and playful style, with chairs pinned high up on the walls and telephones mounted as decor thanks to Swedish interior designer Andreas Hegert. There’s nothing too quirky about the food, though: the menu boosts familiar Nordic classics, like meatballs with lingonberry sauce. Unoriginal maybe, but it’s hearty and full of flavour. And how often do you get to try well-cooked, wonderful Scandi staples such as Toast Skagen in Cuba? Miglis claims that one of the main goals of opening Casa Miglis and its sister bar, Impala, was to create a meeting point for creative people and artists from all over the world. Michel, I hear ya: next time, I’ll bring my notepad. Calle Lealtad, No. 120, entre Ánimas y Laguna, Centro, casamiglis.com

Forget the quaint floor tiles, graffiti art and sweet-smelling flowers inside this eatery for a while and head straight for El Del Frente’s rooftop. Because this paladar might have utterly amazing ceviche, tuna tataki and other Cuban-international fusion foods, but it’s the outdoor area that steals the show: its views of Havana’s historic architecture are simply too stunning to be missed. Glossy El Del Frente is the younger sister venue of popular restaurant O’Reilly 304 (named after its address, as used to be the case for many paladars) which lies just across the street and specializes in gin. You’ll therefore be happy to learn that the city’s (so far) only celebrity bartender, Wilson, famous for his gin and tonics at O’Reilly 304, also expertly crafts the delicious mojitos and daiquiris at El Del Frente. Both places have quickly become haunts for local gastronauts and stand as textbook examples of how new bars in Cuba, which still technically are not sanctioned by the government, serve as cultural statements of persistent entrepreneurial spirit. Calle O’Reilly 303, Vieja

I know, I know: mentioning Floridita while talking about Havana is far from an “insider tip.” Not only is it the city’s most well-known fish restaurant and bar — it’s one of the most well-known bars in the world. It’s popular, but it’s a must-visit. Famed bartender Constantino Ribalaiguas is long gone, but his original frozen daiquiri recipe (rum, lime juice, grapefruit juice, cane sugar and Maraschino over crushed ice) is still on the menu. Make your way to the snazzy back room, where time has stood still since the 1930’s. This was one of Ernest Hemingway’s favourite drinking spots, and it’s easy to feel his spirit lingering by the bar (and in the shape of a statue, right next to it). A third, equally good reason to come here is the live music: The legendary Septeto Habanero, sampled by myriad modern day DJ’s, still graces Floridita with his presence and tunes. Address: Calle Obispo No.557 esq. Monserrate, Vieja, floridita-cuba.com

Ready to check out one of Havana's many mouthwatering eateries? G Adventures can get you there. Check out our small group tours to Cuba here. 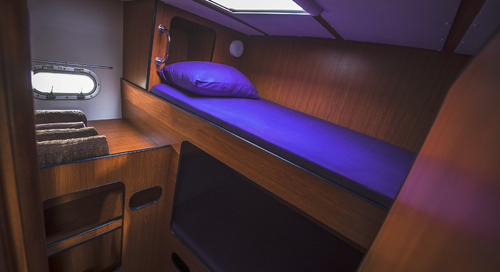 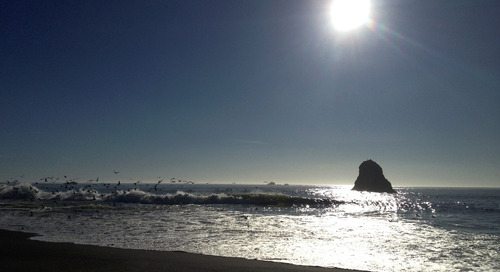