Home » The Looptail, The Travel Blog Powered By G Adventures » A love letter to the street food of Palermo
× Share this Article

A love letter to the street food of Palermo

We would never have found I Cuochini, Mecca for Sicilian street food, without professional help. Sicily’s so-called “peasant food” is the stuff of legend and Palermo, the lively capital, is ground zero.

Wandering the streets of Palermo’s UNESCO-designated Centro Storico on a balmy September evening, my husband and I strolled past endlessly tempting cafes, bars, and restaurants, all fronted by outdoor tables and chairs, cheerfully scattered along the ancient streets of via Vittorio Emanuele, Roma, and Maqueda and down the snug, light-strung, streets spiralling off in all directions. The heady scent of bread baking, thick-crust Sicilian style pizza (not the refined, thin crust, Roman pizza) being whisked out of wood-burning ovens, and steaming plates of pasta coated in breadcrumbs — breadcrumbs being another specifically Sicilian culinary accent – wafted through the air.

And I haven’t even started to talk about the seafood, which is glorious and plentiful, and which I ate quite a lot of.

Having already consumed my weight in freshly made pasta piled high with clams and mussels, fat wedges of pizza topped with roasted eggplant and breadcrumbs, and plump figs that had been picked minutes before eating, I was definitely in my happy place by this point in our trip.

And then I ventured into I Cuochini thanks to the exuberant recommendation of the friendly Sicilian who owned the apartment where we were staying. Would Palermo’s street food live up to its reputation? We were told that I Cuochini offered the best in town.

Historically, Sicilian cuisine is the result of a fascinating collision of many, many cultures. Essentially, the island has been ruled by 13 different empires over the last three millennia, each leaving a lasting mark on the food eaten there today.

Arabs dominated Sicily from the year 827 to 1091 and introduced rice, saffron, citrus fruit, spinach, chickpeas and eggplant as well as combinations of flavours such as the mix of orange juice, raisons and pine nuts that are the stuffing in swordfish rolls, a collection of flavours associated with traditional North African dishes.

The arrival of the Spanish heralded the incorporation of cocoa, peppers and tomatoes. The east coast of Sicily was ruled by the Greeks for a time. Hello fish (tuna, sea bream, cuttlefish and swordfish), olives, pistachios and fresh vegetables. The Moors brought nuts — cashews, walnuts and almonds — to the local cuisine.

Perhaps the most daunting, yet one of the most typical, delicacies associated with the capital’s street food scene is the famous (infamous?) Pani ca’ Meusa, a dish exclusive to Palermo that consists of soft bread stuffed with chopped veal lung and spleen that has been boiled, then fried in lard.

This remarkable specialty is the legacy of the large Jewish community that settled in Sicily around the year 1000. At the time, many Jewish people worked in slaughterhouses as butchers. Not being allowed to accept money for their work, they were paid in kind with the offal and organs of cow, which they then sold with bread. The sandwich hasn’t changed much since its origin with the exception that one version includes Caciocavallo cheese. I hear that Pani ca’ Meusa tastes considerably better than it sounds, but this I cannot verify.

By the time we found tiny, white-tiled I Cuochini — still in its original location tucked inside an apartment courtyard where it has been serving its delicacies in classic Palermo style since 1826 — we were ravenous.

Staring at the counter filled with rows of brown, hand-sized, morsels, we choose nearly one of everything. Our plates laden with food, we staggered over to the lone standing table and took a deep bite.

There was Timballetti, bundles of angel hair pasta packed with meat ragu and Pasticicini, baked mince meat pies. Wait, there’s more! Focaccine and Brioscine, pillowy buns made with pizza dough and bloated with chickpea fritters. Each was fresh out of the oven, the interiors a creamy kaleidoscope of deep, rich flavours.

Regrettably, we were too stuffed to eat the Panzerotti, fried calzones with mozzarella, tomato and anchovy or the Crocchettine di latte, small crochettes filled with béchamel and nutmeg.

It will have to wait until next time. That and the Pani ca’ Meusa.

Check out our small group tours to Italy here. 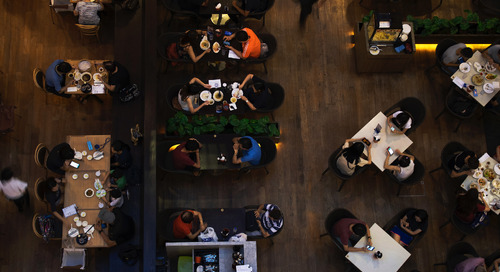 Spoiled for foodie choice in Singapore

An abridged look at the country's endless — and endlessly tasty — eats 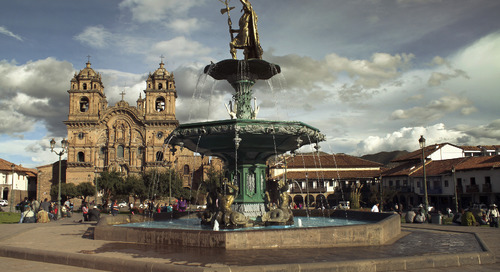 How to spend a day in Peru's capital