Home » The Looptail, The Travel Blog Powered By G Adventures » A primer to the natural wonders of Australia, Iceland, and beyond
× Share this Article

A primer to the natural wonders of Australia, Iceland, and beyond

National Geographic Journeys with G Adventures bring you face-to-face with the planet’s greatest natural wonders. For eons, they have captured the human imagination with their sheer breadth, significance, and complexity. Get closer by snorkelling the Great Barrier Reef, Australia’s underwater wonderland. Stare into the immensity of America’s Grand Canyon’s craggy valleys. Or stand silently in the presence of the Aurora Borealis as colours dance in the chilly Icelandic night sky. With National Geographic Journeys, immerse yourself in what’s amazing about your world.

The wonder: Aurora Borealis, or the northern lights, are magnificent light displays that appear mainly in the Earth's high latitudes (though sometimes they creep a bit further south than you might think).

The science: We don't fully know exactly what causes the northern lights, we do know with certainty that they are caused by an interaction between solar winds and the Earth's magnetosphere.

The history: The first documented sighting of this natural phenomena occurred in 1719.

The importance: The northern lights have long been of significance to the Indigenous people of the Arctic (the Inuit), Greenland, and the First Nations people of North America at large. While specific importance varies from one Indigenous community to the next, in many cases, the Aurora Borealis are believed to be spirits — of ancestors, hunted animals, or demons.

GETTING THERE: Try your luck at spotting the Northern Lights on our Explore Iceland tour.

The wonder: The Great Barrier Reef is the largest coral reef system in the world, spanning more than 340,000 square kilometres and comprising around 2,900 individual reefs.

The science: Corals are invertebrates — meaning, despite their appearances, they're actually animals, not plants. Coral reefs, meanwhile, are underwater ecosystems held together by calcium carbonate (which is the main substance in pearls).

The history: The central portions of the Great Barrier Reef are an estimated 6,000 to 8,000 years old.

The importance: Climate change and the gradual warming of the ocean has led to wide-scale coral bleaching, which is the whitening of coral that occurs when coral polyps eliminate the algae that lives on them. The gradual denigration of this vast and important ecosystem puts a great number of species — both oceanic and otherwise — at great risk.

GETTING THERE: Get up close and personal with the Great Barrier Reef on our Explore Australia tour.

The science: The Himalayas, which consist mainly of sedimentary and metamorphic rock, are the planet’s youngest mountains. The mountains are dotted with lakes, rivers, and glaciers; their vast range means they comprise climates from icy and frigid to tropical.

The history: The Himalayas may be around 450 million years old.

The importance: Several areas, points, and peaks on the Himalayan mountain range are sacred to the worshippers (of many faiths) that inhabit the countries through which the mountains run. Mount Kailash, for instance, is spiritually and religiously significant to Bhuddists, Hindus, Jainists and practitioners of Bon, a Tibetan religion.

GETTING THERE: Take in the majesty of the Himalayas on our Nepal: Himalaya Highlights tour.

The wonder: The 108-metre-high Victoria Falls, which straddle Zambia and Zimbabwe, isn’t just any natural wonder — it is considered by some to be one of the Seven Natural Wonders of the World.

The science: The falls are a result of soft sandstone. As the Zambezi river flowed over this sandstone, it began wearing away at natural faults and cracks, eventually creating the falls, as well as the series of gorges that follows them.

The history: Victoria Falls for Queen Victoria, who was the reigning monarch when British explorer David Livingston first saw the falls in 1855. The Indigenous Tonga name for the falls, however, is Mosi-oa-Tunya, which means “the smoke that thunders.”

The importance: The Zambezi river, which feeds Victoria Falls, has historically been of deep spiritual significance to the Tonga, who believe the waters are cleansing. The river also has ritual significance, as rainmaking ceremonies and other rites were — and are — performed along its banks.

The wonder: Iguazu Falls, which range between 62 to 80 metres in height (and exist geographically in both Argentina and Brazil), is the largest waterfall system in the world.

The science: The falls, which look like a reversed letter J, are where the Iguazu River flows over the Paraná Plateau. Iguazu Falls recede roughly three millimetres per year, and there are about 275 waterfalls in the Iguazu “series.”

The history: The falls were first visited by a Spanish explorer in 1541, at which time they were seen by Álvar Núñez Cabeza de Vaca.

The importance: The falls themselves are steeped in Indigenous folklore. According to legend, a warrior named Caroba was in love with a princess named Naipi; he took her into his canoe, and began paddling down the river, when he was spotted by a forest god who also loved Naipi. Angered that she would choose the warrior over him, the god made the land under the river disappear — thus creating Iguazu Falls.

GETTING THERE: Peek over Iguazu Falls on our Explore Argentina and Brazil tour.

The wonder: The 466 kilometre-long, 1,857 metre-deep Grand Canyon of Arizona.

The science: The extraordinary canyon is the product of a common geological process: erosion. The canyon walls’ cross-sectioned multiple colours — which indicate different geological compositions — correspond with different periods in history, dating back decades to millennia (and much, much, much further).

The history: The Grand Canyon’s history is as rich as the canyon itself is long and deep. There’s evidence of human inhabitation that dates back more than 10,000 years; Native Americans lived in the areas that now comprise the Grand Canyon National Park beginning around 800 years ago. Early settlers and explorers used the area for mining, but it was quickly converted to a (much more lucrative) tourist destination, with the development of transportation to and accommodations within the area.

The importance: As noted, some of the Grand Canyon’s first inhabitants were First Nations — notably, the Havasupai people, who have lived there for at least 800 years. Where once they laid claim to around 1.6 million acres of land, in the late 19th century, the government forced the Havasupai from their ancestral homes and onto reservations. Currently, Havasupai people still living near the canyon are active in the local tourism industry.

GETTING THERE: Take a trip to the Grand Canyon with our Discover American Canyonlands tour. 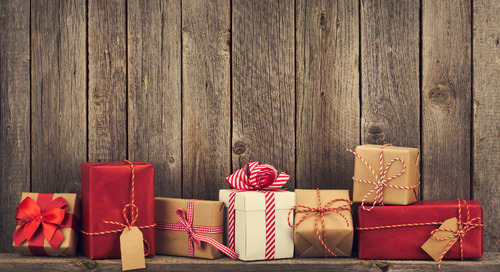 The best presents for every globe-trotter on your list 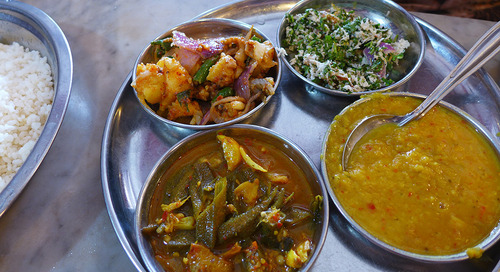 7 foods to try in Sri Lanka