Home » The Looptail, The Travel Blog Powered By G Adventures » A tale of two journeys to Norway
× Share this Article

A tale of two journeys to Norway

The inspiration for my first trip to Norway arrived in a rather fitting manner for the 21st century — via social media.

One day early last year, I was scanning the endlessly updating headlines of my Twitter timeline when I found myself staring at a photo I was simply unable to scroll past. It showed a range of rugged mountains whose steep, snowy slopes rose straight up from the sea, and at whose base were a number of red wooden houses built right along the rocky shoreline. How, I asked myself, could daily life exist in such a dramatic landscape?

I soon learned the photo was from an archipelago in the far north of Norway called the Lofoten Islands. There are six main islands — among many smaller ones and skerries — that are home to almost 25,000 people and a cod fishing industry dating back more than 1,000 years. Situated along the 68th and 69th parallels north, Lofoten lies within the Arctic Circle, yet because of the Gulf Stream’s presence, the islands also have a much more temperate climate than other locations at similar latitudes.

Given its polar setting, I loved how remote Lofoten seemed — and yet, being just two flights and a short ferry ride away from the U.S., it was still very much within reach.

By the time I arrived on Lofoten last year, it was early February and the nights were far longer than the days. Even still, I was determined to see as much of the islands as I could, given the length of my trip — I was there for just five days.

Starting in a small fishing village called Å — where the bracing wind competed with the screaming seagulls for my soundtrack — I worked my way along the islands, staying in a different place each night. Public buses helped me reach another fishing village called Ballstad, then Lofoten’s largest town of Svolvær, before — much like a boomerang — I turned around and retraced my journey back to Ballstad and Å.

In every place, it felt like I would only get settled in for the night before I had to check out again in the morning and catch a bus to my next destination, and so my observations of Lofoten grew as a series of small, fleeting impressions: Towering wooden racks along the shore, upon which cod were hung to dry in the brisk, salty air; the luminous green glow of the Northern Lights, the first time I saw the auroras dance above me; and most of all, those red houses and fishermen’s cabins, called rorbuer, just like in the first photo I’d seen of Lofoten.

I shared photos on Instagram throughout the trip — perhaps as a way of thanking social media for introducing me to the islands in the first place. In the caption of my final photo from Lofoten, I wrote: “I have a feeling Norway and I will be meeting again soon.”

Little did I know, though, just how soon it would be before I would see Lofoten.

Almost a year and a month to the day I left Norway, I was back on a ferry bound for Lofoten from the mainland — this time for 10 weeks. It isn’t often that I choose to revisit places, but soon after arriving back on Lofoten, I began to discover the rewards of rediscovery.

First, there was the reward of experience — of meeting a fellow traveller on the ferry and being able to help answer her questions about where to stay and how to move around the islands. There was also the reward of connection, of having the time to talk with people beyond my bus drivers and guides, and getting to know Lofoten through their eyes. But the richest reward of return that I discovered was that of familiarity.

With each week on Lofoten, my initial fleeting impressions of the islands grew in depth and detail — even my sketches grew more nuanced, as a result of the time I had to observe my surroundings more carefully, and with greater focus and attention. The single sketch I created on my first journey to Lofoten was drawn inside a rorbu (a seasonal house traditionally used by fishermen) I stayed in for two nights, and I can’t help but feel that the simplicity of the scene speaks to the newness of my relationship to the islands at the time.

On the other hand, a sketch from my return journey is of the hostel I lived in for six weeks, in a coastal village called Stamsund. I titled the sketch At home in Stamsund, because that’s exactly what I had come to feel — that after weeks of starting a fire in the wood-burning stove every morning, of cooking with the cast-iron pans that hang above the stove, and of watching the fishing boats return to the harbour every afternoon from the hostel’s curtained windows, a place that had once been entirely foreign to me now felt as familiar as home.

To me, the two sketches help to show the roles that different journeys can play in the overall journey of our lives. Some trips, no matter how short, ignite a spark in us for a new place, while return trips can give that spark the time and space it needs to grow — for the thrill of discovery to transform into a steady flame of belonging and connection.

Last month, I said goodbye to Lofoten for the second time. And every now and then in the weeks that have followed, as I’m scrolling through Instagram or Twitter, I’ll come across a photo of the islands online — one that usually showcases their soaring peaks, quiet harbours, and a trademark red house sitting between the two.

Each time, the photo never fails to stop me in my virtual tracks, just as that first image I once glimpsed of Lofoten did — but now, it’s because I’m looking at a picture of home. 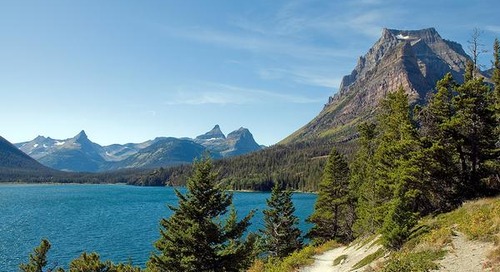 We share eight essential items to pack when you’re headed out to explore America’s Best Idea — the National... 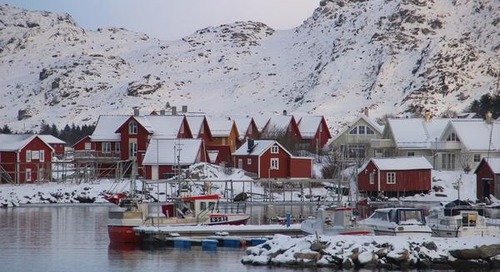 Norway: A tale of two journeys

Artist Candace Rose Rardon celebrates the familiar amongst the foreign in this series of images from Lofote...