Home » The Looptail, The Travel Blog Powered By G Adventures » An illustrated guide to regional Canadian slang
× Share this Article

As a country, Canada has a reputation for cold weather, a polite population and, these days, a very photogenic prime minster. But the Great White North is also home to its own linguistic idiosyncrasies that go well beyond “homo milk” (homogenized milk, or whole milk) and the way we pronounce the word sorry. In fact, Canada has its own regional jargon, which differs from coast to coast, and reflects the country’s French and British heritage, and that of the Indigenous peoples who lived here long before settlers arrived. Here, a brief look at some of the peculiar Canadian slang you’ll find from coast to coast, and what each term means.

Where they say it: Newfoundland, and occasionally elsewhere in the Canadian Maritimes

What it means: A contraction of the word “boy,” spoken with a characteristic East Coast Canadian inflection.

Where they say it: Cape Breton Island, in Nova Scotia, Newfoundland, and elsewhere in the Maritimes

What it means: Notebook

Where they say it: New Brunswick, and elsewhere in the Maritimes

What it means: Slippery

Where they say it: Prince Edward Island, almost exclusively

What it means: Literally, a tabernacle; less literally, it’s an expletive that Quebec French-speakers would use in place of, say, “shoot”

Where they say it: Quebec

Where they say it: Ontario, mainly in the north

What it means: A cream-filled doughnut

Where they say it: Manitoba; in Alberta and Saskatchewan, a “bismark” is a jelly-filled doughnut (in Manitoba, this is referred to as a “jambuster”)

What it means: A hooded sweatshirt

Where they say it: Saskatchewan

What it means: Men’s underwear

Where they say it: Alberta. "Gitch" and "gonch" are also used, and this terminology is common in Saskatchewan, Manitoba and British Columbia, as well.

Where they say it: The word, which has its origins in Chinook jargon, is commonly used in British Columbia and elsewhere in the Pacific Northwest

What it means: A newcomer

Where they say it: This word also has origins in the Chinook language, and is used in the Yukon, as well as Alaska

What it means: A four-wheeler or all-terrain vehicle.

Where they say it: Mainly in Canada’s more rural, northern regions, like the Northwest Territories, but it's used throughout Canada

What it is: The pace of things in Nunavut, where daily life is largely affected by weather patterns

Where they say it: Nunavut

Ready to try your hand at Canadian slang? G Adventures can help. Check out our small group tours to Canada here. 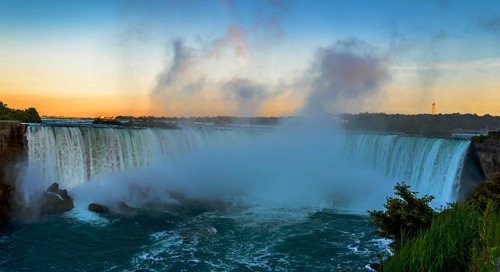 Glumly visiting the Falls with excited visitors from out of town is a Canadian rite of passage. This should... 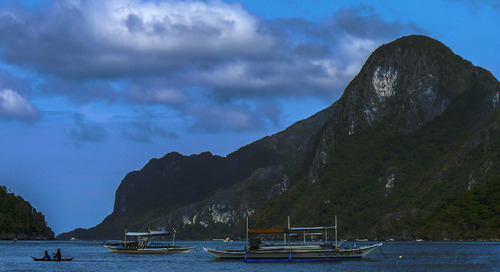 The Asian country's food is as diverse as it is delicious