Home » The Looptail, The Travel Blog Powered By G Adventures » An illustrated love letter to Uruguay
× Share this Article

One bright summer afternoon in Montevideo, Uruguay, I opened my sketchbook and studied my subject for the day: a set of tall, white letters spelling out the city’s name. It’s a popular landmark, especially given its location right on the coast of the Rio de la Plata — the river that forms part of the border between Uruguay and Argentina.

As a stream of tour buses pulled up and travellers struck poses atop the letters for their photos, I slowly captured the scene in my sketchbook — first, the Montevideo sign itself; then the wide, sandy arc of Playa Pocitos, far more packed with beach-goers than my sketch could show; and lastly the palm tree-lined Rambla behind the beach, or the 22km (14 mi) long boardwalk that follows the river along the entire length of Montevideo.

Not long after I put down my pen and began to paint with watercolours, one of the tour bus drivers walked up, peered over my shoulder at the sketch, and said hello. As we began chatting in Spanish, he asked, “Are you travelling here or studying?”

I couldn’t help but smile as I answered him. “Actually, sir, I live here.”

If you had told me this time last year that I would be living in Uruguay, I’m not sure I would have believed you — not least because of where I was at the time.

In the spring of 2016, I spent 10 weeks on Norway’s beautiful Lofoten Islands (which I wrote about for G Adventures here). And it was there in the far north of Norway — inside the Arctic Circle, in fact — that I met a fellow traveller named José, who told me he was from the very opposite end of the world: Uruguay.

“Which part of Uruguay?” I asked him, though I was hardly familiar with the country’s geography; at best, I had a general idea of its location between Brazil and Argentina, in the southern half of South America.

Thus began my education on Uruguay, which only continued when José and I began dating a few weeks later, and culminated with me moving here last September. I’ve now been living in Montevideo for almost six months, and Uruguay has gone from a place about which I knew very little, to one I’ve come to appreciate and even love.

Today I want to share some of my favourite sketches from the past six months with you. Each represent a different region of Uruguay — it’s an illustrated love letter to a country that I hope you’ll consider visiting soon, too.

The vast majority of my time in Uruguay has been spent in its capital and largest city, Montevideo, where more than a third of the country’s population — about 1.3 million people out of a total 3.38 million — lives.

But Montevideo never feels overwhelming, like some big cities do. Many of its most prominent neighbourhoods have been built along the coastline of the Rio de la Plata, which is one of the widest in the world — it’s so wide, in fact, that I often forget I’m looking out onto a river, not an ocean.

The river’s steady presence has a calming effect on life in Montevideo, keeping the city close to the rhythms of the natural world. Here, I slow down and linger over a dulce de leche-filled alfajor cookie in one of the many charming cafes in Montevideo’s old town, Ciudad Vieja. I’ve learned to come together with friends and family in the evenings for merienda, the Uruguayan equivalent of afternoon tea, between lunch and a late dinner.

Best of all, I love heading to the Rambla for a nightly stroll at sunset, the boardwalk always teeming with runners, cyclists, and even rollerbladers — each with a Thermos of hot water and ubiquitous cup of yerba mate tea in tow.

But as much as I’ve enjoyed adapting to the slower rhythms of life in Montevideo, I’ve also learned Uruguay is practically designed for daytrips and shorter explorations.

One of my favourite places to escape to on the weekends is Colonia del Sacramento, a colourful, colonial town about a two-hour drive west of Montevideo — and just an hour from Buenos Aires, via a ferry ride across the Rio de la Plata.

Founded in 1680 as a Portuguese settlement — though ruled by the Spanish at several points in history — Colonia’s historic quarter is one of two UNESCO World Heritage sites in Uruguay. This rich sense of history lends Colonia a feeling of timelessness; the uneven, cobblestoned streets and bougainvillea-covered buildings are an echo of the town three centuries earlier.

Colonia is a daytrip to the west, but in Uruguay, I’ve learned one should go east as often as possible.

As you follow the highway out of Montevideo, the first key stop you hit is the coastal resort town of Punta del Este, where the Rio de la Plata gives way to the Atlantic Ocean. It’s beautiful there, but keep going: Smaller, less-developed beach towns — such as José Ignacio, the protected natural reserve of Cabo Polonio, and finally, Punta del Diablo, which is less than an hour’s drive from the Brazilian border — are must-sees.

For me, these rustic beach towns — and their sweeping landscapes of sand dunes, sea, and sky — are the pinnacle of Uruguay’s tranquility.

I’d been to South America twice before moving to Uruguay, always in search of pulse-racing adventures, like trekking through jungles to the Lost City of Colombia or standing in wonder before Machu Picchu in Peru. The beauty of Uruguay is set to a different cadence. It invites you to embrace quieter rituals and move to a slower tempo. If your experience is at all like mine, this is a rhythm that will be hard to leave behind.

G Adventures runs a number of tours through Uruguay encompassing a wide range of departure dates and activities. So, if you’re looking for a trekking adventure, an urban exploration or just want to get off the usual tourist path in one of South America’s most exciting countries, we’ve got you covered. 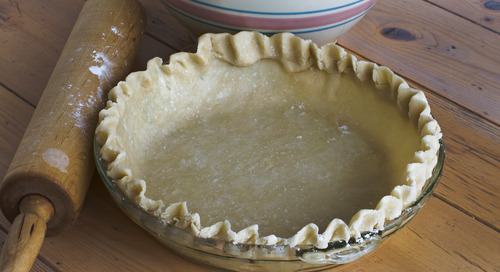 To celebrate Pi Day, here's a look at some slightly bizarre desserts from around the globe 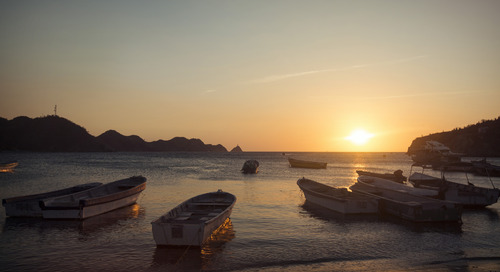 Getting off the tourist trail for some of the most unique and memorable experiences the South American coun...