Home » The Looptail, The Travel Blog Powered By G Adventures » Antarctic animals vs. Arctic beasts: A quick look at who lives where
× Share this Article

Antarctic animals vs. Arctic beasts: A quick look at who lives where

The Arctic and the Antarctic have plenty in common — namely, both regions are vast, cold, and best accessed by boat. But while they share cold temperatures, the Arctic and Antarctic vary drastically in the type of animal life they harbour. Here are five animals you’ll find in each region.

HABITAT: These migratory beasts range between 50 and 81 degrees of latitude throughout Canada, the northwestern United States, Greenland, Norway, Finland, Russia, and Mongolia.

DID YOU KNOW: Though reindeer and caribou look different (reindeer tend to be smaller, for one thing), they’re from the same species. North American populations of rangifer tarandus are called caribou, European ones are reindeer, and none of them can fly (as far we know).

CONSERVATION STATUS: Vulnerable. Though there are still plenty of reindeer roaming the Arctic, populations have declined sharply in recent years, which has conservationists concerned.

HABITAT: Throughout the northern seas surrounding Canada, the U.S., Greenland, Russia, Svalbard and the island of Jan Mayen.

DID YOU KNOW: Belugas’ distinctive – and flexible! — foreheads are called melons. They can change the shape of their melons at will, which allows them to make facial expressions and communicate with other whales via chirps, clicks, whistles, and squeals.

HABITAT: These apex predators, whose Latin name means “sea bear,” spend most of their life around water, usually on sea ice throughout northern Canada, Alaska, Greenland, Norway, and Russia. (You can visit many polar bear habitats on our Realm of the Polar Bear tour, endorsed by animal activist Jane Goodall.)

DID YOU KNOW: 60 to 80 percent of the global polar bear population lives in Canada.

HABITAT: Snowy owls have an extremely large range that includes Canada, the U.S., Finland, Greenland, Iceland, Sweden, Norway, Russia, China, and Japan — but they have been spotted as far afield as Portugal and Ireland. There was even a rumoured sighting in Bermuda in 2013!

DID YOU KNOW: Unlike most owls, snowy owls are diurnal, or active during the day.

DID YOU KNOW: Arctic foxes don’t start getting chilly until the temperature hits -50°C (-58°F) (!) thanks to a thick coat (the thickest of any Arctic animal), fur-covered feet (even the soles) and a bushy tail that does double duty as an additional layer of warmth.

HABITAT: These giants of the penguin world are marine creatures, but they’re considered pelagic, which means they stick close to the shoreline. Though they’re native to Antarctica, they’ve been spotted in Argentina and New Zealand, too.

DID YOU KNOW: Unlike many animals, males and female emperor penguins grow to about the same size and have similar plumage. And, as anyone who’s seen Happy Feet knows, dads are the ones who care for the egg, keeping it tucked between their feet and belly feathers until it hatches.

CONSERVATION STATUS: Near Threatened. Though the emperor penguin population is healthy for now, experts project a rapid population decline in the coming years due to climate change-induced habitat loss.

HABITAT: Minkes favour “open pack ice” (when there’s a lot of open water between ice floes) in the summer, and migrate to tropical waters come winter.

DID YOU KNOW: Minke whales are the smallest of the baleen whales, and the only species of whale that is still commonly found in Antarctica.

CONSERVATION STATUS: There’s not enough data for an assessment, but the most recent assessment, in 1996, classified these whales as Lower Risk.

POPULATION: There’s a lot of uncertainty, since its territory is widespread and remote, but experts estimate a population of up to 220,000.

HABITAT: Leopard seals live on and around pack ice throughout the southern hemisphere, from the Antarctic coast to sub-Antarctic islands like Heard, McDonald, and the South Sandwich Islands.

DID YOU KNOW: Though leopard seals are known for eating penguins, they’ll actually eat just about anything, including squid, fish, and the pups of other seal species.

HABITAT: Wandering albatrosses live up to their name with a territory that spans from Antarctica to Namibia.

DID YOU KNOW: The wandering albatross is the largest of the diomedeidae family and has the largest wingspan of any bird (up to 3.5 m or 11 ft). These giant birds spend most of their time flying — they only return to land to breed.

CONSERVATION STATUS: Vulnerable. Experts believe a drastic population loss of about 4 percent a year is due to fisheries — the birds range so far afield that they encounter many longline fleets, upping their risk of being caught accidentally.

POPULATION: The estimated biomass of krill throughout the Antarctic continent is 200 million tonnes

HABITAT: Antarctic krill are exclusively found throughout the Southern Ocean, both in the open ocean and in coastal areas.

DID YOU KNOW: Though they’re tiny — only about the size of your pinky finger — there are so many krill in the Southern Ocean that, at some points during the year, giant schools can be spotted from space.

Want to check out the polar bears of the Arctic? Or would you prefer the Emperor penguins of Antarctica? G Adventures can get you there. Check out our wide variety of polar Expedition trips here. 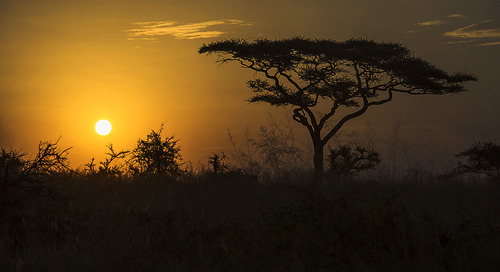 Beyond the "Big 5:" What to watch out for on the Serengeti

Even if you don't spot a lion, a trip to Tanzania will leave you with memories for a lifetime 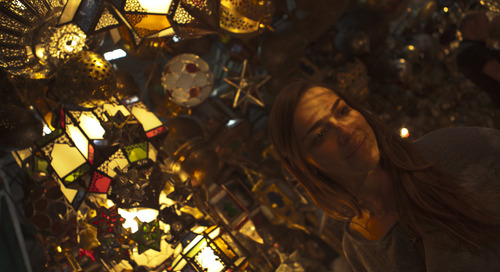 How to play the unusually high-stakes game