A bountiful land of eye-popping landscapes, sprawling cities, and adventure at every turn, North America combines the wonders of nature and man together into an unbeatable package. For a limited time, we’re offering 30% off select Yolo and Classic trips in North America. Book by August 31, 2016 for travel by September 30, 2016. Check out the trips here.

“You’re lucky! We still have some tongue.”

The waitress at Bar Gernika is, perhaps, a little more excited about this than I am. But it’s nothing surprising. After all, every Saturday is “Beef Tongue Saturday” in this corner pub in downtown Boise, Idaho.

Idaho’s biggest city is probably best known for its foothills to the Rockies and the unique blue football field of Boise State’s football team. But I’m here to explore Grove Street’s “Basque Block,” where I find Basque culture flourishing. Red-green-and-white ikurrina Basque flags fly, and Basque song lyrics are marked on sidewalks. There’s a couple eateries, a market, a cultural centre (with a cheap bar that draws a fun mix), and a traditional squash court.

All this is here because Idaho’s home to the biggest Basque population in North America. Nearly one in 10 Boise locals claim Basque heritage.

At 3:30pm, Bar Gernika is nearly full. I sit at a small table by the narrow bar. I scan the menu and see Basque wines, USD $5.00 Kalimotxo (a half cola, half red wine), and a traditional solomo pork loin sandwich.

But it’s Sunday. I’m going for tongue. I’m told it’s slow-roasted for two days, then served in pimiento sauce with garlic (“the woman who makes it comes in at 6am to cook it every week”).

I’ve not had tongue before, Basque-style or otherwise. And I find this meat, breaded then fried, tenderly coming apart as I chew. It’s excellent.

The Basque are an interesting people. They define themselves by the language, the Euskera, which is generally considered the oldest living European language. (It was Romans who first called them Vascones, which evolved into “Basque.”) They’re a people who’ve never had a nation to themselves. “Basqueland,” as Mark Kurlansky writes in The Basque History of the World, “exists on no maps except their own.” As people go, they’ve been pagans (then some of Christianity’s most fervent followers), legendary whalers and shipbuilders, and early proponents of rubber, chocolate, and tobacco.

I learn some of this at the nearby Basque Museum, where I meet the director Annie Gavica. I ask, why Idaho for such a big Basque community? She brings up sheep.

“There were three million sheep in Idaho” when Basque people first started coming in the late 1800s, she says. “To be a sheepherder you didn’t need to speak English or have a high-level of education.”

Annie says not everyone who visits Basque Block, though, has much of an idea who the Basque are.

“Some people are like, you’re what? Basque? Isn’t that a fish?”

She leads me next door to a Basque boarding house (the Cyrus Jacobs –Uberuaga House), built in 1864. Past the white-picket fence, inside we find period-piece furnishings and details like Edison bulbs. It’s small. Twenty-five would live in the small space at one point. But boarding houses like this are a huge source of pride to Basque Boise. (In fact, etxea, or house, is a root in many Basque names; many Basque in Europe introduce themselves by house name first, family name second.)

“These boarding houses served as a home away from home,” Annie explains. “They’re one of the reasons the culture’s so strong here.”

Next to the museum, in a former boarding house, is a giant squash court, called a fronton. Leagues here play handball, Jai alai (or “happy game,” played with a basket racquet), or paleta goma (played with a squash-like wood racquet).

I want to try out the sport, and arrange to meet up the next morning with a bearded local in a tight blue shirt and white pants.

The fellow in blue is Martin Bilbao, who says his is a “typical story” for a local. The son of a sheepherder, Martin’s “full Basque.” He studied the language in Bilbao. The day before he met with a half-dozen cousins to make chorizo. “This is normal, just what we do.”

He leads me onto the long, high-ceiling court that first opened in 1914. He and a friend demonstrate the low-winding hits of the hard rubber ball, sending the small black ball low toward the distance wall. They let me try, and — after a few wild misses — manage to get a shot or two there.

I sit at one of the communal tables. And soon my delicious Egg Pipparade comes in a tomato stew with green pepper, scallions, and chorizo, potatoes, and handfuls of “sheepherder bread” on the side. I work my way through, then munch on cinnamon-sprinkled churros, as I humblebrag to my waitress about my paleta goma debut.

She says she prefers handball to the racquet game.

“It’s like a caveman version. You have to hit your hands with sticks and step on them to get them ready.”

Think I’ll go with another Bloody Mary instead.

Want to see Boise, Idaho for yourself? Check out National Parks of the Northwest. Imagine a two-week breath of fresh air and you've pretty well summed up this 15-day tour of some of the greatest American national parks there are. Curiosity piqued? We’re thrilled at the prospect of showing you this big blue planet of ours — check out our small group trips here. 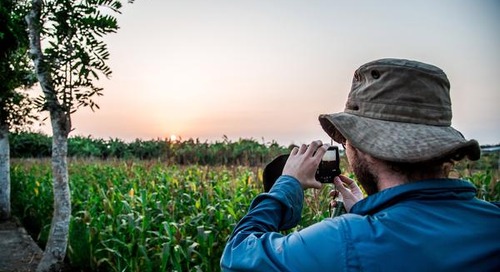 Less than forty years since the savagery and slaughter of war, this resilient nation is buoyant with hope. ... 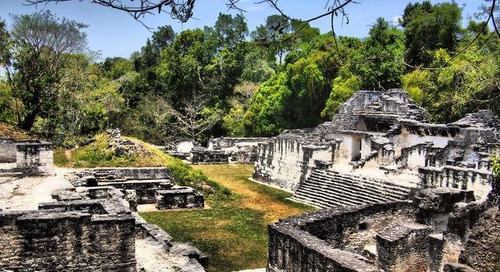 Battles, droughts, and deforestation — not your usual suspects for the fall of a heroic civilization. Jodi ...