Dalmatia is magical in summer. Crystal-clear turquoise water. Sunsets so saturated they’re surreal. Even the air is whimsical: tinged with brine, rosemary and pine.

Come winter, Croatia’s coast becomes stern. The skies are almost always heavy with clouds ready to pop at a moment’s notice. The sea, so docile most of the summer, can swell into a boat-swallowing nightmare in an afternoon.

Every February, the residents of Dubrovnik shake off their winter blues with a celebration of St. Blaise, the city’s patron saint. According to legend, the saint saved Dubrovnik from an attempted Venetian invasion back in 972. So to thank St. Blaise, the locals throw him an annual bash (the party’s now entering its 1,047th year).

The Festival of St. Blaise boasts all the hallmarks of an epic party: it takes place over several days, there are costumes, a parade, heaps of party-specific foods served only at this fest. Oh, and you might get hit by a flying orange.

As a second-generation Croat, I know that Dubrovchani (that’s what you call folks from Dubrovnik) revere this holiday. It’s up there with Christmas and Easter for them, but I had never made it over to Croatia to see what all the fuss was about. As a Canuck, if I’m going on vacation in the middle of winter, it’s going to be to some place I can bare my shoulders and soak up some much-needed vitamin D.

But this past year, during one of the coldest, longest winters I’ve ever suffered through, I decided not to beach. Instead, I’d make the pilgrimage to see what the Festival of St. Blaise was all about instead.

Although the colour was drained from the hills and the sky, winter in Dalmatia boasts its own beauty. It’s now that the olive trees are heavy with deep purple fruits, ready to be crushed into oil. And the orange trees, too, are loaded with fruit. A single orange tree could cure an entire naval fleet’s worth of scurvy.

Most years I visit Croatia in August. Since I’m there during peak tourist season, I typically avoid Dubrovnik. The walled city loses its ancient charms when flooded by Game of Thrones fans. In winter, the town’s almost only locals, and it’s delightful.

The fete kicks off on February 2 with “Kandelora” a celebration of light. There’s live music, doves are released, the flag of St. Blaise is raised, and the entire town lines up to have their throats blessed.

The next morning I’m woken by a mix church bells, muskets, and thunder. The rain’s coming down in sheets. St. Blaise is usually known for having unseasonably amazing weather, but I guess that’s not the case for my visit.

The bells act as shepherds, herding the residents over to the square for church (they’ve been going off for hours). There, a choir huddles under umbrellas while still trying to hit high Cs. If the rain keeps up, the parade scheduled to follow mass might be cancelled.

Just as the bishop nears the end of his sermon, the clouds break, and sun floods the streets. Now, I’m an avowed atheist, but I still appreciate serendipitous timing.

Once church wraps up, it’s time for the fun to begin. The parade features marching bands and trombunjeri, men dressed as the old Dubrovnik city guard complete with muskets (these are the guys I heard in the morning).

They are followed by bannermen from various churches (some from as far away as Bosnia). Many of the small villages march alongside their flag-bearers, wearing their traditional folkloric outfits. It’s a riot of colour, smiles, and very intricate, proudly waved flags. These are not costumes donned for tourists, but traditions proudly kept alive.

After the parade, we break for lunch. My cousin makes us a traditional feast from three different types of cabbages prepared with an assortment of boiled, cured pork. It’s hearty stuff. And dessert is on-theme: We’re served stonska torta, a chocolate-nut cake with pasta baked into the batter.

About five pounds heavier, we push off to watch the flag-bearers present their flags with flourishes to a seated panel of priests. (They’re meant to bring the blessings of St. Blaise back to their respective villages.)

At the same time, there’s a lottery going on in a nearby town square. Numbers are called out over a loud speaker. One unlucky bloke is tasked with marking the numbers on a giant lottery card that hangs from a bell tower. Whenever he emerges, a bushel of rotting oranges flies into the sky, aiming at him. It’s in good fun, but if you’re losing the lottery it’s a bit cathartic, too.

Instead of a snowball fight, kids erupt up in an orange fight, turning Dubrovnik’s marble streets into a slip and slide.

Then, signalling the end of the day, the trombunjeri march over to the marina and begin firing their muskets towards the sea. Parties continue on through the night fuelled by homemade brandy. There’s supposed to be more church tomorrow and a pilgrimage to the church of St. Blaise in Gorica (just outside of town), but my cousins tells me to heck with it. We’ve had enough church: let’s just celebrate. 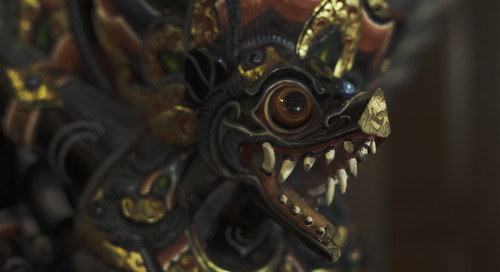 What's boreh? A look at the Balinese skincare ritual

The ancient mix of herbs and spices offers a curative, relaxing ritual 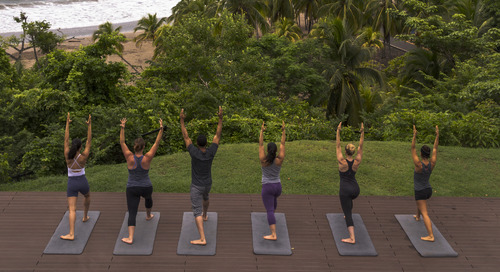 What's your Wellness intention for 2019? Here are ours