Home » The Looptail, The Travel Blog Powered By G Adventures » Courage pays dividends when facing the haka in New Zealand
× Share this Article

Courage pays dividends when facing the haka in New Zealand

From the way he hops from foot to foot and the shrieks he emits, you could be forgiven for thinking the bare-foot man in front of me has walked onto a tray of Lego. But really is no laughing matter. In fact, I’m under strict instructions to betray no emotion, and to maintain eye contact with in stony-faced observation of the ritual unfolding in front of me.

I’m in Rotorua, in New Zealand’s North Island, and I’m facing the wero, or challenge, issued by the tangata whenua (hosts). The warrior drops a fern frond onto the ground between us and backs off to assess my response. I’ve been told to approach slowly and pick it up. This signals that I bring my tribe, my iwi, in peace. Lowering his spear, the warrior signals that he is happy with my acceptance of his offering. He retreats, and his chief now approaches me. We touch noses twice — an action called the hongi — to breathe the same air and mark this meeting.

Having cleared this first hurdle, my iwi — the group of travellers I accompany — must now face a haka. The tangata whenua warriors gather in front of their village gate and from above the ramparts a female voice chants. A horn sounds, long and low, and the warriors — bare-chested and tattooed — perform a perfectly choreographed war dance.

This is not the chest-beating, thigh-slapping haka of the All Blacks, the legendary New Zealand rugby team. Villages, tribes and sports teams each have their own hakas, each with defined movements, stamping, and rhythmic chanting. No longer is it reserved for men going to war. Hakas are performed by men and women to welcome guests, to bid farewell at funerals, and to tell stories. Each one recounts a tale through protruding tongues, distended eyes, quivering hands and body slaps.

“Kia ora,” calls the Maori chieftain in welcome, extending his arms to take in my whole tribe. I’ve done my part of the powhiri welcome ritual and we are permitted to enter the village through the decorative red wooden gate, flanked by carved figures on totems.

We tour the village, seeing traditional houses, learning about customs and games and identifying plants used for construction and medicine. One of the stops is at the hangi, a large hole in the ground where the embers of a fire have heated large flat stones on top of which have been placed trays full of food: Chicken, lamb and kumara, the sweet potato brought to New Zealand by the Maori people.

Later, when the wet sacking has been removed from the hangi pit where our dinner has slowly steamed and cooked, we tuck into a veritable feast. The food from the hangi – the earth oven – is tender, succulent and delicious. There is plenty more besides, including that most kiwi of desserts – the pavlova, a riot of meringue, cream and kiwi fruit.

Everyone at Mitai Maori Village’s Cultural Experience wants to help. Uncle John, the Master of Ceremonies asks if I have any questions. And I do. Having had the privilege of just seeing one performed up close, I want to know more about the haka.

“Most people that come here, just know the All Blacks haka,” he tells me. “And they’re quite surprised when we tell them that different tribes have different hakas.” Maori folk belong to an iwi, a tribe, according to the mountain they come from. John explains that the haka for one iwi will be markedly different from its neighbour’s and will carry meanings pertinent to the history of that iwi alone.

Since the haka was brought back to prominence by the All Blacks under captain Wayne ‘Buck’ Shelford in the 1980s, even schools and colleges have written or adopted their own versions to perform prior to matches and in celebration of victories. Uncle John, the evening's master of ceremonies, explain the meaning of the famous Ka Mate haka performed by the New Zealand rugby team.

“Its proper name is the Te Rauparaha haka, after the chieftain who wrote the haka,” says John. According to legend, he was being pursued. Another chieftain hid him in his kumara pit and stood over the top to shield him from view. The words recall the emotions of Te Rauparaha as he hid and wondered whether he would survive: “Ka mate, ka ora” means “Will I die, or will I live?”

Enriched by this new knowledge, it’s a treat when the Mitai villagers form up and perform that very haka to bid us farewell at the end of the evening. Once the formality of the initial challenge, the wero, was out of the way, they had been welcoming and friendly. But, as they brandish their clubs and spears, make their eyes bulge, stick out their tongues and beat their chests, I can’t help thinking I wouldn’t want to meet those warriors on a rugby field — let alone a battlefield.

Ready to face the haka in New Zealand? G Adventures can get you there. Check out our small group tours to New Zealand here. 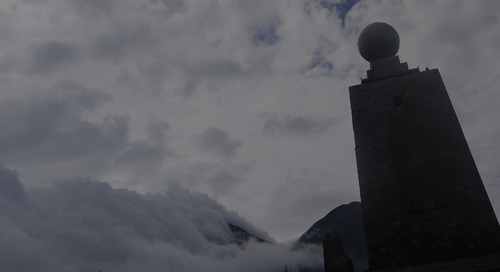 The many faces of Ecuador

From the Andes to the Amazon, Ecuador’s interior delivers a new surprise at every turn 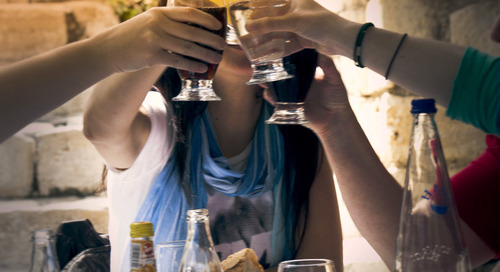 Appreciating local liquors speaks to the peculiar power of travel