Home » The Looptail, The Travel Blog Powered By G Adventures » Don’t Wait: Now’s the Time for Ecuador
× Share this Article

On the evening of Saturday, April 16, Ecuador suffered a devastating magnitude-7.8 earthquake near the northwest coastal towns of Manta, Portoviejo and Pedernales. At least 600 people were killed and more than 2,000 injured. With tremors felt in the capital city of Quito and as far away as Peru and Colombia, the quake was one of the worst to hit the region since 1979. Now, in the weeks following the earthquake, Ecuadorians are bracing themselves for further aftershocks — both natural and economic.

So what can you do to help Ecuador and its people? One of the answers is pretty simple: Visit.

Natural disasters can have a devastating effect on tourism. Following times of crisis, however, the dollars they generate are more important than ever. While travellers are advised to steer clear of areas near a disaster’s epicenter, where damage and destruction are greatest and the presence of tourists can hamper recovery efforts, there’s never a more important time for travellers to visit — provided the infrastructure can accommodate them.

This sentiment is echoed by Ecuador’s Minister of Tourism, Fernando Alvarado Espinel:

“We encourage tourists who wish to support Ecuador to continue with their travel plans… and invite those who haven’t yet booked a trip to consider doing so. For those who wish to help in the recovery, one of the best ways is to visit the country, and in doing so help sustain one of Ecuador’s most important industries and provider of jobs.”

Rebuilding homes, bridges and roads in the places destroyed by the quake is expected to take years and cost billions of dollars. As it faces continued pressure by global economic forces, Ecuador will become increasingly reliant on tourism to contribute to its long-term recovery.

Travellers in a unique position to support the recovery

Despite the breadth of destruction, damage appears to be isolated to the central coast. Ecuador's most popular tourist destinations, such as the Amazon, the Andes and the Galapagos Islands, remain largely unaffected by the quake. Continued travel to these areas will help to support recovery efforts in the cities and towns most affected along Ecuador’s coast.

While it’s still too early to estimate the impact, it’s likely that the quake will deal a blow to tourism in Ecuador. According to the World Travel & Tourism Council, travel and tourism account for US$4.7bn (or 5.3%) of Ecuador's GDP, with the sector accounting for the employment of 337,500 people. It’s estimated that every tourist who visits the region generates income for eight jobs in industries such as transportation, hospitality, restaurants and agriculture. Fewer travellers means fewer opportunities for people in local communities, which has far-reaching implications for the country and its future

G Adventures’ firsthand experience with communities hit by natural disaster has provided some valuable lessons for recovery. Most importantly, we recognize that our travellers are in a unique position to support hard hit destinations during the recovery phase.

Few will forget the dramatic images of Nepal last year. Footage of the devastation left a lasting impression on millions of viewers around the world. In the year since the Earthquake in Nepal, however, bookings to the Mountain Kingdom have grown by 70 per cent as a groundswell of support for Nepal has come from travellers eager to support the country and its people.

As with Nepal, the devastating earthquake in Ecuador will have a lasting impact on the country. Once the immediate disaster response has ended, there is the task of repairing the damage to the destination’s image and convincing visitors to return. If past is prologue, the country faces a long road. 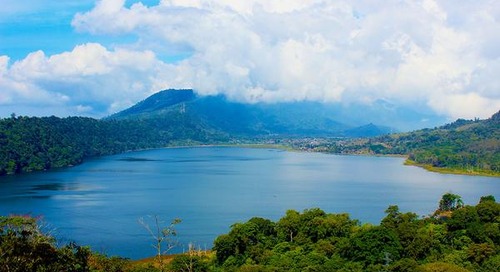 Booked to Indonesia but don’t know what to pack? Join G Adventures’ Stephan Popescu as he details the must-... 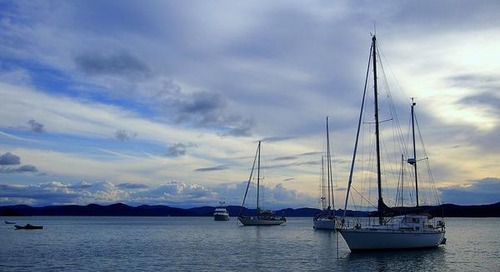