Home » The Looptail, The Travel Blog Powered By G Adventures » Get to know souvlaki, the king of kebabs
× Share this Article

Get to know souvlaki, the king of kebabs

Few cuisines epitomize the healthy promise of the Mediterranean Diet as much as Greece's. There are plenty of crunchy salads and fresh salads, tangy feta cheese, thick yoghurts and a generous glug of olive oil — ideally all washed down with a glass of wine served overlooking a gleaming whitewashed village on some perfect Aegean island.

But sometimes you want more than sensible nourishment, you want carbs and fats and you want them fast and on the go. This is when Greece's other culinary masterpiece is needed, because the Greeks can make a fair claim for having invented the takeaway kebab. Better known today as the souvlaki, it's far more than just meat on a stick wrapped in pita bread.

Mentions of kebabs go back as far as Homer. The ancient Greek heroes laying siege to Troy would have filled up on proto-souvlaki in between shifts building their giant wooden horse, though they'd have called it going out for an obeliskos, after the word for the spit the meat was grilled on — museums across the country are filled with simple pottery grills made to support skewers held over coals. What we know as souvlaki today most likely dates from the Byzantine empire.

To get the most out of your souvlaki experience, it's important to know a few basics. The first is the terminology. The name is taken from the Greek word for skewer, which is placed over grill. If you're eating a kebab with meat taken from a vertical rotating spit, then you've got yourself a gyro (pronounced yee-ro), so beloved of Greek fast food joints from New York to Sydney. In Greece itself, there are regional differences in names, so to order a souvlaki in Athens you'd actually ask for a kalamaki.

Now to deconstruct your souvlaki. The classic kebab consists of pieces of either chicken or pork threaded onto the skewer, and seasoned with oregano. When cooked to juicy perfection, they're loaded into a lightly toasted pita, and topped with sliced tomatoes, some onion to sharpen the flavours, then a squeeze of lemon juice and a generous yoghurty slather of tzatziki sauce to tie everything together. A handful of thick fried potatoes are also often included in the wrap, though the origins of this modern innovation remain mysterious to even the keenest souvlaki insider.

Look out for tasty variations. If you ask for a plain kebab, you'll get ground meat lightly spiced with cumin and garlic pressed into thick sausages around a skewer — a version showing the culinary influences of Turkey and the Middle East. Bifteki are more like meatballs in a pita, while kontosouvli alternates mixes the skewered chunks of meat with pieces of tomato, onion and peppers to add some charred vegetable bite.

The ancient Greeks knew that the humble kebab was good enough for their gods and heroes. Perhaps the Mediterranean Diet can wait for another day — the modern souvlaki is perfectly designed to give you fuel for sightseeing at the Parthenon. 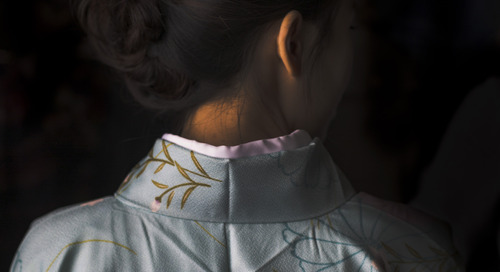 How two local customs helped one writer move past her insecurities 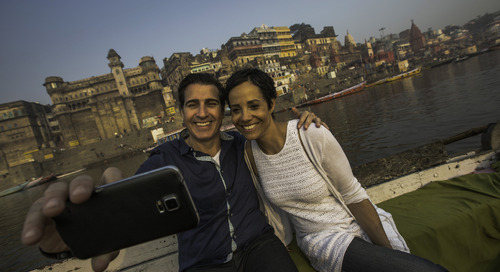 How to be a responsible travel Instagrammer