Home » The Looptail, The Travel Blog Powered By G Adventures » Getting to the meat of Marrakech
× Share this Article

Getting to the meat of Marrakech

By the time I got to Marrakech, I was growing tired of tagine.

The first of the trip arrived at my table mere moments after my arrival in Fes a week earlier, and the iconic dish seemed to be following me around the country ever since. Underneath the conical clay tops I found chicken and olives, then lamb and caramelized onions in Fes, beef and mixed vegetables at an outdoor restaurant overlooking gas pumps at a rest area somewhere roughly in the middle of nowhere Middle Atlas, chicken again in the deep desert dunes of the Sahara, lamb again near the scenic cliffs framing the Todgha Gorge, beef and hot peppers high up in the Atlas mountains, and a few more. No tagine is exactly the same, and no tagine in Morocco is disappointing, but there’s something to be said for variety. Fortunately, Marrakech is a city of great variety — and not just on the plate.

Some travellers seek out monuments and museums, but I always prefer to explore a city by wandering and eating. Economic disparities, cultural influences, and the balance between modernity and tradition are almost always front and centre on the plate and Marrakech is certainly no exception. Kebab shops with hanging lamb carcasses plant the city firmly in the Arabic world, while patisseries with excellent millefeuilles stand as a reminder of the French occupation that persisted for much of the 20th century. In the ancient medina, modern trendy boutiques sit side-by-side with classic bazaar stalls and the doors of trendy restaurants open onto vendors hawking affordable egg sandwiches.

There’s a wide array of food worth eating here, but Marrakech’s signature dish is undoubtedly tanjia. It may sound like tagine, look kind of like tagine, and have similar ingredients to tagine, but to tagine-tired tastebuds, tanjia is something completely different. Down a narrow alley just steps from Djemaa el-Fnaa, the city’s central square, the curious combined aroma of idling motorcycles and roasted lamb signals that you’ve found Mechoui Alley, the prime lunch spot for locals and tourists alike. The alley’s named after the roast lamb “mechoui,” so get some, of course, but the tanjia here is the true star.

Marrakech is a little edgier than the rest of the country, and tanjia is fittingly edgier than your typical tagine. This Marrakchi specialty features meat (lamb, beef, or maybe even camel) cooked along with onions, garlic, cumin, saffron, and a healthy dose of preserved lemon. Not so different than tagine so far, but instead of the conical clay tagine pot, it’s all stuffed into an urn-shaped vessel (also called a tanjia). Same, same, but different.

The real difference comes from the cooking process. While tagine cooks slowly over an open flame, tanjia cooks even lower and slower as it spends the night stewing over the coals used to heat the traditional hammam baths. The result? A surprising hint of smoke that recalls American pit barbecue.

Life in the ancient walled medina of Marrakech is overwhelming for many travellers. All day, motorcycles whizz past at great proximity and speed with nary a second glance at the feet of terrified tourists, while shopkeepers aggressively beckon with promises of bargains. It’s loud, jarring, smoky, and chaotic in a way that’s overwhelming at times, but also exciting, energizing, and complex — just like tanjia. At every turn, there’s something new to see, smell, hear, and taste. Beautiful berber carpets, twinkling lanterns, air perfumed by mint, meat, and gasoline, the blaring call to prayer and screaming salesmen, halved pomegranates bursting with bright red seeds, neverending rainbows of nougat — Marrakech induces sensory overload.

In the past 15 years, tourism in the city has experienced a massive boom, bringing a raft of luxury hotels, restaurants, and even nightclubs along with it. But these establishments cater almost exclusively to foreigners and despite the influx of tourist money, the majority of Marrakech locals live in poverty.

Even in the face of all the new development, the classic centrepiece of the medina remains Djemaa el-Fnaa. By day, the square houses snake charmers and juice vendors, but at night it famously transforms into a lively party with endless food stalls, street performers, makeshift carnival games, and storytellers covering nearly every square inch.

This is the place to sample street food, and snails are a classic starter. Sure they’re a little chewy, and sometimes it’s a struggle to pick them clean from their shells with the provided toothpick, but they’re cheap, earthy and full of flavour from their bath in a light broth with intriguing notes of mint, licorice, lemon, and pepper. Some guides suggest stalls 1 and 3 are superior, but I’m here to tell you that all six of the snail vendors lined up alongside each other serve exactly the same thing.

The same is largely true of the other specialty vendors here. They’re all pretty similar, and while there’s better food available elsewhere in the city, this is an experience not to be missed — right down to the overly aggressive barkers who may physically block your path in an attempt to cajole you into choosing their makeshift restaurants. The best bet is to keep walking when confronted and choose a spot with someone more friendly at the helm. Don’t reward the bad behaviour just because your guidebook says the merguez is better at stalls 30 and 32 than stall 31. It’s almost surely not.

That said, after your snails, do follow the crowds to stall 14 for fried eggplant and calamari before choosing one of the heavier meat options. And to wash it all down, try the “tea” from vendors overlooking the performance side of the square. This herbal concoction combines at least a dozen roots, spices, and herbs — cinnamon, ginger, galangal, clove, cardamom, nutmeg, lavender and more — into a sort of non-alcoholic digestif, and it’s delicious.

Like tanjia, the tea is also an apt symbol for the diversity of this city — an amalgamation of unexpected elements that just works: bright spice, a touch of sweetness, and pleasantly unfamiliar bitter notes. But don’t buy the pre-mixed powdered tea to bring home. My attempts to recreate the magic back in Toronto left me with a soapy tasting, gritty mess that went straight down the sink.

Just steps from the madness of Djemaa el-Fnaa, the medina also houses other dinner options like high-end restaurants like Dar Yacout and Dar Moha, serving elaborate meals in serene courtyards, clubby hotel restaurant/bars like Maison Arabe, and hip ex-pat and tourist hotspots like Nomad. But outside the medina, Marrakech displays even greater diversity.

In the streets surrounding the lush and luxurious Majorelle gardens once owned by Yves Saint-Laurent and the adjoining museum honouring the designer’s legacy, kebabs make way for crepes — reflecting both the French colonial influence and the impact of the ever-increasing influx of high-end tourism. Catering to those tourists, ultra-luxurious hotels like La Mamounia (and its exquisite and Instagram-famous spa pool) serve as serene hideaways from the action of the medina. Room rates are astronomical, but visiting for a drink or over-the-top high tea is a fun way to experience the elite version of the city. At Royal Mansour, the King’s pet project hotel, 50 Euros buys you tea, practically a whole high-end pastry shop, and a seat in the lap of luxury.

Outside the gates of these luxury hotels, a semi-modern mid-level city unfurls. In the Gueliz neighbourhood, the history of Spanish occupation shows its impact as most independent shops close for a daily siesta from 12:30 to 3:30, while neighbouring international chain neighbours stay open. Here, a large leather factory/knockoff warehouse store sits down the road from Lalla Marrakech, a chic bag designer with celebrity clients across the globe. Around the corner, there’s a shopping mall housing H&M, Starbucks, and Burger King next to local pizza and shwarma spots. It’s the typical melange of Marrakech—Arabic and European, ancient tradition and modernity, working class and ultra-rich.

Nearby, nearly every food-savvy tourist seems to visit the celebrated Al Fassia for dinner. Though the restaurant specializes in the cuisine of Fes — including, yes, a remarkable lamb tagine — they also make tanjia as a special order. The version here is unsurprisingly more refined and a little less smoky, but still full of the impressively deep and meaty flavours only a long braise can bring, and the refreshing pops of bright acidity from the preserved lemon.

Fellow travellers I met in the Sahara desert north of Marrakech told me they hated the city. It was too dirty, too noisy, just too much in all respects. It’s clearly not for everyone, but those of us who love it tend to fall hard. Underneath the grit and grime, there’s immense beauty, depth, even a certain softness. It’s a city with remarkable sights, a vibrant art scene, contagious energy, compelling diversity, and an undeniable air of romance. And perhaps most importantly, it’s a city with tanjia — the seemingly simple signature dish that somehow captures all that complexity in one bite.

Want to try the incredible food of Morocco for yourself? G Adventures can get you there. Check out our small group tours to Morocco here. 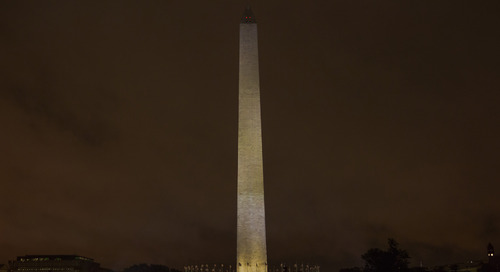 There's much, much more to the American capital than unsavoury headlines 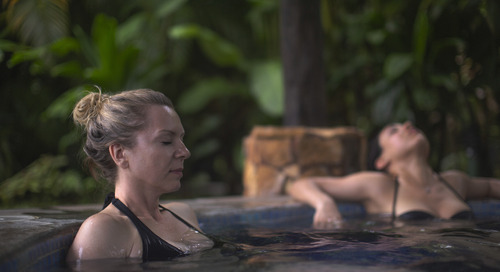 How to bring mindfulness into your travels

Tips and tricks to nip travel stress in the bud