Home » The Looptail, The Travel Blog Powered By G Adventures » Greenhouse-hopping in Paris
× Share this Article

The world's first greenhouse was built by French botanist Charles Lucien Bonaparte in the 1800s. While it was a beautiful sight to see, its function was to grow medicinal tropical plants. Today is a different story, as greenhouses are not only historic venues highlighting a city’s past, they’re also open to the public to show their quaint elegance and aesthetic beauty. And nobody does botanical gardens quite like Paris.

While the city of lights is not known for being particularly green, visiting this handful of glass-encased greenhouses in Paris is like taking a trip back in time. From secret gardens to magical Art Nouveau architecture, here are the top ones to visit, and the teahouse culture that surrounds these super-charming venues.

Set in the 5th arrondissement, this 400-year-old greenhouse, constructed in 1835, was one of the first-ever to be built. Its sprawling, grand architecture gives it a royal vibe; you could spend hours walking through this leafy dream. The property has four separate buildings: one greenhouse features a tropical romp through palm trees, cacti and exotic flowers from tropical countries, while another features over 2,000 mountain plants. One of the oldest trees here was planted by French naturalist Bernard de Jussieu in 1734.

Probably the most grand botanical garden after the Jardin des Plantes, this epic greenhouse was first built by French architect Salomon de Brosse. It was the royal residence of the regent Marie de' Medici, mother of Louis XIII of France, until it became a government building after the French Revolution. Today, the building is the residence of the president of the French senate, however the botanical house and gardens are open to the public. The greenhouses here have been in operation since at least 1879.

This greenhouse, set on Avenue de l’Observatoire, is the city's most hidden garden. However, it is still accessble to the public. First opened in 1884, this greenhouse houses more than 400 species, from a papaya tree to cotton plants. Tours are hosted every Thursday; be sure to sign up early to get a spot.

Set in the 16th arrondissement, this major greenhouse complex in the sprawling Bois de Boulogne park. Featuring over 6,000 different kinds of plants, it was first built during the Louis XV era and was the royal medicinal garden in the 1600s, though opened to the public in the 1800s. It’s stunning, with a fairytale entranceway and decorative gates that seem straight out of a Disney movie. Don’t miss the Venus flytraps, or the tropical birds flying around the cocoa and fig plants. It can get pretty humid in this greenhouse, so it’s best to take photos before your lens fogs up.

This greenhouse is also set inside the Bois de Boulogne park, though it’s one of the smaller, quainter greenhouses of Paris. It's also home to a 19th century Chinese-style pagoda. The surrounding ponds filled with lily pads give this place a romantic, turn-of-the-century vibe.

Keen to visit some of Paris' indoor gardens? G Adventures can get you there. Check out our small group tours to France here. 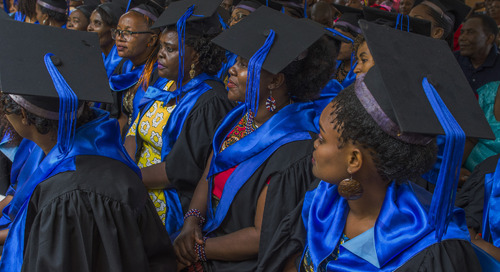 Empowering the women of Moshi

How education is bringing independence to a community in Tanzania 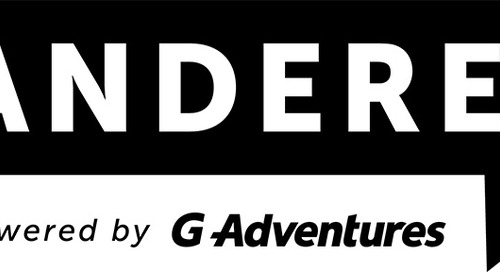