Home » The Looptail, The Travel Blog Powered By G Adventures » Instagrams of the Week: The World’s Greatest Waterways
× Share this Article

Float down the Ganges, the Mekong, and the canals that feed France’s wine country aboard small, intimate riverboats and barges, and disembark to explore the riverside towns and remote villages on foot or by bike. Ready to set sail? For a limited time, save 30% on select river cruising tours

From the banks of the Amazon and the Ganges, to the Mekong and the canals that feed France’s wine country, the world’s greatest rivers are unique and the cultures of those who live along their shores are all quite distinct. Nevertheless, they share some things in common. After all, early in our history, humans were drawn to rivers for survival. These waterways were a source of fresh water, fish, and other wildlife. They served as highways that made travel faster and easier. And communities grew up along their shores; in fact, the world’s earliest civilizations generally shared one thing in common — a river ran through them.

Explore the fabled waterways of the world alongside our Instagram community in this week’s round-up of our favourites!

Reflect for a moment in the glow of a quiet sunrise on the Ganges River in Varanasi courtesy traveller @athena2186. An ancient highway that connected kingdoms, the Ganges is lined with majestic palaces, historic battlegrounds, and remote villages that offer up a slice of Indian life you won’t find in the big cities.

A thriving trade route for six different countries for thousands of years, the Mekong remains one of the few big rivers in the world that refuses to be civilized. Rich with wildlife (only the Amazon is more biologically diverse) and lined with everything from small towns to that stunning Angkor Wat temple complex, the Mekong’s many twists and turns have helped it retain its wild character.

@bidouille21_ captures Auxonne in Burgundy. Blessed with some of the most gorgeous countryside in Europe if not the world (not to mention perhaps the best wine around), Burgundy is a place everyone should explore at least once. Life unfolds at a different pace in this pastoral part of the world, and the rivers and canals that crisscross Burgundy, France’s fabled wine- producing département, are simply the best way to explore central France.

A pink river dolphin breaks the waters of the Amazon River in Peru's Pacaya Samiria Nature Reserve. The Amazon Basin contains the greatest diversity of wildlife to be found anywhere. More than 4,000 species of birds, 2,000 species of fish (more species than are found in the Atlantic Ocean), 60 species of reptiles including the caiman and anaconda—plus a huge variety of mammals.

Beyond-the-highway access. A relaxed pace. Profound connections. Amazing views that change every day. That’s river cruising. G Adventures runs a number of river cruises encompassing a wide range of departure dates and activities to cater for different tastes. We’re thrilled at the prospect of showing you this big blue planet of ours — check out our river cruises here. 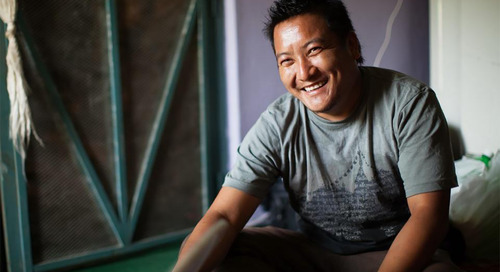 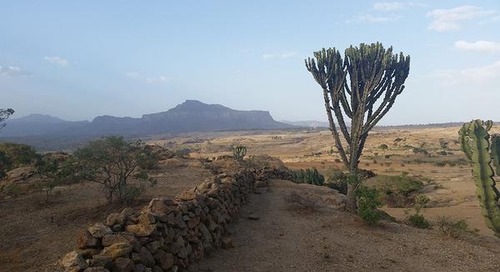 7 Things Everyone Should Know about Ethiopia