For destination-driven adventurers, vacation lodging is about having a place to rest one’s head after a long day of exploring ancient settlements or testing gastrointestinal limits. It’s a place to recharge, not a place to overcharge.

Pavement-pounding, itinerary-cramming travellers can rest assured that the market for no-frills travel accommodation has come into its own, and with style to spare.

Also known as capsule hotels or pods, these itty-bitty, back-to-basics hotel rooms guarantee a bathroom, a bed, and little else (don’t worry, there’s WiFi). The concept has its origins in 1970s Japan, where walls lined with plastic sleep cubicles — built as occasional crash-pads for salarymen who chased long days at the office with long nights at area izakayas — became the stuff of worldwide imagination. But today’s pod hotels are so much more than the morgue-like cubbies of industrial Osaka (not that there’s anything wrong with the morgue-like cubbies of industrial Osaka). Think chic design details, ambient lighting systems, and mattresses like a plush hug.

Around the world, in international airport terminals and bustling urban centres alike, capsule hotels offer pragmatic and wallet-friendly lodging. And on a long layover, they’re a jetlag-mitigating must.

Here are seven capsule concepts, around the world, to consider for your next adventure:

1. BLOC Hotels: This UK-based chain boasts “luxurious linens” and “free, super-fast WiFi” in both its Birmingham and London Gatwick locations, as well as parking perks and meal deals in participating area restaurants. Rooms offer mood lighting, flat-screen televisions, and perfectly serviceable shower-toilet facilities that give visceral new life to the term “water closet.” Basic rooms start as low as 45 GBP per night, though it’s advised to book online in advance for the best rate.

2. The Pod Hotels: With centrally situated locales in Manhattan, Brooklyn, and Washington, D.C., this capsule concept by trendsetting New York hoteliers Richard Born and Ira Drukier dates all the way back to 2007. Rates start at around $100 USD per night, and include proximity to must-visit sites and, in the case of NYC’s 42nd street location, a happening new Tiki bar.

3. Yotelair: These minimalist outposts of the boutique-budget YOTEL chain are strictly found in airports: Amsterdam Schiphol, Paris Charles de Gaulle, London Gatwick and London Heathrow, Istanbul Airport, and Singapore Changi. Designed for four- to 24-hour stays in between connecting flights, rooms feature either sci-fi sleep pods or convertible sofabeds, complementary hot drinks, and the requisite high-speed WiFi, and they book by the hour.

4. Sleeep: Think outside the box… by sleeping inside one. No, this isn’t a dare. An affordable option in notoriously spendy Hong Kong, Sleeep’s wood-paneled bed nooks — branded “SLPers” — might possibly be the most literal interpretation of “capsule” yet. One man’s claustrophobia is another’s cozy comfort, and with overnight rates that start at 499 Hong Kong Dollars, there are definitely worse ways to get a night’s rest.

5. The Jane Hotel: Tucked into a Landmark building in New York City’s West Village, The Jane was built in 1908 to house sailors. A 2008 restoration polished the century-old jewel to its present-day glory, modelling the hotel’s rooms after ship and train cabins in winking homage to its past. 130 Standard Cabins and 40 Bunk Bed cabins offer handsome, if pared-down, privacy for guests’ overnight snoozing; slippers and bathrobes are provided for late-night shuffles to the communal bathrooms. A breathtaking, turn-of-the-century ballroom, complimentary bicycles, and seasonal rooftop bar and nightclub don’t hurt, either.

6. Pangaea Pod: Each winter sees snow bunnies and powder pirates descend on Whistler, the British Columbia ski and snowboard hotspot, for frosty fun on the slopes. Pangea opened in 2018 to bridge the gaping chasm between chi-chi chalets and low-rent hostels, while promising the best of both. A short walk from the gondolas at Whistler’s Blackcomb resort, its prime-location rates are offset by no-fuss accommodations. We’re talking literal pods: double beds in a three-walled box that guests enter through a curtained opening. A rooftop patio and indoor café provide just-right social settings for a chill, interactive vibe.

7. 9 Hours: A favourite among budget travellers looking for an elevated twist on the authentic capsule experience, this Japanese chain is prized for its neo-space-age interiors and killer locations. Overnight rates at the hotel’s Tokyo location begin at just 4,900 Yen, roughly $45 USD. 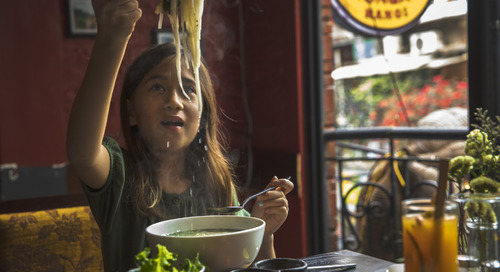 The ABCs of: Vietnamese noodles

Some facts before you slurp 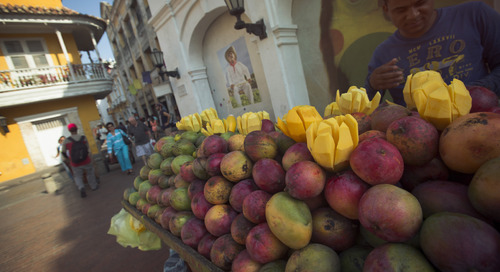 9 things to eat in Bogotá

Sensational snacks and marvellous meals in the Colombian capital