Ask any Canadian (or non-Canuck) to define “Canadian cuisine,” and they’ll struggle. The foods of the Great White North are as diverse as its residents and, owing to the distinct four seasons experienced in much of the country, seasonality plays a huge part in what Canadians eat at any given time. Add to that the influence of Canada’s First Nations, Métis, and Inuit peoples and you’ve got a national cuisine that’s pretty hard to put in a box. But there are a number of dishes (think: poutine) that are as inseparable from Canada’s national identity as hockey, beavers, and saying "sorry" (pronounced soar-y). Artist Jennifer Robeson paid tribute to a number of those dishes with a series of adorable, looks-good-enough-to-eat clay miniatures that were on display at the recent Terroir culinary symposium in Toronto, and are now available to purchase as prints. We spoke with Robeson about her creations, and about Canadian cuisine at large.

Q How did you choose which Canadian foods to sculpt?

A I felt I could go in so many different directions with this project. Canada is such a diverse country with so many regional cuisines and an abundance of multicultural influences. Because my clay work tends to fall more in the realm of kitsch, I decided to focus on “iconic” Canadian foods; what a tourist might find suggested in a guide on what to try when visiting.

A Dulse! This seaweed treat is actually available elsewhere in the world, but the east coast of Canada is very well known for it. My family on my mom’s side is from Saint John, New Brunswick, and I have memories of my grandpa buying me dulse in a small paper bag from the market. It’s salty and delicious, and tastes just like the ocean!

Q Why clay? Why minis?

A I love working with clay because of how it evolves. I can blend colours and create textures. It’s an incredibly satisfying tactile experience to turn a blob of clay into an identifiable something. I like the process, too. I work with non-hardening clay on purpose because it isn’t a permanent piece. I create, stage, and photograph it, then eventually dismantle it to later become something new. It feels very holistic and again like something that is always evolving. Miniatures are also practical space wise (I live in a small Toronto apartment!) and also the detail work on something small requires attention and focus, which is a challenge I enjoy. Everybody loves little things, so it’s wonderful as an artist to watch people react to your work with delight.

Q Which in the Canadian food series was the most difficult to sculpt?

A I actually created clay butter tarts but they didn’t make the final cut. The texture and creamy, caramelly colour of the filling is incredibly difficult to emulate. I ate so many butter tarts in the name of research!

Q Were any other foods left out?

A So many! I thought about how it would be fun to do a “produce of Canada” series by region, or a “mushrooms of Canada” series with a foraging kind of vibe. Also, ice wine is Canadian, and I thought would be such a fun process project to create the clay grapes and then show them being made into clay wine. It’s good to feel you always have more ideas but can be hard to know which ones to go with, and which to leave for another time.

Q How would you define “Canadian food”?

A Food is so wrapped up in personal experience and region and culture and socioeconomics. We’re such a big country with so many diverse inhabitants, so it makes sense that this isn’t a question with an easy answer. Perhaps I would define Canadian food as ever-evolving, and as a cuisine that is shaped by the land and its inhabitants.

Q If you could recommend one Canadian culinary experience to an out-of-towner, what would it be and why?

A Beaver Tails are pretty darn good. I re-created all of the flavours on their menu with this clay project, but my favourite is still the original with cinnamon sugar. Warm and doughy and sweet — delicious!

Is your mouth watering? You can't eat Robeson's tiny clay creations, but the real-life versions of her tasty treats are available across Canada — and G Adventures can get you there. Check out our small group tours to Canada here. 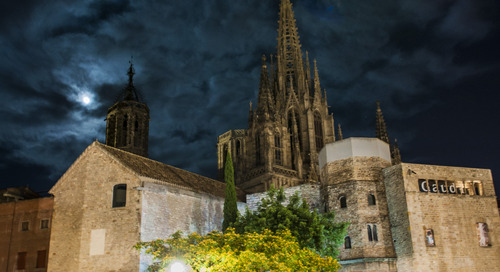 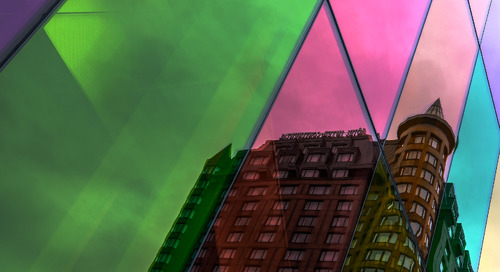 Call it “cirque:” How modern circus found its home in Montreal