The lineups for smoked meat and half-sour pickles at Schwartz’s stretch back 90 years. At Wilensky’s, the salami and bologna special comes with mustard and is never sliced, don’t even ask, because that’s how they’ve done it since 1932. Eighty years of practice at charcoal broiling dry-aged beef has turned Moishe’s into one of the world’s top steakhouses, and at L’Express the bone marrow and cornichons are a nearly 40-year-old tradition.

Montreal’s old-school culinary heritage is deep and firmly established. There’s also a current crop of iconic spots that are equally well regarded. A reservation at Joe Beef or Liverpool House is enough to warrant a trip to the city for people all over the world. Similarly, a pilgrimage to Martin Picard’s Au Pied du Cochon for foie gras poutine or duck in a can (only the foolish would attempt both in one sitting) is a bucket-list event for many, and no restaurant in Canada might be more deserving of Michelin stars than Toqué.

But those places are all entering their second and third decades now, and while they remain excellent, I wanted to find out where the next batch of great Montreal restaurants is and get a taste of the places that will define the city’s food scene for generations to come.

Situated in what was once a massive garage used to repair train cars, three-year-old Hoogan & Beaufort blends old brick charm with towering, modern glass windows and chic black pendant lights suspended from exposed beams. The kitchen also melds archaic elements with contemporary flourishes. At the heart of the restaurant, and the thing that gives it such an appetizing aroma, is the open, wood-burning hearth. Nearly every dish chef Marc-Andre Jette and his team turn out includes some element touched by this fire. Locally grown oyster mushrooms are draped with translucent slices of Louis d’Or cheese and a crisp slice of smoked bread. Agnolotti are stuffed with smoky squash and shreds of duck confit. Even the dessert cart features a burnt lemon curd. This is thoughtful, elemental cooking that feels both modern and timeless.

Autumn 2015 was a good year for the new batch of Montreal classics and around the same time Hoogan & Beaufort opened in the city’s Rosemount neighbourhood, Le Mousso served its first tasting menu in the Village. Chef Antonin Mousseau-Rivard and his young team only offer tasting menus and the restaurant’s minimalist décor, spare Scandinavian furniture against cement walls and floors, is reflected in the menu’s minimal descriptions. Caille/Fruits (Quail/Fruit, in English) reads the menu, but it hardly captures the complexity of what arrives on three handmade plates. “First,” explains the chef who delivers the dish, “the bird is cooked over charcoal. Then the breast is served with an elderberry grand-veneur sauce [a sticky reduction of veal broth and red wine], green elderberry capers and freeze dried elderflowers. On the next plate, the deboned leg is served with herb pate and unripe salted fruits.” On the third little plate, the white, tightly rolled cylinder is simply a hot, chamomile scented hand towel, for wiping off all the stickiness after the last bite. So it goes, through course after course: truffles are shaved over rich gougeres, ham flavoured broths are ladled over intricately arranged vegetables, and herbaceous sauces are spooned onto trembling cubes of halibut. Along the way a series of intriguing natural wines — low intervention style wines that are quickly becoming a Montreal sommelier trademark — are paired.

A few blocks away, in Old Montreal, the beautiful people are swarming to Monarque, a space so fresh it still has that new restaurant smell about it. The sprawling space — a laid back brasserie and bar is divided from the formal dining room by towering, refrigerated vitrines holding still life arrangements of meat and produce — only opened a couple of months ago, but already has the feel of something that’s been there for years. Modern French classics with Asian and Levantine flourishes: Korean venison tartare with Asian pear and gochujang, grilled sweetbreads with labneh and charmoula, pumpkin tarte with chai ice cream, inform the smart menu and enhance the long-established vibe of the place. Father and son duo, Richard and Jérémie Bastien — of the adored, 18-year-old Montreal classic Leméac — have opened one of the grandest, most ambitious restaurants Montreal has seen in years.

Little Italy’s Mon Lapin, an outpost of the Joe Beef empire headed up by sommelier Vanya Filipovic and chef Marc-Olivier Frappier, is quickly gaining the kinds of accolades that made its parent restaurant such a global success. The proximity to the vast Jean Talon Market and the cleverness of the cooks means that menus change daily, but the emphasis is always on freshness and simplicity. Already, the “pink salad,” a bright combination of radicchio and endive with caramelized sunflower seed praline dressing and lashings of shaved foie gras, is a Montreal classic. By replacing the traditional guanciale in the carbonara pasta with smoked eel from the St. Lawrence, the kitchen puts a local twist on a Roman staple.

They don’t take reservations at Mon Lapin, so there’s always a lineup. With any luck it will still be there in 90 years.

Ready to taste a bit of Montreal? G Adventures can get you there. Check out our small group tours to Canada here. 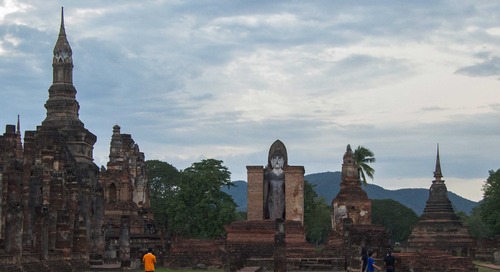 Put these lesser-known Thai cities on your bucket list

There's so much to see beyond Bangkok 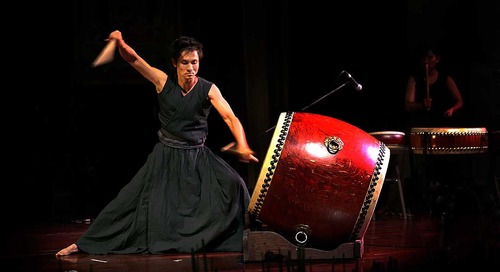 The ABCs of: Taiko drums in Japan

What to know before you see the famed drums in action