Home » The Looptail, The Travel Blog Powered By G Adventures » Meet Tukuturi, an Easter Island statue that looks nothing like the rest
× Share this Article

Meet Tukuturi, an Easter Island statue that looks nothing like the rest

Easter Island is one of the world’s most recognizable locations. It’s not the Chilean island’s natural landscapes that make it so iconic; rather, it’s the imposing, ancient rock statues called moai that dot the island’s surface.

The moai are immediately identifiable as Easter Island’s most famous residents chiefly because of their homogeneity; with their long, pointed noses, sloped foreheads, pursed lips, and jutting chins, the moai of Easter Island have trademarked the island’s signature look. Well, all but one has.

Tukuturi is an Easter Island moai unlike any other. First of all, it has a beard — all the other moai are, for lack of a better term, clean-shaven. Secondly, Tukuturi is kneeling, where its moai counterparts around Easter Island are standing upright. Finally, it has a rounded head, soft nose, and upward-gazing eyes — in other words, it doesn’t look like an Easter Island statue at all.

The statue was discovered in Easter Island’s Rano Raraku quarry, where most of the island’s famed moai were carved. However, Tukuturi is made from a different material than most moai. While the familiar, flat-faced figures of Easter Island are mostly carved out of tuff, which is a compressed volcanic ash, Tukuturi is carved from red scoria, which is a more fragile type of volcanic rock. There are hundreds of moai carved from tuff, but only 19 — including Tukutiri — made of scoria.

The pose that Tukuturi sits in suggests it is either in a moment of reverence or one of offering. Researchers have theorized that this moai is related to the Tangata manu cult of Easter Island, which would make Tukuturi one of the last moai on the island to have been created.

Despite all of this known information, however, Tukuturi’s unusual appearance and singularity remains somewhat of a mystery: Why is it the only one of its kind? What is the significance of the kneeling pose, and why is the statue crafted out of a different material than so many of its moai bretheren? Historians may never know, making this unique stone statue all the more fascinating — and worth seeing in real life. 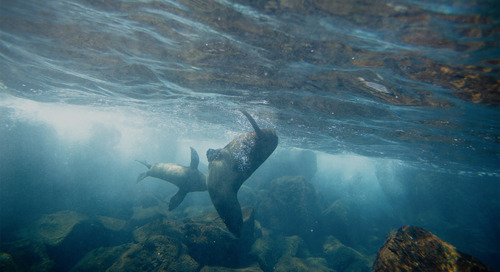 The best time to travel to the Galápagos

Join us as G Adventures' own Stuart Darnley explains why anytime’s the best time to explore nature’s worksh... 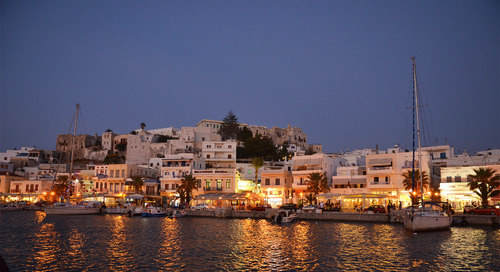 How to Eat your Way Through the Greek Islands

Eat your way through the Greek Islands with G Adventures' very own Kelly Galaski.