Home » The Looptail, The Travel Blog Powered By G Adventures » Mongolia's Naadam Festival: By the numbers
× Share this Article

Mongolia's Naadam Festival: By the numbers

As a celebration of national independence and a tribute to the nomadic ways of the Genghis Khan era, Mongolia’s annual Naadam festival honours the country’s cultural roots through traditional sport. During Naadam, which takes place from July 11–15 this year, people compete in three sports: archery, horse racing and wrestling. They also eat Khuushuur (meat with fried pancake) and dress in traditional clothing. The festival is Mongolia’s largest and, lucky for visitors, it also takes place during the warm and sunny days of summer. Below, some numerical facts about this action-packed celebration:

3: The number of contests Mongolians compete in during Naadam. Wrestling, horse racing, and archery have had an important place in Mongolian culture since Genghis Khan was emperor. The strength of his army was partially resultant of his choosing men who were patient, strong, and flexible, with excellent eyesight and hand-eye coordination. These attributes were tested and strengthened through these three sports.

9: Nine white banners are carried as a marker of the beginning of Naadam. Once planted, the opening ceremonies begin.

7,000: Conjure up images of Mongolia and burly, stubborn-stanced wrestlers are sure to come to mind. Wrestling has been prominent in Mongolian society for roughly 7,000 years.

21: There are 21 provinces in Mongolia. While much of the land is sparsely populated, many of the citizens live in the bustling capital of Ulaanbaatar. Still, Naadam is held in every province, town and region in summer.

1921: The year that Mongolia gained independence from China. The 1920’s was the decade that Naadam became a celebration of this success however the sports have been ingrained in the Mongolian way of life for hundreds of years. During the Qing Dynasty, monks weren’t allowed to participate in the Naadam sports as part of a divide-and-conquer strategy to keep the population from becoming too strong. Mongolian folks would defy this by holding mini Naadam events at weddings and other celebrations.

1,500: How many metres above sea level Mongolia sits.

200: Approximate number of sunny days seen in this northeast Asian country each year. The weather runs the gamut from harsh, cold winters to moderately warm days in summer. One of the best parts about Naadam is that it takes place during the most pleasant time of year.

13: The age of the oldest jockey at Naadam races is about 13. Many Mongolians learn to ride horses at incredibly young ages, which makes sense since an ideal jockey is short and light.

26: The most mature horses that race during Naadam will run about 26 kilometres. Horses are usually divided into six categories based on their ages. The younger the horse, the shorter the distance.

180,000: The number of horses that race in Mongolia during Naadam.

1024: On a year of significant importance, 1024 wrestlers will compete during the National Naadam competition. Every other year, that number stays at 512. In small villages, just 32 wrestlers compete.

Want to see Naadam for yourself? G Adventures can get you there. Check out our Naadam Festival tour here. 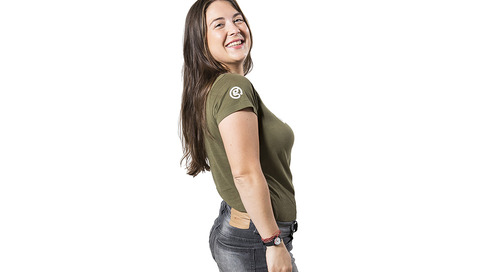 Our guides are the backbone to our trips 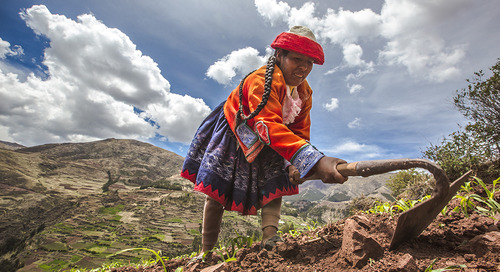 The G Adventures shutterbug captures captivating, intimate images of women as she travels