Home » The Looptail, The Travel Blog Powered By G Adventures » Namibia: The world’s great nothing
× Share this Article

Namibia: The world’s great nothing

Dawn’s light breaks on the dunes of the world’s oldest desert. The dunes are burnt-orange and a thousand feet tall. They look like huddled headless dragons from our 4x4. We pass an oryx, an animal I hadn’t heard of. It’s an African antelope with wide, hunched shoulders, long horns, and a funny white mask on its face. It’s perfectly at ease, still, watching us. Then we stop to begin our hike.

This is the southern African country of Namibia, where there’s nothing to see. That is, if you go by its name. “Namibia” is Nama for “area where there is nothing.”

But as nothings go, this one is certainly something.

That name regards the Namib desert, which spans 2,000km (1,243 mi) along the Namibian coast into Angola in the north and South Africa to the south. While Namibia became a country only in 1990, the Namib dates back at least 60 million years. Visitors who make it to Namibia inevitably hit the desert for its otherworldly landscapes that get their delicious orange from oxidized iron in the sand. Today we’re hiking up one of the tallest dunes, then running straight down its side as if it were a black-diamond ski slope.

Some visitors to Namibia go on their own; they just rent a 4x4 for the gravel roads and head toward drive-up safari spots like Etosha National Park. But for my debut here, I’m on a mountain biking tour of the Namib. Interesting choice, considering I’m not a mountain biker.

My fellow band of eight bikers hail from the United States, China, and across Europe. As we pull out of the capital city, Windhoek, I eavesdrop on their seasoned banter, pretending to understand.

“What kind of bikes are we using?,” one begins.

When talk turns to chafing I clear my throat, and pipe in.

Confession: Sometimes I’ve been known to privately mock city bikers decked in a sea of Spandex for short rides. But out here — when rides can break 48km (30 mi) at a time — I’m learning Spandex is needed if you look to avoid real, lasting discomfort.

“I’m sort of on a Spandex-free diet,” I say. A biker in a beanie flashes a micro eye roll.

After our local guide Andrew loans me some Spandex, we get ready for our first ride, which begins in the veld, a savannah-like plain of grass and low scrub. The sky appears white above, and deep blue near the horizon where it passes distant mountains. We start from a camelthorn tree, where a sprawling “sociable weaver” nest hangs like a suspended beaver dam. “It’s home to over 200 birds,” Andrew says. I see a few pop in and out of various doorways of this fascinating piece of architecture.

I do fine enough on the ride, mostly along flat dusty roads, but finally retreat to our vehicle halfway through a 48km ride. That night, our campsite is nestled amidst giant red rock boulders. “Watch for snakes,” I’m told, but I venture up at dusk anyway for the gold lights fading over a Martian landscape. A few springbok wander through camp below. Nothing beats a desert dusk.

The next morning, our ride takes in more appealing country via double-track path that rises, falls, and winds its way through boulder country the colour of red fudge. The barks of chacma baboons follow our tracks.

The next stop is near the Zebra Mountains, and though I manage a third ride coasting down a mountain OK, it’s advised I skip the next morning’s ride. “Too difficult.”

Honestly, I’m thrilled. I hear there’s a “100 percent chance of seeing zebra” via short hike near our campsite. And soon I find myself walking on rocky bluffs, in a Namibian park, completely alone.

Wait, you can do that by yourself?

Namibia’s wildlife isn’t as plentiful as that of neighbouring Botswana or East Africa. And there’s no worry here of happening upon hungry lions or testy hippos. I briefly wonder what a jackal or two would do to a stray person. Then I look down below, into a narrow ravine, and suddenly a couple dozen zebra trot into view. The first I’ve seen in on this continent. I’m happy to be on foot.

It’s late morning and the sun’s already fierce. On the way back to camp, I meet a Namibian woman carrying a notebook and a litre of water. She has no hat or sunglasses.

“I just want to go up and find somewhere to write in my journal,” Eveline says. She works at the campsite we’re staying at, which is a few hours’ drive from Windhoek, with hardly a village in between. I ask what she likes to do out here. “Write. And go on Facebook.”

Our third and final stop is a campsite near the Namib’s most-visited site, the Sossuvlei salt pan in the Namib-Naukluft National Park (one of Africa’s biggest). All the sand means no biking today. After passing that another early morning oryx, we start our walk.

Many visitors here hike at the namesake Sossusvlei, but it’s “too touristy” for us. We’re pressing on with an arcing four-mile hike to Deadvlei, a stunning substitute.

The hike is mostly up the narrow spine of a sheer-sided dune that steeply curves before us for more than 2km (1.2 mi). My shoes sink in the sand, increasing the toil but granting a sense of sure-footedness. Finally up top, I see over the tops of neighbouring dunes as the early morning sky begins to blue.

Then everyone runs down the side. I’ve known of dune runs like this, but never done one. As usual, I’m the last down.

It’s an easy and secure thrill, I find, and finishes at the surreal Deadvlei, a dried marsh of pale, cracked earth that’s not seen water in a thousand years. Left are remnants of trees, blackened by centuries of direct sun and preserved by the dry air. It’s a familiar sight (any traveller to Namibia with an Instagram account has surely shared images of it), but it stops me in my tracks.

Soon I sense I’m alone. I look up to see that, indeed, my fellow gang of bikers has headed back. I’m not in a hurry so I linger longer in one of the most beautiful spots I’ve seen in the world.

After all, a “nothing” has greatest impact when you give it time and space.

G Adventures runs a number of departures in Namibia encompassing a wide range of departure dates and activities to cater to different tastes. We’re thrilled at the prospect of showing you this big blue planet of ours — check out our small group trips here. 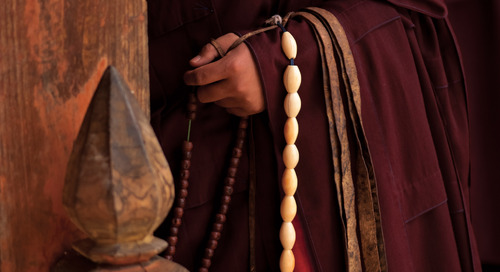 Happiness is serious business in Bhutan

Bhutan has maintained its status as a place like no other — partly by making happiness a national priority. 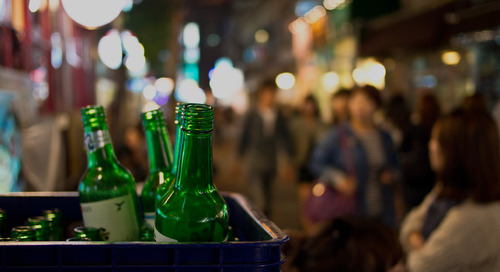 6 tips to survive a night of drinking in Korea

Thirsty for a genuine ‘taste’ of Korea? Alcohol takes up a decent percentage of it by volume! Here’s six ti...