You'd be forgiven if the headlines of the last year or so have turned you off of the idea of travelling to the United States of America. But you'd also be missing out. Despite the news, there's much more to the U.S. than contentious politics and civil unrest. In this occasional series, travel writer Bert Archer will highlight some of the reasons why a trip to America is worth your time and travel dollars. Here, why New York City truly is the centre of the universe.

I’ve spent a lot of my life reading books, and hanging out with people who read books, and when we ask each other about favourites, there’s an unwritten rule that it shouldn’t be obvious. Liking Proust is fine, but Lautréamont is better. And Hemingway? Come on, what is this, amateur hour?

Except Hemingway is really good. We all know that. We just don’t talk about it.

Now I travel a lot, and I hang out with other people who travel a lot, and even more than with the book people, we talk about favourite places and, more specifically, favourite cities. “Have you been to Vladivostock? You haven’t lived till you’ve been to Vladivostok!” says one. “Oh, yeah, Vladivostock’s nice. Did you visit Yul Brynner’s house? But I really like Nakhodka. But’s a little farther east, and a little more, I don’t know, authentic? Way less touristy. Anyway, you’ve got to go.”

It can get to be a little much.

And I’m naturally no exception. When people ask me what my favourite city is, I have in the past couple of years taken to telling people it’s a tie between Istanbul and Mexico City. That leads to questions about coups and food poisoning and decapitation and assurances from me that reports of the danger of these places have been greatly exaggerated. And they have.

But they’re also no New York.

If you live close by, New York can seem obvious, like Hemingway. Even if you live far away, you’ve probably read Go Tell It on the Mountain, The Bell Jar, or The Emperor’s Children, seen Manhattan, or Law & Order, or Brooklyn 99, heard Gershwin, Minelli, or Jay Z. You know New York. It’s familiar.

And if any of my former writing students from U of T or George Brown in Toronto are reading, I mean that literally. It’s the stuff of fantasy. Those five boroughs are the apotheosis of the idea of the city. I’m sure it’s one of the reasons Walt Disney’s last idea, EPCOT, never really caught on. Why did anyone need to pay admission to see the whole world in one place, when all they had to do was hop the bus to the Port Authority.

Once you admit to yourself that New York is all that it actually is, you have to ask yourself the next-level question: When you go (and now you have to go), do you see all the obvious stuff? Do you visit the Statue of Liberty? Go up the Empire State Building? Take a walk around Central Park, visit the whale at the Natural History Museum, grab a coffee in the East Village, a pierogi in Astoria, a craft beer in Brooklyn?

Of course you do.

One of the best things about travel is resonance, seeing something and understanding its significance, being in a place you’ve only seen in movies, tasting something you’ve only read about, standing where Deborah Kerr/Diane Keaton/Harvey Fierstein/Pete & Ariana stood. Rome resonates, Paris resonates, London resonates, but no other place in the world palpitates, pulsates, throbs like New York.

But after the obvious stuff, there is literally every other thing there. This city is imbued with a century of fully justified confidence in its own importance. Sure, Istanbul was the centre of the world for longer, and so was Vienna and Timbuktu, but they’re not now. And that’s the important thing. So many of the people you meet on the street behind counters, and on the other side of plexiglass taxi dividers exude a New Yorkishness, often interpreted as brash, sometimes dismissive, always expressive, and occasionally ridiculous, that stems directly from living in a place they can derive a sense of self from and — because its own image is that of a bunch of fierce individuals making it there and making it anywhere — feel like by being intensely themselves they are also contributing to.

And then there’s the fact that everyone wants to do business there, exhibit there, and showcase their best stuff there. So, not only is there good shopping, museum displays, and stage shows, you get stuff here you don’t get anywhere else, and that’s not that common anymore. When I started travelling with my family, one of my favourite things was seeing stuff in stores I’d never seen before. But globalization and containerization have made it pretty unusual for there to be something in a store in Milan that is not also in a store in London, Paris, and increasingly, Calgary and Manchester. But when Tom Ford came out with his new fragrance, Fucking Fabulous, in 2017 it was for New York Fashion Week. You could not even order it in Toronto, or anywhere else. You had to go to New York. (At US$850 for 250ml, you may not have wanted to, and now that you can order it, I’m not sure how many people are, but still, you know, back when it really counted, it was only in NYC.) Though you can get most stuff a little later on eBay, retailers both high and low will often debut things in New York in a way they don’t elsewhere.

The same goes for shows, both of the museum and stage variety. If you wanted to see Hamilton with Lin Manuel Miranda playing Hamilton, you needed to do it at The Public Theater on Lafayette, or the Richard Rodgers Theatre on 46th Street (or, to be fair, briefly last month in San Juan, Puerto Rico).

The Met, the Whitney, and the Guggenheim are great and, like art museums everywhere, offer paintings you can’t see anywhere else, but unlike other great gallery cities like Florence, Paris, Munich, and Amsterdam, New York is not a former centre of the global art movement. It’s where it’s happening now. Sure, there’s Art Basel in Basel, Miami, and Hong Kong, but before stuff gets there, it goes to the Armory, or the Frieze. When I went to the Frieze last year, it was like a window opening. I’d never seen so much good work made by people who were still in their 20s, 30s, and 40s.

I haven’t even mentioned food yet.

When a chef makes it somewhere, anywhere, they generally will want to open a place in New York. This has been the case for a long time. Though Nobuyuki Matsuhisa was successful in Shinjuku, Lima, and LA, he only became Nobu when he set up shop in New York. Vongereichten became Vongerichten in New York, and though there was a Bernardin in Paris, Le Bernardin is in New York. From Thomas Keller (per se) to Daniel Boulud (Restaurant Daniel) to Masaharu Morimoto (Morimoto), if someone somewhere has recognized it as among the best in the world, you can eat it in New York.

But you don’t need the US$355 per person for the tasting menu at per se. New York’s continual churn produces excellence across the spectrum. Russ & Daughters, La Cabaña Salvadoreña, Alnour, Di Fara’s… there’s no point in going on. No city I know has as much that is as widely varied and as often good as New York.

New York is in a difficult country. It always has been. And it’s got its own extremely significant difficulties. It always has. But it also has an as-yet unlimited capacity to grow, turn over, reinvent, preserve, propel, initiate, adopt, adapt, discover, and recover. It sure is something to see.

(Istanbul and Mexico City are too, though.) 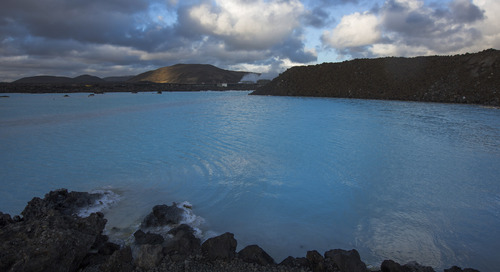 The ABCs of: Hot springs in Iceland

Take a revitalizing dip in these geothermal wonders 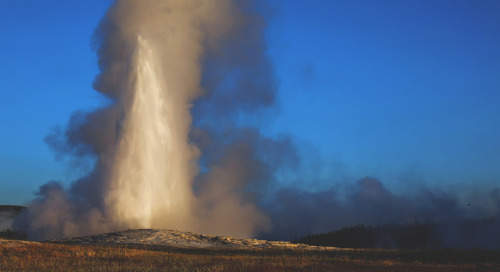 The ABCs of: Old Faithful in Yellowstone National Park

Did you know the famed geyser was once used to launder clothing?