Home » The Looptail, The Travel Blog Powered By G Adventures » Oscars 2020: Where were this year's nominees filmed?
× Share this Article

Oscars 2020: Where were this year's nominees filmed?

While there’s no Oscar statuette for location scouting, this year’s crop of nominees transported viewers all over the world from Los Angeles in the late 1960s, to the very richest (and poorest) neighborhoods of Seoul, South Korea. Some, like the New York stairs where Joaquin Phoenix’s Joker performed his memorable dance, became immediate tourist destinations. From Spanish cave dwellings to Boston arboretums, there’s something for every film lover’s bucketlist here.

Once Upon a Time in Hollywood

Instead of using CGI to transform modern-day Los Angeles into Los Angeles of 1969 for his highly anticipated ninth film Once Upon a Time in Hollywood, Quentin Tarantino collaborated with city planners, business owners, set decorators, and construction crews for months, and even shut down Hollywood Boulevard for three days. You can still eat at many of the old-school dining establishments depicted in the movie, including Musso & Frank Grill, Casa Vega, and El Coyote, or see a movie at the Bruin Theater like Margot Robbie’s Sharon Tate does. The real Spahn Movie Ranch in Chatsworth, where Charles Manson and his followers infamously called home for most of 1968 and 1969, has since been completely bulldozed over so those scenes were shot at the nearby Corriganville Movie Ranch (today a public park).

Check out our small group tours to the United States — including several that visit Los Angeles — here.

Despite Little Woman author Louise May Alcott’s Boston-area roots, none of the multiple adaptations of the coming-of-age novel over the decades used Massachusetts as a primary filming location until Greta Gerwig in 2018. The setting was based on Alcott’s childhood home in Concord, which lives on today as Louisa May Alcott’s Orchard House. The star-studded movie features many Boston landmarks including the Emerson Colonial Theatre, the Fairmont Copley Plaza, the Gibson House Museum, and the Arnold Arboretum, which was used to shoot a scene set in a 19th-century Paris park.

Check out our small group tours to the United States — including several that visit Massachusetts — here.

When Pedro Almodóvar was scouting locations for his 2004 film Bad Education, he visited Paterna, a town in Valencia, Spain. Known for its white-walled cave dwellings, which today are historical sites and tourist lodgings, two decades later the veteran director would return to the area for Pain and Glory. In the movie, aging director Salvador Mallo (played by Antonio Banderas) recalls his childhood spent there, and local landmarks including a Moorish tower can be spotted. If you visit in late August, be sure to check out La Corda, one of the country’s largest annual pyrotechnics shows which sees over 70,000 rockets and fireworks fill the air.

Unfortunately for fans of Bong Joon-ho’s dark comedy, the wealthy Park’s lavish Seoul mansion was a set built by the film’s production designer Lee Ha-jun, but there’s never been a better time to visit the bustling South Korean capital. To get a glimpse of the high life, visit Pyeongchang-dong, which is nestled in the Bugak Mountains and filled with upscale residences, trendy art galleries, and cafes. Prefer a more down-to-earth experience? Get lost in the Itaewon neighborhood, which is known for its colourful street art, plethora of multicultural restaurants and bars, and more.

Check out our small group tours to South Korea — including several that visit Seoul — here.

Best known for co-directing 2003’s Rio de Janeiro-set City of God, The Two Popes saw Fernando Meirelles travelling to two countries to tell the semi-fictional story of Pope Benedict XVI (played by Anthony Hopkins) and his Argentinian successor Pope Francis (played by Jonathan Pryce). While they weren’t allowed inside the iconic Sistine Chapel, and had to meticulously build a replica inside Rome’s Cinecitta Studios, the rest of the movie was filmed in Buenos Aires and the Italian capital. Also worth visiting is Castelo Gandolfo, a picturesque town 25 kilometres southeast of Rome overlooking Lake Albano, where the pope’s summer palace can be found. It was built during the 17th century as a retreat by Pope Urban VIII, and has been used consistently since, even serving as a refugee for several hundred Jews during World War II, who were protected by an ensemble of volunteers and guards. 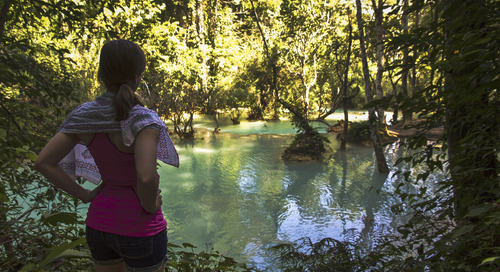 Don't be afraid of solo travel

In fact, embrace it — it might just change your life 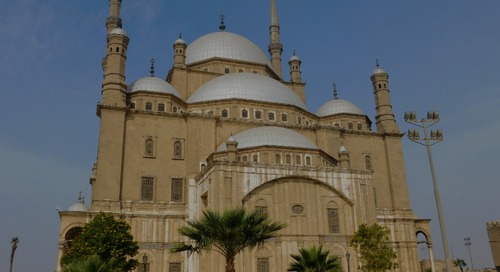 10 must-see Egyptian monuments — aside from, you know, the obvious ones