I prepare for a new destination in the guidebook section of the library or bookstore. After that, I seek out beautiful photo books of national parks in that place, or a historical memoir on colonialism. Here, I have access to the world. There’s the section on Vietnam, with a whole shelf devoted to past wars or France from their time occupying the area with a note taped to the shelf suggesting I also look under “Art.” If I have planned well in advance, I may dig up current work about (or by an author from) the place I’m going.

But I rarely think about the sound of a place, about what spills out of street corner cafés and tinny car radios. About what the ambient music, not just traditional, but modern pop and rock, the radio locals tune into when they’re home washing dishes or commuting to work?

With this question in mind, I wandered into a maze of today’s streaming music stations for an exploration of sub-equatorial Africa and its sounds.

I tune into a pop radio station out of Windhoek, Namibia. Clarence Carter spills out of my speakers, lusty and funny at the same time. “When I was a boy, my mother always told me to be… neighbourly.” The tune is “I Got Caught”; it’s off a live album recorded in Johannesburg in 2001. It’s not African music per se, it’s the most American you can get — Clarence Carter is a blues man from Montgomery, Alabama. But here’s Clarence Carter, telling his raunchy story, winding references to Mainstay into the patter.

I had to look up Mainstay; it’s a cane spirit that’s sometimes referred to as South Africa’s national liquor. “I could go for a shot of something,” I think back in the bookstore, and promptly look up what liquor store shelf in my town’s got Mainstay — the reviews say it’s something between rum and vodka. Namibia has its own music — I find a gorgeous singer songwriter-style tune by the artist Ras Sheehama — but I like that even an artist as American as Clarence Carter shifts the details of his performance to this place, to sub-equatorial Africa.

At first I think it’s in French, but I’m wrong. When the vocals become more clear, I realize it’s nothing like French. Research tells me it’s Setswana, the second most popular language in Botswana. The band is Matsieng; the web tells me one of their most popular songs, “Tinto”, features explicit lyrics, but I’ve got no way to know.

Matsieng is also the name of a petroglyph site in Southern Botswana. There are footprints carved into the rock here, some in the shape of human feet, some animal, some dating back 10,000 years. There are watering holes here, too, and the site is still used for rain-making ceremonies. There’s a myth that says that a giant emerged from these holes in the sandstone, followed by his animals.

I dive into YouTube and find lots of Matsieng videos, layers of harmony and rhythm. One track has some kind of a whistle and a flute slightly out of tune with each other, keeping time in the background. I would like, I think, to walk around these petroglyphs, with the sound of this music , still abstract to me, in my headphones.

The DJ is spinning power pop with a female singer, brassy horns, traditional sounding drums and a ringing melody line that I recognize as an mbira. I know the mbira because I held one in my hands in a street market, plinking the little metallic keys. One of my few regrets is not handing over a few dollars for that instrument.

The mbira claims a few different homes; Zimbabwe is one of them. Thomas Tafirenyika Mapfumo brought the sound of the mbira (and much more) to the world stage, but he also was a local hero to the Shona people, singing of rebellion and doing jail time for doing so. A write up of “Rise Up” (an album he released under Peter Gabriel’s Real World label in 2006) said that he’d not been getting much airplay in Zimbabwe, as he’d been silenced under President Mugabe.

The DJ fades the track and launches into a discussion about sexual harassment. She reads a few comments from her WhatsApp feed and then, plays Megan Trainor’s “No.” I shut that down and find a deep archive of Mapfumo tracks, where I lose the rest of the afternoon in layered circular rhythms.

“Nobody wants to be lonely…” Kantu Siachingili is singing in a sweet high voice, there’s an catchy poppy beat underlying her melodic lead, an echo of harmony from more female voices, the verses are fast... it’s pouring out of my speakers via late night radio from Chipata, Zambia. Chipata’s a smaller city — the photos I find show a shallow valley with ochre-coloured soil, a very pretty mosque with a turquoise highlighted facade, and a traditional Anglican church.

Kantu — she’s “Kan2” on all her videos — is a big deal in Zambian pop music, she won best female artist in the 2016 Zambian music awards and she’s done lots of collaborations with her fellow Zambian pop stars. There’s a thriving new music scene — dance music, hip hop, house music — I find so much good dance music that I think: “New goal. Go to Zambia. Go dancing.”

I can hear the fuzzy sound of an audience in the background, the horns blowing, and a few minutes in, I recognize what’s happening. It’s a soccer/football game between Ghana and South Africa. It’s funny how obvious it becomes that it’s sports — the announcer’s voice speeds up with excitement when something happens, and slows down to patter and conversation with his fellow broadcaster between plays.

I spin the (virtual) dial and it’s… Elton John’s “Candle in the Wind.” Elton John. Not what I’m hoping to find.

I spin the dial once more and I’m on an Afrikaans station, lulled into an easy listening daze of melodic keyboards and soft vocals. It’s not my thing, but I follow the thread through increasingly modern sounding Afrikaans music and end up with Die Antwoord. I’m thrown sideways by the unexpected visuals, the unglamorous landscapes in their music videos, the rawness that is exactly the opposite the polished Afrikaans pop that led me here. Die Antwoord is part of a music scene that includes artists like Jack Parow and Watkin Tudor Jones, bands that tap the same kind of disaffected anger that drove ’70s punk bands like the Sex Pistols. The sound isn’t punk at all — there’s rap and electronic tangled together, some of the work is highly produced — but the motivation feels familiar, no subject is off limits, no language is too offensive. To my uneducated ear, it’s also completely unexpected.

Five days later, I have no better idea of what Southern African music is, there is so much of it and it is all so different. But there is a tangled web of sound playing in my head, and a whole new direction in travel to explore. I want so badly to be crossing this new landscape, the radio tuned to the universal sound of music and the road, even if I don’t understand the words.

G Adventures runs a number of departures in Africa encompassing a wide range of departure dates and activities to cater to different tastes. We’re thrilled at the prospect of showing you this big blue planet of ours — check out our small group trips here. 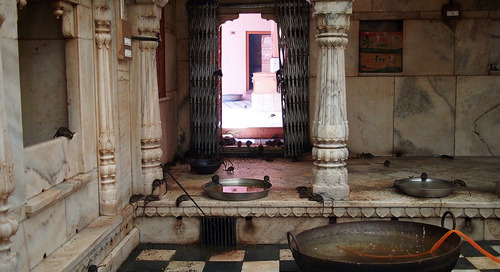 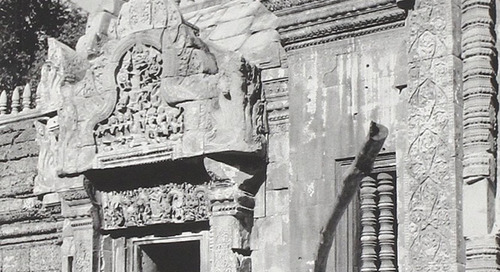 From lighthearted travelogues and culinary guides to political biographies and poignant memoirs, we take a ...