Home » The Looptail, The Travel Blog Powered By G Adventures » The best karaoke bars in Shanghai
× Share this Article

The best karaoke bars in Shanghai

Shanghai is a special city: it has a stunning skyline, stellar cuisine and a uniquely vibrant karaoke scene. But many of the karaoke bars are hidden inside some of the city’s tallest skyscrapers, so you probably won’t stumble upon them. There are Hello Kitty-themed venues and futuristic stages, which are covered in neon lights, as well as dive karaoke bars which serve popcorn. Get ready to belt out some of your favourite songs; here are the top karaoke bars in Shanghai.

For the ultimate karaoke experience, head to V-Show, which features Hello Kitty, Audrey Hepburn, Coco Chanel and Astroboy-themed rooms. It feels an off-kilter Disneyland, with brightly painted walls, sculptures, life-sized characters and Alice in Wonderland-reminiscent chequered floors. Sing everything from Eminem to Adele and Snoop Dogg here, and don't be afraid to go with a big group of friends, as many of the rooms are larger than expected.

This karaoke chain is so well-respected that it deserves a category of its own. K Party has a knack for making karaoke singers feel like stars in their own right. Whether it's the speakeasy-style stage or the flattering lights, there are hundreds of rooms filled with decorative furniture, giving it a palace-like setting. Here, sing Oasis, Alanis Morissette and Britney Spears. While this chain was originally founded in Taiwan, it’s worth a visit to one of its many Shanghai locations because it has a beyond-impressive song selection that extends past your typical ‘My Heart Will Go On’ midi tracks. Rent a room by the hour with a group of friends and order Chinese food to chomp on between songs.

This upscale karaoke bar was founded by Chinese actress and pop singer Carina Lau, who sees karaoke as anything but trashy. This place has a VIP vibe with leather couches and sleek design. Every karaoke booth has its own bartender to tend to your needs, as well as video cameras and TV monitors so guests can make their own music videos. Located in the city’s district of Xintiandi, one of the 23 rooms is the VIP suite, room M13 is covered in red, purple and blue lights and strikes a resemblance to the set of Tron or Star Trek: it's like walking into a futuristic video game or a spaceship. In other words, it’s a selfie paradise.

This Chinese company has over 30 locations throughout Shanghai, and there are over 100 songs in English in the karaoke library here. The snacks include caramel popcorn and a wide variety of Asian beers. With pop hits by Katy Perry, Adele and Kelly Clarkson, there are several locations, including ones in Lujiazui and on Huaihai Lu. It isn’t the most glamorous of karaoke bars, but if you just want to have fun with a no-frills surrounding, this is the place to kick back with your friends, as it has a dive bar feel.

If getting on stage makes you nervous, look no further. This is the right venue for those who have stage fright, as each room is designed to look like an apartment. With mirrored walls, ferns and cozy living room-esque couches, the homey vibe puts nerves at ease. What's great about Le Baron is that it's classy and the drink list includes a variety of swanky cocktails. The tunes range from R&B to hip hop classics and 1990s pop hits, so expect to sing Brandy, Monica and Beyoncé, as well as Britpop classics from Blur and Radiohead. At least the neighbours won’t mind.

Ready to belt out your favourite pop tune in Shanghai? G Adventures can get you there. Check out our small group tours to Shanghai and China here. 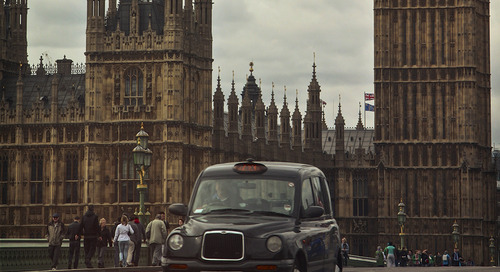 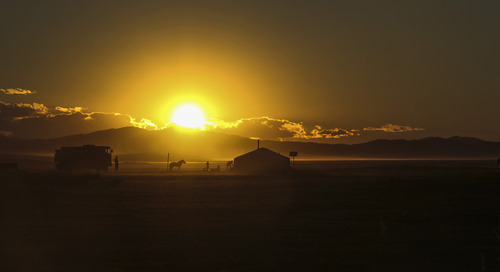 Plus: some of the most interesting cheese in the world