Home » The Looptail, The Travel Blog Powered By G Adventures » The highs and lows of some of the world's most extreme climates
× Share this Article

_For millennia, humans have embraced life in places that face the incredible power of Mother Nature. National Geographic Journeys with G Adventures shows you how these communities continue to survive — and thrive. In the Moroccan Sahara, learn about the Berbers and their nomadic lifestyle among the desert dunes. Take to the Himalayas to see how locals continue to make their homes in the high-altitude region. On the southwest coast of Africa, explore Namibia’s barren deserts where the San peoples have learned to live off the land. On a National Geographic Journeys tour, get a first-hand look at how communities come to grow in the face of extreme climates._

How low does it go? The climate in Namibia is, generally, quite hot — but the country has experienced its share of chilly lows. The coldest it’s gotten in Windhoek, the country’s capital, is -1.6 degrees Celsius (about 26 degrees Fahrenheit), which happened in July 2016.

And how high? In February 2013, temperatures skyrocketed to a sweltering 37.6 degrees Celsius (100 degrees Fahrenheit); fortunately for travellers and locals alike, Namibia’s summertime heat is dry; the humidity is generally higher in the cooler months.

What’s it like most of the time, though? It depends on where you are — and when you’re there! Some of Namibia’s land — such as the Caprivi strip — is green and lush year-round; other areas, such as the Kalahari Desert, are dry and relatively rain-free. The closer you get to the Atlantic, the less it rains — and the colder it gets. The wintertime months, from June to September, are cooler, while it’s hotter the rest of the year. But keep in mind: cooler in Namibia still means fairly hot. Prepare accordingly!

Check out our National Geographic Journeys tours to Namibia here.

How low does it go? In Peru (as in, well, everywhere else), the higher you get, the lower the temp — so if you’re planning a hike to Machu Picchu, bundle up, no matter what time of year. It’s difficult to measure the lowest-ever temperature in Peru, since the cities that are close to sea level may mark a very different “all-time low” than the higher regions; however, in 2010, Peru’s government declared a state of emergency as temperatures in the mountainous south of Peru dipped as low as -24 degrees Celsius (-11 degrees Fahrenheit) in some areas.

And how high? Again, it varies: if you’re by the coast, it’s tropical; if you’re in the Andes, it’s mountainous. In February 1998, temperatures in Lima — the country’s capital, which is located in a valley — soared to about 31.5 degrees Celsius (89.5 degrees Fahrenheit) due to the effects of El Niño.

What’s it like most of the time, though? Like Namibia, it depends on where you are: in the mountains, it’s cold; near the sea, it’s hot! The temperature in the mountainous Andean regions averages between 12 and 15 degrees Celsius (53 to 59 degrees Fahrenheit), while closer to the sea, temperatures range on average between 19 and 25 degrees Celsius (66 to 75 degrees Fahrenheit). It’s a huge range — and one the residents of Peru have traditionally combatted by wearing clothing made of wool, which is warm, versatile, and — most importantly — keeps you dry.

Check out our National Geographic Journeys tours to Peru here.

How low does it go? You might picture Jordan as being dry, arid, and desert-heavy — and you wouldn’t be wrong; the country sits largely on a plateau, famous for its sandy expanses — but the country also experiences several months of cold winter, and even snowfall! In Jordan, the record low was -14 degrees Celsius (6.8 degrees Fahrenheit) in January 1922.

What’s it like most of the time, though? Jordan is truly a four-season destination, with temperatures dipping to below zero in the winter, remaining in the mid-teens in the spring and autumn, and soaring to hot (but dry) in the summer months. Its subtropical desert climate means it hardly ever rains — around 70% of the precipitation in Jordan occurs during the winter months, and even then, it’s close to nothing: all told, it rains about 10 days out of the entire year in Jordan.

Check out our National Geographic Journeys tours to Jordan here.

Check out our National Geographic Journeys tours to Nepal here. 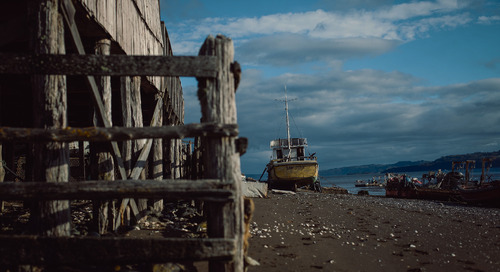 There's magic on the Chilean island of Chiloé

Not far from the mainland, Chiloé's way of life hearkens back to a simpler time 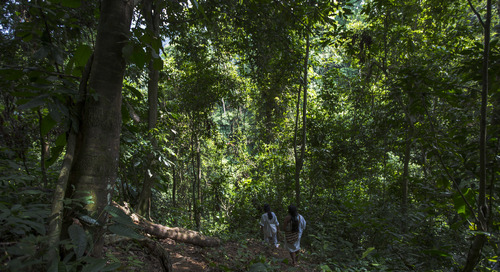