Home » The Looptail, The Travel Blog Powered By G Adventures » The rich story of Kolmanskop, the Namib Desert's ghost town
× Share this Article

In 1849, a gold strike in California helped turn the village of San Francisco into a global city. Fifty years later, the worldwide demand for rubber built opera houses deep in the Amazon jungle, as the obscure Brazilian river station of Manaus became the richest city in South America. But what happens when a boom goes bust? What ghosts are left behind to tell of past glories? A trip to Kolmanskop in Namibia offers some spooky answers.

When a glint in the sand caught the eye of Zacharias Lewala in 1908, the fortunes of Namibia (then the colony of German South West Africa) were transformed almost overnight. Lewala had stumbled across a field of diamonds millions of years old, the precious gems having been washed down the Orange River to the sea and then tossed up by ancient surf onto the Namibian coast.

A diamond rush immediately followed. Within 10 years, prospectors had turned Kolmanskop — a settlement so remote it’s named for someone who abandoned his wagon there in a sandstorm — into the richest boomtown on the continent; the source at the time of one in every five of the world’s diamonds.

With the good times — and the surge in residents, largely from Germany — came the urge to recreate the comforts of home, so Kolmanskop became an unlikely slice of Germany in the Namibian desert. Pretty wooden houses sprang up, with tidy gardens kept green by water pumped in from a newly constructed reservoir. A school was built for the children of the families who flocked to the town. At the local theatre, a resident orchestra played for weekend tea dances where fashionable ladies would vie for attention in the latest outfits. There was a tram, a hospital that reputedly had the first X-ray machine in southern Africa (and a head doctor who insisted his patients eat a raw onion every day for their health).

But as it turns out, diamond riches can evaporate as quickly as a Namib Desert mirage. If Lewala, the African who first found the Kolmanskop diamonds, ever grew rich from his discovery, history hasn’t recorded it. August Stauch, the town’s biggest investor, lost all his money during the Great Depression, and by the time he was dying of cancer back in Germany in 1947, the diamond fields of Kolmanskop were already drying up; meanwhile, speculators were drawn to a new gem strike near the South African border. In 1954, the Kolmanskop theatre orchestra played its last minuet to a much-reduced audience, then packed up its instruments for good. The town was abandoned to the elements.

Sand and wind quickly did their work. Drifts and dunes encompassed the buildings, leaving nothing but a forlorn ruin. Visiting the buildings today is an eerie experience, as if someone accidentally left a door open to let the sand blow in — you half expect to find a cup of coffee getting cold on the table. A few buildings have been partially restored by the mining company that still owns the town, but more still have been left to fall into ruin. Rooms are piled with sand, often with dunes reaching almost to the ceiling.

If you ever visit the Namib Desert, remember to keep your eyes out for something shining in the sand. You can never tell what fortunes might bloom there, no matter how transitory.

Want to check out the vast Namib Desert for yourself? G Adventures can get you there. Check out our small group tours to Namibia here. 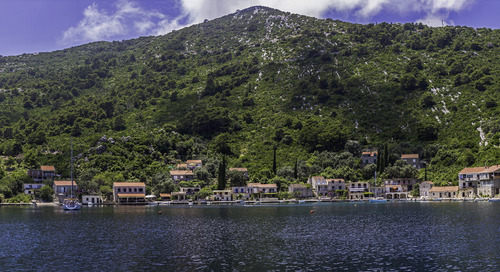 3 Croatian islands you can't miss — and why

There are more than 1,000 islands in Croatia. Here are three of the coolest 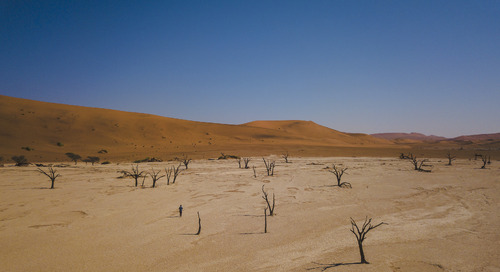