Home » The Looptail, The Travel Blog Powered By G Adventures » The secret of Vancouver’s urban forest
× Share this Article

The secret of Vancouver’s urban forest

Each spring, as the memories of winter drizzle fade, visitors to Vancouver, B.C., are enchanted by one of the season’s most magical sites: 43,000 cherry trees bursting into bloom. With the sea and mountains as a backdrop, the pink and white blossoms are the star of the Vancouver Cherry Blossom Festival (VCBF). The three-week festival attracts sightseers from dozens of countries around the world; all who hope to create a dazzling Instagram story or gorgeous portrait.

What most people don’t realize is that "the perfect shot" is the culmination of a city-wide urban forest strategy. And the path that brings an admirer to their new favourite tree is carefully planned; from the selection and planting of the trees, right up to the volunteer Cherry Scout who spots the blossoms just as they open.

“We’re the bridge between the festival goers and the trees,” Cherry Scout, Shirley Willard told me one grey drizzly January day, not long after scouts had reported the first Whitcomb cherries were blooming. Willard has been a Cherry Scout for the VCBF for four years. She says her role, which began with learning the difference between a plum and cherry tree and expanded to recognizing the 54 different cherry varieties growing in the city, mostly involves a lot of walking.

Willard’s enthusiasm is infectious and she explained how blossom-clusters, tree shape and even bark colour helps the scouts know if they are looking at one of Vancouver’s more common Akebono trees or a locally rare Choshu-hizakura. And while your average blossom fan might not really care if a tree is a Shogetsu or a Shiro-fugen (experts tell me it comes down to blossom shape and subtle variations in leaf colour) it turns out Vancouverites are charmingly fanatical about their forest.

From a special dogwood to a grandpa cherry, just about every city-dweller I spoke to has a favourite tree. And not just a tree species; most can narrow it down to street location and tree varietal. For Willard, her favourite is surprisingly not a cherry, but a magnificent caucasian wingnut at the corner of Comox and Chilko Streets in Vancouver’s West End. “It has a great name, a beautiful shape and long strands of yellow flowers in summer,” Willard said. “It just has a good energy.”

This good energy is only one aspect of what those tending to Vancouver’s urban forest are going for with their planting strategy. According to Superintendent of Urban Forestry for the Vancouver Park Board Bill Stephen urban forests play a big roll in the health of a city. In practical terms they clean the air, counter climate change, act as wind breaks, reduce storm water treatment costs, increase biodiversity and reduce the negative impacts of the heat-island effect. Trees also make a place more liveable—their shade makes city living more comfortable while their blossoms add beauty.

At the turn of the 19th century much of Vancouver was cleared of old growth forests. The trees that established after the logging typically consisted of large conifer species including Douglas-fir, western red cedar and western hemlock and deciduous species including red alder, bigleaf maple, black cottonwood and bitter cherry. Over time other trees were added to the mix. The gift of 500 cherry trees by the mayors of Kobe and Yokohama, Japan in the 1930s, helped expand the forest from 40 native species to more than 500 different kinds of trees.

While it’s easy to grow a variety of trees in city parks, Stephen says it’s more difficult to get trees established and keep them healthy on streets; where there’s often a lot of traffic. The trick has been to experiment. Some efforts have turned out to be mistakes; like the 12,000 or so lindens the city planted. Lindens, it was discovered, attract aphids, and aphids secrete immense amounts of a sticky liquid called “honeydew” which then coats pavement, car windshields and shoes and blows into homes. The city tried to correct the gooey problem by releasing ladybugs, which eat aphids, but ladybug suppliers are few and far between.

While the lindens were a miss with urban residents, the city’s ambitious effort to save and enhance its urban forest by planting 150,000 trees over ten years, has been a hit. So much so that any vandalism or illegal cutting of trees is met with outrage and often makes the news.

The city’s well-loved canopy is obviously more than just social media fodder. It provides cheerful spring flowers, cool leafy streets in summer, glorious autumn colours, and finally gives us winter light by dropping leaves. Stephen, whose favourite tree is a Yoshino cherry in Queen Elizabeth Park’s Quarry, points out the trees also contribute to our emotional health—and there’s something beautiful about that.

The Cherry Blossom Festival runs from April 4-April 28, 2019, but Vancouver’s trees are gorgeous year round. Here’s where you can find some of the cities highlights:

Along the eight consecutive city blocks of West 22nd Avenue from Arbutus Street to Carnavon Street you’ll find clusters of people capturing the sunset as it lights up the blossoms.

This blossom filled square is where they launch the VCBF with the Cherry Jam concert (noon, April 4), it’s also gorgeous.

Blossoms with a mountain and sea backdrop combine for the perfect Vancouver shot in Vanier Park — home to the Planetarium and Vancouver Museum.

A Douglas fir in Stanley Park that's at least 600 years old is thought to be the oldest tree in the city. Just one of the park’s treasures you’ll find it next to Lees Trail, northeast of the intersection of Bridle and Cathedral trails and the covered rest area.

Home to Stephen’s Yoshino cherry, Queen Elizabeth Park also holds more than few stunning examples of the giants of nature. There are big Douglas firs in the forest on the north slope, a few bigleaf maples and a majestic stand of black cottonwoods growing along Ontario Street.

With huge leafy trees, the shady streets Kitsilano make it one of the best neighbourhoods in Vancouver for catching the glorious autumn colours.

The university’s laneways and parklands are a popular spot for watching the green as it turns to gold, ochre and red.

Want to see Vancouver's cherry blossoms up close and personal? G Adventures can get you there. Check out our small group tours to Canada here. 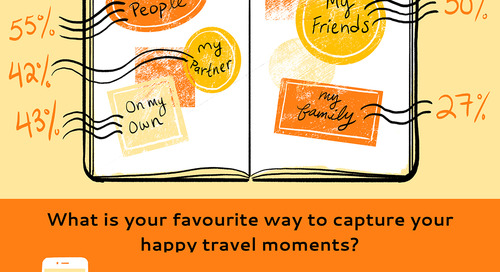 Happiness in travel: Here's what it means to you

For International Happiness Day, we asked our panel about the importance of travel to their mental wellbeing 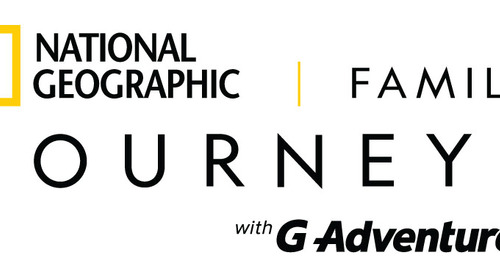 These incredible, ancient structures are steeped in history — and great for wine storage