Five kilometres (3 mi) from downtown Sucre, Bolivia, there’s a place where you can realize all your childhood Jurassic Park fantasies: Cal Orck’o, a 100m (328 ft) dinosaur wall imprinted with more than 5,000 dinosaur footprints.

Cal Orck’o, which is made of limestone, is more than 1.5km (0.9 mi) long and has 462 distinct trails made by eight different dinosaur species. These include footprints made by a baby T-rex, which has been nicknamed “Johnny Walker”: its footprints trace 366m (1,200 ft).

And, no, dinosaurs didn’t walk on walls: due to tectonic activity, the limestone surface, which once laid horizontally, has now been pushed up into an imposing, impressive rock wall.

All of the tracks were formed during the Maastrichtian age of the Cretaceous period in the Mesozoic era, which, for non-dino buffs, took place approximately 68 million years ago. The footprints were first discovered in 1985 by miners, but their importance wasn’t fully realized until the mid- to late-1990s when a research team led by Swiss paleontologist Christian Meyer arrived to research the wall. Parque Cretacico, which opened in the vicinity in 2006, features 24 dinosaur replicas as well as a 46m (150 ft) high platform from which Cal Orck’o can be viewed. The site itself was closed off to tourism from 2008 to 2016 due to damage to the site; now, there are guided tours available that will take tourists within a few metres of the wall.

The excellent preservation of the dinosaur tracks on Cal Orck’o is due to the climate fluctuations that would have taken place in Sucre after the footprints were set. According to a 2011 piece in The Guardian <[HTML_REMOVED]>, dinosaurs stepped onto a soft shoreline, and the imprints they made were solidified by drought. Later, wet weather returned, and the prints were sealed beneath mud and sediment. This pattern — drought giving way to wet weather — repeated seven times between the Cretaceous period and today.

Unfortunately, Cal Orck’o’s location — in a limestone quarry owned by Fancesa, a Bolivian cement company — means its tracks have been damaged by mining work and erosion. The government of Bolivia attempted to have Cal Orck’o designated as a UNESCO World Heritage site in 2009, which would have provided USD$8-million in funding to help preserve the dinosaur tracks. However, the designation failed Fancesa opposed the application. In the meantime, visitors are still able to see this massive, diverse selection of dinosaur footprints — hopefully, not only for a limited time.

Want to see Cal Orck'o for yourself? G Adventures can get you there. We run a number of trips to Bolivia that will take you from the salt flats to Sucre and beyond. We're excited at the prospect of showing you more of this big, beautiful planet — check out our small group tours to Bolivia here. 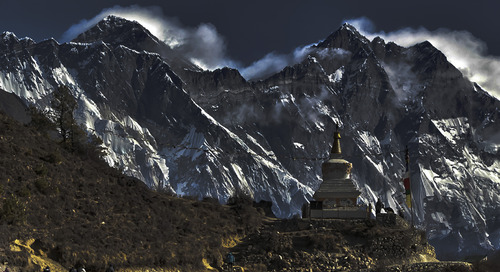 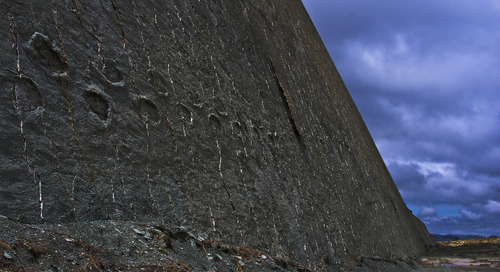