Home » The Looptail, The Travel Blog Powered By G Adventures » Top 7 things to do in Mumbai
× Share this Article

Top 7 things to do in Mumbai

Brimming with more than 21 million people, Mumbai makes it easy for one to feel sensory overload upon arrival. If you find yourself overwhelmed — and the colours, aromas, and bustle at all hours of the day — you’re not alone.

First, take a deep breath, and then lean in to Mumbai. You’ll find a fascinating and diverse city that is at once materialistic, fast-paced, and future oriented as much as it is grounded in tradition and spirituality. This Indian metropolis will continually challenge your assumptions, open your heart, and confuse you all at the same time.

So where to begin in Mumbai? Here are a few ideas to help orient you and give you a feel for this dynamic city and its people.

1. Watch a cricket game in the Oval Maiden near High Court

To get a sense of Mumbai’s importance as a British colonial city, take a walk in and around its High Court in the Colaba district. This imposing piece of neo-Gothic architecture is still in active use as the city’s main court; pop inside and sit in on a hearing.

Just below the High Court is the Oval Maiden, a green space used by pedestrians and athletes alike. Escape the bustle of the nearby streets by finding shade under a tree and watching a cricket game. Bonus points if, as a first time cricket spectator, you can figure out the rules of the game.

2. Give back at the Dharavi slum

“Slum.” It’s a loaded word, one that conjures a raft of negative imagery. Spend some time in Asia’s most populous slum of close to a million people and give back while you’re getting a glimpse of life as it’s lived here.

One of the goals of Reality Tours & Travel, an organization operating and investing in the community, is to take travellers around Dharavi and illustrate respectful ways to break down some of the stereotypes we may have of slums and the people who live in them. In addition to the basic Dharavi walking tour, you can also book one that includes lunch with a family.

Akshay, our guide, explained how recycling is one of Dharavi’s biggest and most successful industries. “Every type of plastic, aluminum, and metal is collected from around the city and brought to Dharavi. Then it is sorted for quality, crushed down or melted, cleaned and resold. Nothing is wasted. Absolutely nothing.”

Flowers play an integral role in Indian and Hindu culture, from the city streets to the inside of temples and homes. A visit to Dadar Flower Market opens a new world and is a place where much of the city sources its flowers, including piles of decorative rose petals and impressive strands worn at religious ceremonies.

With more than 600 flower stalls, file this experience under sensory overload. It’s packed with colours, bursts with fragrance, and there is a bustle of buyers who sellers could easily engage for hours. Spend time at one of the smaller, privately-run stalls and you may find yourself being treated to tea by a friendly owner.

Note: The Dadar Flower Market begins as early as 4:00 AM, so try to get there in the wee hours of the morning for the best action. The market lanes are located about 5–10 minutes from Dadar station.

Gaze at Mumbai’s 19th century era Victoria Terminus (also known as Chhatrapati Shivaji Terminus) from the outside and notice something a bit unusual in its colonial buildings: its High Victorian Gothic design includes a few Indian architectural touches. The train station’s unique blend of architecture and functionality landed it its coveted UNESCO status more than a decade ago.

With over three million commuters daily, trains are often the best way to get around this sprawling city. Don’t be deterred by the crowds. Hop on a northbound train to get you around — or simply to experience the essence of big city train like none you've ever known.

Fruit and vegetable markets are one of the first places we visit upon arrival in a new city. Markets help orient us to food, people, and culture. Crawford Market, Mumbai’s largest market is housed in a British colonial Gothic structure and remains one of the city’s best places to get your fill of spices, herbs, fruits, vegetables, and more.

If your visit coincides with the May/June high mango season, be sure to leave some room and get your fill of Alphonso mangoes, known to be the sweetest and richest mangoes in the world.

Note: Although the market is open until 8:00 PM, visit earlier in the day when produce is first being delivered and local people are doing their shopping. You’ll be treated to Mumbai people-watching at its finest.

6. Watch the sunset at the Gateway of India

The Gateway of India is a popular spot for locals and travellers to gather at the end of the day to watch the sunset over the Arabian Sea. Once the place where British governors would arrive in India, the gateway is now flush with street food stalls, games, and entertainers.

Mumbai is known for its street and chaat (snack) food, which is a far cry from the creamy, rich Punjabi-style dishes that many of us know as Indian food from restaurants in Western countries. If the idea of eating street food in India intimidates you, don’t despair, many of these dishes can also be found in nearby restaurants or cafeterias.

Here are a few of Mumbai’s signature dishes to try:

Best areas for street food: Many of the dishes above can be found at street food stalls around Chowpatty Beach, which is also a good place to enjoy a sunset. Mohammed Ali Road is another recommended area for street food and offers a broad selection of kebabs and meat dishes. If you’re really curious about street food or want to be sure to eat from vetted food stalls, consider signing up for a street food tour.

G Adventures runs a number of departures in India encompassing a wide range of departure dates and activities to cater to different tastes. We’re thrilled at the prospect of showing you this big blue planet of ours — check out our small group trips here. 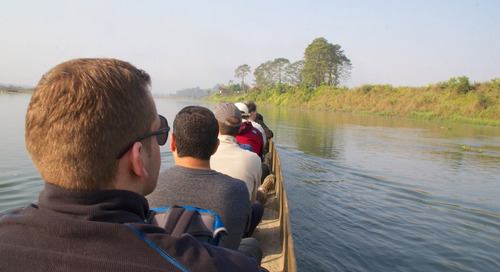 Follow along with travel blogger Nellie Huang as she boards a dugout canoe and an off-road Jeep in search o... 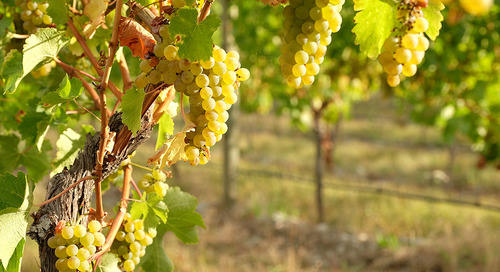 3 wineries in Israel you can’t miss