Home » The Looptail, The Travel Blog Powered By G Adventures » Visual Adventure: Amsterdam and The Hague
× Share this Article

Visual Adventure: Amsterdam and The Hague

The Netherlands is unique in that the country's capital, Amsterdam, is not the seat of government (The Hague holds that honour). Although they are only a 90-minute drive from each other, the two cities couldn't be more different. Amsterdam has been the epicentre of Dutch history over the last several centuries. It is known for its canals and as one of the best cities for cyclists in the world. The Hague is smaller and less well known, but it is very important in its own right as the seat of the Dutch Parliament and the home of the International Court of Justice. Let these photos inspire you make your way to both of these cities on your travels to the Netherlands.

Amsterdam is best known for its canals that form several semicircular bands around the old city. Most of the canals were built in the 18th century and are a very early example of city planning

The canals were originally designed for defence, but they also served as a way to get cargo in and out of the city easily, helping to facilitate Amsterdam's role as a hub of commerce in the 18th and 19th centuries.

Amsterdam is also one of the most bicycle-friendly cities in the world. Due to the flat nature of Netherlands, it is very easy for cyclists to get around. You will see many, many bicycles all over Amsterdam all year round, and streets abound with dedicated bicycle lanes.

Between 1883 and 1920, the Dutch created a ring of fortifications around Amsterdam to protect it from invasion. Extending 135km (83 mi) around the city, the forts worked in conjunction with strategic flooding of polders (low-lying pieces of land that are surrounded by embankments) to protect the city. These fortifications were named a UNESCO World Heritage Site in 1996.

Amsterdam is technically the capital of the Netherlands according to their constitution, however, the seat of government and of the monarchy are both located in The Hague or Den Hague. In this photo, you can see the car parked outside the office of the prime minister of the country. The PM drives himself to work!

The Netherlands is a monarchy. The current king, Willem-Alexander, took the throne in 2013 when his mother, Queen Beatrix, abdicated. This is a photo of the Noordeinde Palace, one of three official royal residences in the Netherlands.

The Riderzal is the location of the ceremonial opening of the Dutch Parliament every year.

Commercial buildings in the Netherlands traditionally had a carved head or something similar on the storefront sign to let people know what sort of establishment it was. Here is an old bust on the top of a pharmacy in The Hague.

G Adventures runs a number of departures in the Netherlands encompassing a wide range of departure dates and activities to cater for different tastes. We’re thrilled at the prospect of showing you this big blue planet of ours — check out our small group trips here. 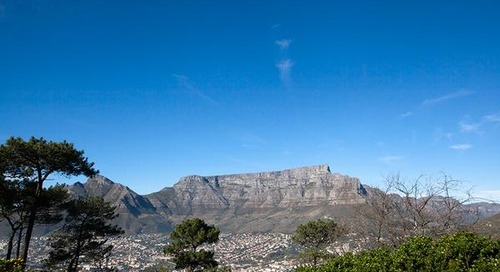 Bottoms up: The story of Table Mountain

What gives this Cape Town must-see its unique shape? Wanderer-in-Residence Jodi Ettenberg takes us back to ... 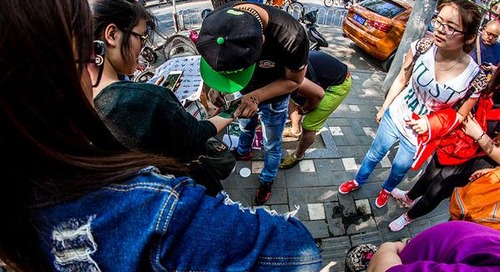 Join adventure photographer Todd Weselake as he takes you right into the middle of all that China has to of...