Home » The Looptail, The Travel Blog Powered By G Adventures » What makes prosciutto from Italy’s Parma region so good?
× Share this Article

What makes prosciutto from Italy’s Parma region so good?

Visit the Parma region of Italy and you won’t pass a day without finding prosciutto in your breakfast, lunch, and/or dinner. Prosciutto simply means "ham" in Italian, but it colloquially refers to the salt and air-cured variety of ham that frequently adorns our charcuterie boards.

While it’s made in other regions of Italy like San Daniele, the prosciutto made in Parma is well-respected and its production is controlled with through a Protected Designation of Origin (PDO) status. This recognizes the traditional methods used to make prosciutto in Parma; there’s even a consortium that ensures producers adhere to rigorous standards for its products to be labelled as Prosciutto di Parma.

I talked to Roberto Fracchioni, a chef and culinary school professor — and the Canadian brand ambassador for Prosciutto di Parma — to learn how this ubiquitous cured meat is made (and why it tastes so darn good).

Making Prosciutto di Parma begins with heritage breeds of free-roaming pigs that are fed a special ingredient that is, cleverly, the byproduct of another popular food item in Parma: whey from the making of Parmigiano Reggiano. “This only happens in Parma because Parmigiano Reggiano is only made in Parma and they don't transport the whey outside of the region,” says Fracchioni. After the hogs reach a certain age and size, usually around nine months, they’re slaughtered and the legs are trimmed of excess fat to achieve the rounded shape we’ve come to associate with whole prosciutti.

As the only ingredient that can be added to Prosciutto di Parma, the task of salting the hams is no small feat. Most prosciuttificios, prosciutto manufacturing facilities, have just one maestro salatore, a salt master that applies a precise quantity of sea salt to the hams by hand. “There's one guy who salts every single ham,” explains Roberto Fracchioni. At peak production, a maestro salatore might salt up to 2,500 hams in a day. “His hands are red and raw because he’s using coarse sea salt.”

Fracchioni explains why the position of maestro salatore is so revered. “If he messes one up, the ham goes bad and it’s hundreds of dollars out the window,” he says. “If he uses too much salt, it'll dry out. Too little and it’ll rot.” It’s for that reason that apprentices must work alongside a maestro for up to a decade to learn the craft of salting due to the long cycles of aging. “You don't know if you screwed up until two years later,” Fracchioni says. “It’s not an easy apprenticeship.”

After salting, the legs spend about a week in refrigerated, humidity-controlled rooms before residual salt is removed and a second coating of salt is applied. Then, the hams head back into the cold room. Temperature control is important at this time, when the meat is still fresh, since conditions too warm will cause the hams to spoil while too-cold temperatures mean the meat won’t absorb as much of the salt.

After another 60 to 90 days in refrigeration, salt is washed off the legs and the hams head into a curing room where they’re hung on racks for an initial period of drying. There’s no refrigeration or mechanical air circulation at this stage. Temperature and humidity control happens the old-fashioned way: by opening and closing windows. “There's a gentle breeze that comes off of the ocean,” explains Roberto Fracchioni. “Then it goes through the Apennine mountains and during certain times of the year, when the olive trees are in blossom, the air is perfumed. That air blows over top of the prosciutti and that gives it the flavour that it needs.” The air-curing lasts about three months, during which exposed surfaces of the meat have dried and hardened.

After curing, the exposed parts of the legs are smeared with rendered pork fat. This softens the surface layers and further prevents moisture loss so that the hams don’t become too dry. After larding, the hams are hung in a dark cellar for the final stage of aging. During this period, the hams are inspected weekly by piercing multiple parts of the ham with a needle and sniffing the needle to detect potential spoilage or other flaws in the meat. A needle made of horse bone (yep, that is bone from a horse) is used for this since it absorbs and releases scents quickly. Hams must be cured for a minimum of 400 days, starting from the first day of salting, but some may spend up to three years being cured.

“The best way to appreciate it, for people who are uninitiated, is to eat it raw,” recommends Fracchioni. “You carve it and eat it with good, crusty Italian bread.” He suggests avoiding herbed bread, like rosemary focaccia, to best appreciate the flavours of the prosciutto. After then, the possibilities are endless and go well beyond the charcuterie board.

“In Italy, prosciutto is an ingredient that can be used in a million different ways,” says Fracchioni. “Everybody from the old Nonna in their kitchen cooking lunch for their 50-year-old son who still hasn’t moved out of the house, to the three-star Michelin restaurants, everybody uses it in a multitude of ways.” End pieces can be used to flavour soups and stocks, slices can be dried into chips and used as a garnish for salads, and prosciutto fat can be whipped and used like butter or made into a dressing.

While you’re visiting Italy, just remember that each region is “fiercely loyal” to the products they’re known for producing, according to Fracchioni. “Food means more to an Italian than sports, than anything else,” he says. “It's very serious business when you're talking about food.” So expect to treat all the regional Italian delicacies you eat with respect and reverence, which shouldn’t be a problem since pretty much everything this country produces is delicious.

Check out our small group tours to Italy here. 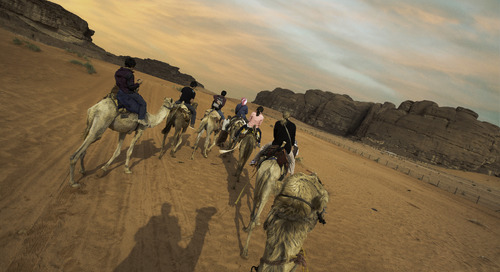 Everything you need to know about camel trekking 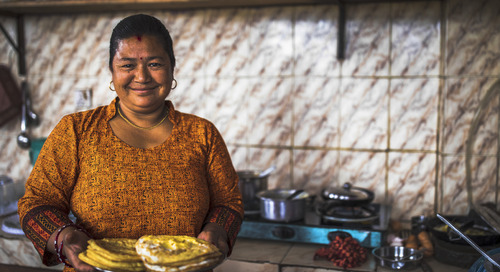 The Planeterra Foundation has ramped up its commitment to community tourism