Home » The Looptail, The Travel Blog Powered By G Adventures » Where to (sort of) relive five of the world's most historic expeditions
× Share this Article

National Geographic Journeys with G Adventures take you down the same roads as the world’s most famous explorers. For centuries, historic expeditions have illuminated the planet’s most incredible places. Fly over Everest and see where Sir Edmund Hillary and Tenzing Norgay made their historic climb to the top. Explore New Zealand, first circumnavigated by James Cook in the 18th century. Sail down Patagonia’s Beagle Channel, named for the ship that famously launched Charles Darwin’s career. With National Geographic Journeys, witness firsthand how this amazing planet inspires the explorer in all of us.

The journey: From the base to the top of Mount Everest in 1953. The pair were the first two people to stand on Earth's tallest mountain peak.

The story: When Hillary and Tenzig began their Everest climb — alongside a team that included more than 300 porters, 20 Sherpas, and 10 climbers — in 1953, they were far from the first to attempt it. In fact, Tenzig had already come close: a year prior, he and Swiss climber Raymond Lambert came within 200 metres of Everest's peak. Hillary wasn't the team's first pick to attempt the summit, but after Tom Bourdillon and Charles Evans — the former president of the Oxford Mountaineering Club and a brain surgeon, respectively — failed in their bid to summit, Tenzig and Hillary were a natural fit (according to National Geographic, Hillary had made a concerted effort to bond with Tenzig over the course of the climb). And so it was that, on May 23, 1953, the pair became the first two men to stand atop Everest — a feat that has since been accomplished by more than 4,000 people.

Follow in Hillary and Tenzig's footsteps — well, sort of — with our Nepal: Himalaya Highlights tour, which includes an optional flight over Mount Everest.

The journey: Cook sailed south from Britain to New Zealand, making the first recorded circumnavigation of that country.

The story: By the time he sailed south to New Zealand, Cook had already proven his mettle as a skilled cartographer, having mapped much of the the entrance to the St. Lawrence River during the Seven Years' War, and also having charted the Canadian province of Newfoundland in 1775. In 1768, Cook set sail south, aboard the HMS Endeavour, towards New Zealand; the following year, he would become the first person to map the entire coastline of the Oceanic country.

Visit the country that Cook mapped — and its Australian neighbour — on our Explore Australia & New Zealand tour.

The journey: The channel was named during HMS Beagle's first hydrographic survey of the southernmost parts of South America, which took place from 1826 to 1930. Darwin would board the Beagle during its second survey.

The story: The HMS Beagle is perhaps most famous for being the ship on which Charles Darwin made his seminal journey to the Galapagos Islands, but that trip was in fact the Beagle's second excursion. On its first, it charted and named the Beagle Channel, which is a 240 kilometre-long stretch that extends from Chile's Nueva Island in the east to the Pacific Ocean in the west; Ushuaia, in Argentina, is the largest settlement along the Beagle Channel. The HMS Beagle's maiden voyage down the Beagle Channel was not without its complications; the ship's first captain, Pringle Stokes, took his own life during the trip, and was replaced by Robert FitzRoy. Darwin would board the Beagle in 1831, for its second voyage.

Sail down the Beagle Channel on our Discover Patagonia tour.

THE NAMING OF VICTORIA FALLS

The journey: Livingstone, a British missionary, is widely believed to have been the first European to see Victoria Falls, which he did during his near-complete mapping of the Zambezi River.

The story: The Scottish-born Livingstone was not an explorer, per se, but a missionary who believed that the discovery of alternative economic outputs in African countries would help abolish the African slave trade. He lived and worked in various countries throughout the African interior during the mid- to late-19th century; he named the falls after then-reigning monarch Queen Victoria, though the Tonga name for the falls, Mosi-oa-Tunya, is still widely used and recognized.

A FAILED VOYAGE TO THE ORIENT

The journey: Munk and his crew landed on the spot now known as Churchill, Manitoba, in 1619, from Denmark, in search of the Northwest Passage to the Orient.

The story: In 1619, Munk and a crew set sail from Denmark aboard The Unicorn. After passing Frobisher Bay and fighting down the Hudson Strait for nearly a month, they made landfall at the mouth of the Churchill River. Unfortunately, the region's punishingly cold climate took its toll on Munk's men: besides himself, only one other man survived the winter, the rest having succumbed to cold, famine, or scurvy. Despite the ill-fated journey, there is now an island off Canada's Baffin Island named after Munk, as well as a harbour — Munk Harbour — near Churchill, and a Canadian rose varietal.

Try your luck at spotting polar bears in the wild in Churchill, Manitoba, on our Canadian Polar Bear Experience tour. 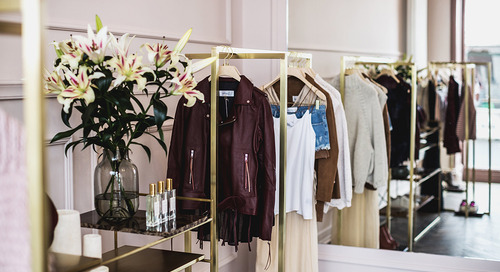 Where to go shopping in Berlin 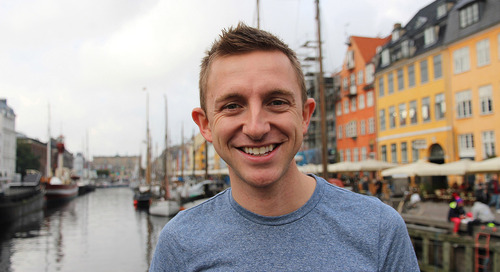 5 things to know when planning a "gap year"

Expert tips from someone who's done it