Home » The Looptail, The Travel Blog Powered By G Adventures » 10 must-read novels by women to inspire your next trip
× Share this Article

10 must-read novels by women to inspire your next trip

March 8 marks International Women's Day, a day which is observed annually to commemorate the progress made in the area of gender equality, and to reflect on the necessary changes and challenges required going forward. This year's International Women's Day theme is Balance for Better: when women and female-identifying people are empowered, we all benefit. All this week, the G Adventures blog will be looking at the ways travel impacts women — and vice versa. Today: some great books that just might inspire a bit of wanderlust.

It’s hard to believe the 2010’s are almost over. Looking for a great way to cap off this wild decade in style? Pick up a novel by a woman that makes you want to travel.

A wave of top-flight novels by women writers is hitting hard. Nine of 2017’s top 10 best-selling literary authors in the U.K. were female, and recent award-winners like Esi Edugyan’s Washington Black and Naomi Alderman’s The Power feature wide-ranging geographical settings. Whether you prefer graphic novels, historical novels, or murder mysteries, you’ll find something to spark your globe-trotting adventures.

As a boy, I devoured James Michener’s Hawaii and Martin Cruz Smith’s Gorky Park, and couldn’t wait to visit Maui and Moscow. As an adult, I haven’t abandoned my traditional male literary idols, but exploring the ever-expanding female literary landscape has turbocharged my wanderlust.

“It is good to have an end to journey towards; but it is the journey that matters, in the end,” Ursula Le Guin wrote in her 1969 sci-fi classic The Left Hand of Darkness. Fifty years later, it feels more urgent than ever to see the world through fresh eyes.

Here are 10 must-read novels by women to inspire your next trip.

1. Chasing the Light by Jesse Blackadder

Chasing the Light is a gripping fictionalized retelling of how three Norwegians became the first women ever to visit Antarctica.

Ingrid Christensen and her determined companions confront the grim realities of the 1930’s whaling industry while marvelling at the frozen South Pole continent. The Australian author travelled to Antarctica to research this 2013 historical novel.

2. We Came Here to Forget by Andrea Dunlop

If you’ve ever dreamed about running away and becoming a completely different person, We Came Here to Forget will hook you.

This new page-turner by Andrea Dunlop (Losing the Light, She Regrets Nothing) stars Katie Cleary, an American Olympic skier. After a family disaster strikes, Katie relocates to Buenos Aires, changes her name, and strikes up a dangerous romance with a tango teacher.

3. The Only Woman in the Room by Marie Benedict

Hedy Lamarr achieved Hollywood fame with classic movies like 1949’s Samson and Delilah. However, the Austrian-born actress made an even more lasting impact by inventing frequency-hopping technology, used in today’s mobile phones.

Marie Benedict, whose previous books include The Other Einstein and Carnegie’s Maid, kicks off this 2019 novel with Lamarr’s dramatic days in pre-Second World War Vienna.

4. Daughter of the Gods by Stephanie Thornton

While Cleopatra remains Egypt’s most famous female ruler, Stephanie Thornton offers a dynamic portrait of Hatshepsut, who became the Pharaoh some 1,400 years earlier.

Published in 2014, Daughter of the Gods burgeons with vivid descriptions of archery, chariot races, and newly constructed temples. It captures the passion of a fiercely independent woman surrounded by enemies.

It’s not easy to do justice to all the roles Josephine Baker played. The black American woman starred as a dancer at Paris’s Folies Bergere, aided the French Resistance, and became a 1960s U.S. civil rights icon.

6. My Brilliant Friend by Elena Ferrante

In 2018, The New York Times named My Brilliant Friend one of its 15 vanguard books by female writers in the 21st century.

The identity of the ultra-private Elena Ferrante herself remains elusive, but My Brilliant Friend compellingly portrays the enduring friendship of two young women in 1950’s Naples. Settings include the city’s famous botanical gardens and the elegant Piazza dei Martiri. The novel was adapted into an HBO miniseries.

7. The Next One to Fall by Hilary Davidson

Hopefully your visit to Machu Picchu is less dramatic than that of travel writer Lily Moore, who finds herself tracking the murderer of a visitor pushed down a staircase in the lost Inca city in the Andes.

Author Hilary Davidson, whose 2011 book The Damage Done won the Anthony Award for Best First Novel, is a former travel writer for Frommer’s and CNN Travel.

8. The Island of Sea Women by Lisa See

If the Pyeongchang Winter Olympics piqued your interest in South Korea, Lisa See’s new novel about friendship in an all-women diving collective on Jeju Island could take it up a notch.

For visitors, caves and dormant volcanoes, plus the nation’s highest mountain, add allure to the real-life setting for this New York Times bestselling author’s latest effort.

9. Island of a Thousand Mirrors by Nayomi Munaweera

Elephants, tea plantations, and ancient Buddhist temples rank among Sri Lanka’s premier attractions. However, Island of a Thousand Mirrors focuses on the civil war that raged between 1983 and 2009, exploring the perspectives of Yasodhara, a middle-class Sinhalese woman in an arranged marriage, and Saraswathi, a Tamil woman from the war-torn north who dreams of being a teacher.

Are you a sinner, a believer, or just confused? Three Daughters of Eve juxtaposes the colourful, chaotic vibrancy of Istanbul’s streets with scenes from Oxford, where the three titular characters debate issues of culture and spirituality.

Elif Shafak, who resides in London, is Turkey’s best-known female author. In its review of Three Daughters of Eve, the Washington Post hailed Shafak for her “passionate, athletic approach toward the novel of ideas.” 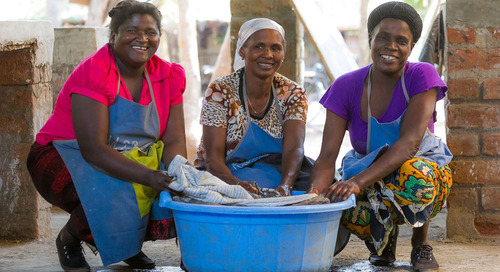 Empowering women through travel in Zambia, Zimbabwe, and Uganda 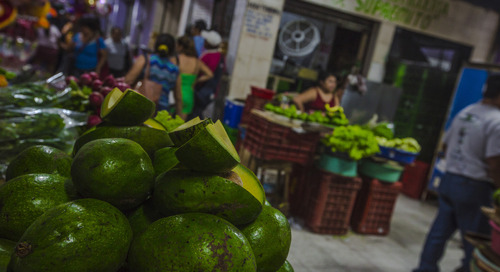 Traveller's depression is real. Could a trip to the local market be the cure?