A visit to Japan feels like you’re on a wonderful planet of its own. It’s a place of opposites, of tradition and modernity, of chaos and order. And, in an attempt to make the most of dense urban areas (92% of Japanese reside within cities), the Japanese employ a sometimes-traditional, sometimes-playful approach to living with each other, creating a unique social landscape. Here are some observations I’ve made that, I believe, help make Japan, Japan.

Having many people and even less space usually equates to chaos – unless you’re in Japan. Here, even the trains get a good reputation. The famous Bullet Train (Shinkansen) has an accumulated annual delay of only 0.6 seconds per train. This means that people are never late but also, that with such demanding schedules, passengers at the station need to be ready to board. There’s a certain etiquette to it most of which comes down to making a perfect queue at the exact point on the platform where the nearest door to your seat will be. Even at rush hour this ritual has to be respected, so if you’re slow or late, try not to get squeezed in the closing doors.

By any stretch, Tokyo is a massive city, yet it feels perfectly manageable. Even when the lights turn green at the ‘Scramble’ (the world’s busiest pedestrian crossing, just outside Shibuya station) it looks like a coordinated dance as the masses pour into the street.

Even Shinjuku Train Station (the busiest station in the world) is intelligently equipped to handle its throngs of passengers. More than 3m people pass through it every day, yet its excellent wayfinding signage (in English and Japanese), an abundance of food outlets, high-tech toilets (more on that in a moment), and clean spaces to wait (or sleep) in case you missed your last train make it a model of crowd control.

Japanese culture places importance on living as part of a community. Any visit here will reveal a friendly and grateful attitude that favours putting others first.

When it rains here, it really pours, making Japan's consumption of umbrellas one of the highest in the world (120m cheap plastic umbrellas per year to be exact – nearly half of which end up in the trash). To lessen environmental impact, some community members in Shibuya introduced a program called Shibukasa in 2007. At any time, you could borrow an umbrella, completely free of charge and return it when it was no longer needed. These days you're more likely to see it run like a bike-sharing service but the fee is still nominal.

From vending machines that sell hot drinks, to mirrors with built-in desteaming capability, to taxis equipped with USB chargers – if something makes life a little easier, Japan will implement it. The most noteworthy of examples are the toilets, which have garnered global recognition for their cleanliness and design. Most have a bidet setting, a blow dryer, an auto-clean function, a heated seat, relaxing music, and even the option for a light show. Consider yourself warned.

Seaweed for breakfast, lunch and dinner

Seaweed is present at every meal, with a number of varieties to explore. Umi-budō (sea grapes or green caviar) is a type of seaweed that pops like tiny bubbles when you chew it. Mozuku seaweed looks like green spaghetti and tastes like pickled cucumber with a slimy texture. I suggest you try as many types of seaweed as you can.

The Japanese cuisine is one of the healthiest I’ve come across. Not only because of the fresh, often-raw ingredients, but also because of the tiny portion sizes and bento-style assembled dishes. Fish (especially raw), seaweed and green tea are everyday items on the menu, while sugar and spices are used in moderation to preserve the natural taste of the main ingredients.

Try Kaiseki – a traditional multi-course dinner consisting of many small, balanced, and very well presented dishes. This type of cuisine is about 500 years old and offers a diverse mix of root vegetables, fish and seaweed. It’s not too heavy and it’s high in protein.

The Tsukiji Fish Market was the biggest seafood and fish market in the world and remains my personal definition of paradise on Earth. It was most famous for its bluefin tuna (maguro) auctions but the market sold anything that could possibly grow or live underwater (2400 tons of it daily). The inner wholesale market and tuna auctions moved to Toyosu Market in 2018 but the outer market still bustles with sushi merchants and food vendors. The quality, choice and affordability of seafood here is amazing so don't miss out as you wander the alleyways.

Seek out the unique

In Japan, everything seems to be made in a way that helps make this country so unique. In fact, it’s this stylized, balanced and playful approach to life that makes Japan like no other place. A visit here can show a new perspective. And isn’t that what makes travel so enriching? Go see for yourself; you won’t be disappointed.

G Adventures runs a number of departures in Japan encompassing a wide range of departure dates and activities to cater for different tastes. We’re thrilled at the prospect of showing you this big blue planet of ours — check out our small group trips here. 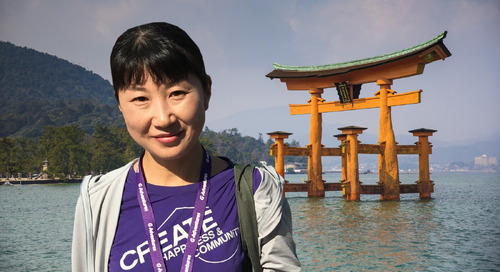 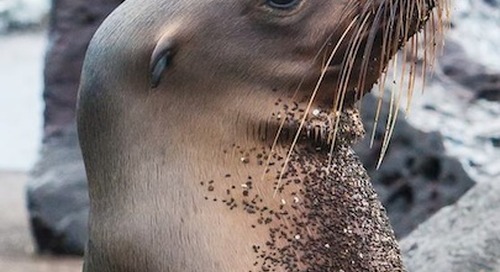 There are two ways to take in the famed isles and we're sharing the incredible things you can see in either...