We've added a new safari to Tanzania as one of G Adventures new tours for 2018! If you've been dying to go visit the Selous Game Reserve — or just want to find out what it's like to go there with G — click here to learn more about our new Wildlife Parks of Tanzania trip.

It might not have the name recognition of Kruger, but Selous is worthy of a visit. Here, five fascinating facts about the Tanzanian reserve:

Established in 1922, Selous is the oldest wildlife reserve on the continent. And, at 50,000 sq. km (5,000,000 ha), it’s the largest, too. That’s bigger than many other game reserves, including the neighbouring Serengeti National Park or South Africa’s Kruger National Park. In fact, it’s bigger than some countries, including Switzerland, Denmark, and Bhutan.

While Selous’ size makes it a huge draw, its remote location in southern Tanzania means it’s also Africa’s least-visited reserve. Its hidden-gem feel likely has to do with the restrictions placed on visitors, too; only the northern Selous, above the Rufiji river (about 8% of its total area) is open to tourists.

3. It’s possible to get extra up close and personal with the animals

Selous isn’t a national park, so while there are rules — no buses may operate after sundown, for example — visitors can experience a wider range of activities than they would at the more famous Serengeti National Park, for example. Think: going off-road to hope for a closer look at the reserve’s many lion prides.

The vast Selous contains several varied ecosystems, and Unesco estimates there are upwards of 2,000 plant species represented in the park. This means there are tons of animals that make their home here, too, including “significant concentrations” of elephants, cheetahs, hippopotami, crocodiles and black rhinos, the latter of which may be some of the last in Tanzania. According to its tourism board, Tanzania has more wild animals per square kilometre than any other country in Africa, thanks in no small part to Selous. One example? The giraffe population here has become so large that the reserve has earned a punny nickname: “Giraffic Park.”

That’s how the park’s namesake, Frederick Courteney Selous, pronounced his name. Selous was a British adventurer, hunter, and conservationist who explored south-central Africa for decades, becoming so well-known that author R. Rider Haggard used him as inspiration for his famous protagonist, Allan Quatermain. Selous was killed near Beho Beho camp by a German sniper in 1917, and was buried nearby. Five years later, British colonists combined several existing game reserves into one super-sized one, naming it after their countryman.

Ready to head to Tanzania? G Adventures can get you there. Check out our small group tours to Tanzania here. 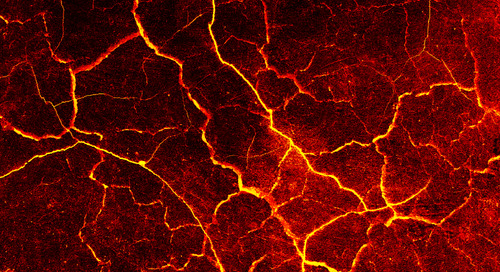 What it's like to roast marshmallows over Pacaya, an active volcano in Guatemala

Hint: it might be the most cinematic marshmallow-roasting in the world 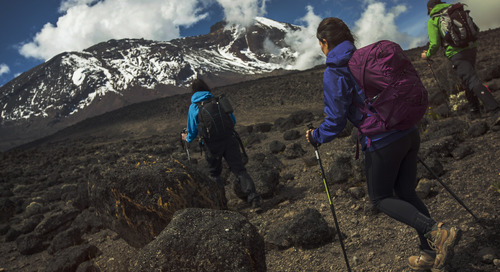 Whether you're a novice trekker or an experienced hiker, these tips are for you