Home » The Looptail, The Travel Blog Powered By G Adventures » What it's like to roast marshmallows over Pacaya, an active volcano in Guatemala
× Share this Article

What it's like to roast marshmallows over Pacaya, an active volcano in Guatemala

If the story of your life ever flashes before your eyes, you better hope it’s worth watching.

If it ever happens to me, I hope I’ll get to linger over my memories of standing before the active Pacaya Volcano in Guatemala as it puffed perfectly rounded rings of smoke from its crater. I felt like an extra in a bizarre mashup of the Lord of the Rings and Alice in Wonderland, in which the Hookah-Smoking Caterpillar exercises a tyrannical rule from his Guatemalan Mount Doom. It was, in other words, the most cinematic moment of my life thus far.

The whole experience of hiking the volcano was a little bit like falling down a rabbit hole and being spat out into a strange, new world — only it involved less tumbling, and more sweating. Walking down to the lava field from the vantage point at the end of the trail, the otherworldliness of my surroundings only intensified: I was now at ground level, dwarfed by the imposing, jagged formation before me, and winding my way along a rocky path forged between walls of black, hardened lava. Heat rose from the ground below and dispersed upwards into the cool evening air.

Pacaya was my first introduction to Guatemala’s volcanoes, of which there are an impressive 37. The country’s former capital, Antigua, is a great base from which to explore Pacaya and the trio of volcanoes that guard the city more closely: Agua, Fuego, and Acatenango. At an elevation of 2,552m (8,373 ft), Pacaya is the easiest climb, and takes about half a day. Still, if it’s bragging rights you’re after, this option is not to be underestimated: though Pacaya isn’t massive, she is fierce. As one of only three active volcanoes in the country, Pacaya has erupted regularly for the last 23,000 years.

On this particular day, we timed our hike to coincide with the sunset, piling into the van after lunch. Antigua’s colourful colonial architecture transformed into rural landscapes as we left the city behind. After an hour and a half, we arrived at the small town at the base of the mountain, where the trail begins. Sweet-faced local children offered walking sticks for hire and chickens pecked at the ground at our feet for seed.

The hike itself was incredibly picturesque — more so than I expected — and lush. Glimpses of the peak on the way up were scarce, so it was easy to be lulled into believing that I was walking a rainforest track — until a faint rumble in the distance reminded me that I was, in fact, inching closer to one of nature’s fiercest displays. On a clear day, the views over Antigua are said to be spectacular, although on this particular afternoon, we were instead treated to the surreal visual of fog as it settled over the mountain.

After two hours or so of steep incline, we arrived at the scene. As I hail from the phenomenal-yet-really-quite-flat landmass that is Australia, formations like Pacaya were somewhat alien to me. I was completely taken. It felt irresponsible to look away from Pacaya’s smouldering top and slopes for more than a second at a time.

In celebration of our efforts, our ecstatic little group had our own Mad Hatter’s tea party of sorts (some of us very much looking the part after a late night of enthusiastic bar-hopping and salsa dancing). Jostling for space around a steam vent on the lava field, we toasted marshmallows until they became gooey and golden, leaving sticky evidence of our accomplishments all over our hands and faces.

On the silent drive home, when most of the group was nodding off, our driver casually pointed out the window into the pitch black sky. I couldn’t quite make out the silhouette of the volcano in the distance, but I did see the glow of red molten rock dripping down its side. A film-worthy finish.

Ready to explore Guatemala, from Pacaya beyond? G Adventures can get you there. Check out our small group tours of Guatemala here. 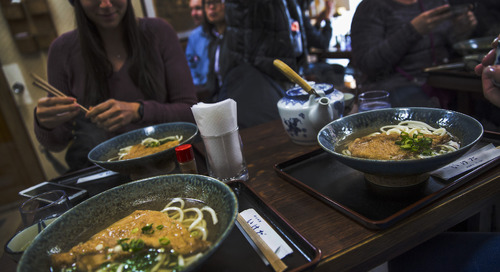 Delicious reasons to make Japan your next destination 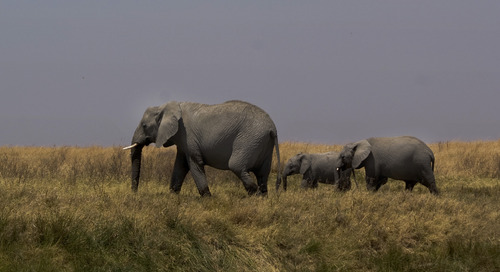