Home » The Looptail, The Travel Blog Powered By G Adventures » 5 cinematic train rides — and how you can (sort of) take them
× Share this Article

Hollywood has long had a love affair with train travel — as have other movie-making epicentres. Whether in sweeping romantic sagas or dystopian murder mysteries, some of the most epic trains of all time have been depicted in all their glory on the big screen.

Here, we take a look at 5 of them — and tell how you, too, can experience these grand adventures (sorta).

This characteristically quirky Wes Anderson film about three brothers travelling across India stars Owen Wilson, Adrien Brody and Jason Schwartzman. But the three fine actors — who are utterly convincing as brothers in all their love/hate glory — are often upstaged by the jaw-dropping scenery of India: The film features stunning footage of the blue city of Jodphur and the magical lakeside Udaipur.

How you can do it: Like most movies, this one takes liberties with real life. Though the train is called the Darjeeling Limited and its later scenes are supposed to be in the Himalayas of Northern India, they were actually shot outside of Udaipur, in Rajasthan some 1,750 kilometres away. Click here to learn more about our India Rail tours.

This classic Agatha Christie novel has been adapted into film twice, both with star-studded casts. The story centres on what is possibly the world’s most famous train journey — only the Orient Express gets marooned in Eastern Europe by a blizzard, and a passenger is murdered. Over the next few days while the train is stranded, private detective Hercule Poirot attempts to identify the murderer.

How you can do it: Christie herself travelled on the Orient Express in 1928 on her first solo trip abroad, and it inspired her to write one of her most popular books. Sadly, the renowned train that began operating in 1883 between Paris and Constantinople (now Istanbul) is no longer in service. You can visit both Paris and Istanbul on many of our Europe Rail journeys, however — click here to learn more.

The series of books by J.K. Rowling about young wizard Harry Potter and his friends, and the movies made from them, are some of the most beloved around the world. Hogwarts Express is the fictional train that was used to transport students of the Hogwarts School of Witchcraft and Wizardry from London.

How you can do it: Of course, neither the Hogwarts Express nor its final destination, Hogsmeade Station, actually exist. However, the London King's Cross station where Hogwarts students embarked is very much real; in fact, it’s one of the busiest railway stations in the United Kingdom. Start your journey there, exploring the historic, restored 1852 building and the many shops and restaurants it offers — including the Harry Potter Shop at Platform 9-3/4. That non-existent platform from the books is marked by a plaque between platforms 9 and 10, next to the shop, and a luggage trolley placed to appear stuck halfway through the wall (photo opp!). You can also check out our Europe Rail tours for trips that pass through London.

This sweet romance follows one night in the life of Jesse, from the United States, and Celine, from France, who meet on a train going from Budapest to Vienna. After developing a connection through long, beautifully-written conversations on the train, they decide to spend the night roaming the streets of Vienna together, before Jesse leaves the next morning.

How you can do it: In Vienna, The Wurstelprater amusement park in Leopoldstadt — just called the Prater locally — is another must-visit, as the Wiener Riesenrad Ferris wheel is where Jesse and Celine shared their first kiss. It’s one of the oldest Ferris wheels in the world, and quite unique with its spacious red cars. Other spots around the city that the couple visited in the movie include Kleines (Little) Café, Café Sperl, the 14th century Maria am Gestade church, and the Albertina Museum, where they say their last goodbye before Jesse board his train again. You can get there by checking out — you guessed it — our Europe Rail tours.

One of the most sweeping, romantic sagas ever to grace the big screen, this classic film follows the joys and tragedies of Lara and Zhivago, who is fleeing from the Bolsheviks with his family during the Russian Revolution.

How you can do it: Most of the film takes place is the desolate and forbidding Russian countryside, and the train that played such a pivotal role in the plot is a cattle train. Our Trans-Mongolian Adventure is much more accommodating — learn more about how you can ride it here. 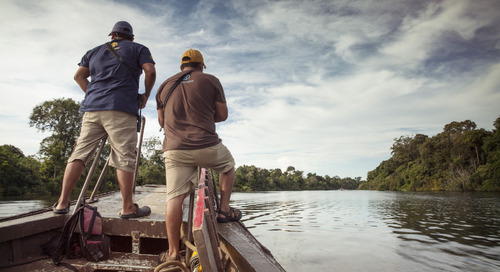 Aboard the barge: Why river-cruising is the way to go

It might not sound romantic, but seeing the world by barge is one of the best ways to travel 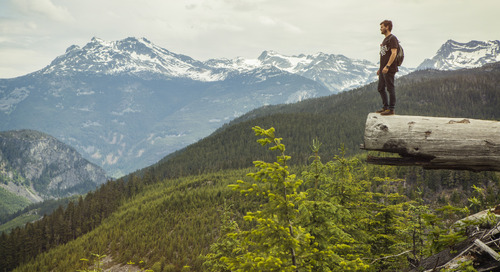 20 superlatives for the 20-year sisterhood between Whistler and Karuizawa

These sister cities have much in common