Home » The Looptail, The Travel Blog Powered By G Adventures » 20 superlatives for the 20-year sisterhood between Whistler and Karuizawa
× Share this Article

20 superlatives for the 20-year sisterhood between Whistler and Karuizawa

Karuizawa, Japan, and Whistler, Canada, will mark 20 years as sister cities in 2019. To celebrate, we’ve compiled 20 superlatives to highlight the bonds between these charming mountain towns.

Karuizawa, located an hour by train from Tokyo, hosted the debut Olympic curling competition for the Nagano 1998 Winter Games, while Whistler hosted Olympic sliding and skiing events for Vancouver 2010.

Visitors can ride the world’s fastest ice track at Whistler Sliding Centre, home of the 2010 bobsled, luge, and skeleton competitions, or learn to curl like an Olympian with a lesson at Karuizawa Ice Park.

Karuizawa has no shortage of traditional Japanese hot springs (onsen), but its most unusual site of healing energy is the sacred 800-year-old tree at Kumano Kotai Shrine. The tree marks a “power spot,” where natural energy is said to cleanse the mind and spirit.

Skeleton racer John Montgomery famously marched through Whistler's Olympic Village chugging a pitcher of beer after his 2010 Olympic win. In Karuizawa, John Lennon was once refused service at Akanaya Coffee for looking like, well, John Lennon: the shopkeeper didn’t dig his hippie style.

Ask the bartender at Karuizawa’s Mampei Hotel about Lennon and you might hear some firsthand tales. John, Yoko Ono and their son Sean lived in room 128 at the Mampei for the summers of 1976 to 1979, and Lennon taught bar staff to make his favourite Royal Milk Tea (still featured on the menu today).

The Fairmont Chateau Whistler’s Mallard Lounge may not have a legendary musical connection, but it is a great place to catch live tunes nightly while sipping some of Whistler’s best martinis.

In 1998, Prince Charles brought Princes William and Harry to Whistler for their first vacation after the death of Princess Diana. Japan’s Emperor Akihito and Empress Michiko most recently visited Karuizawa in August 2018, but their most important visit happened 61 years ago: when they met playing tennis at Karuizawa-kai court.

Whistler’s Stew to Sidewinder and Green Road runs clock in at 11 kilometres each. That’s about 11 times longer than the 1,000-metre Panorama Trail at Karuizawa Prince Hotel Ski Resort.

7. Weirdest activity you totally want to do

9. Moment in the G7 spotlight

Karuizawa sits at the base of Mount Asama, an active volcano that last erupted in June 2015. Whistler is about 16 kilometres from Black Tusk, an extinct stratovolcano.

Whistler Village has a great mix of shops, restaurants and bars at the base of the ski runs. Karuizawa Ginza is a charming shopping street, where the French Bakery was John Lennon’s go-to spot for baguettes.

Whistler swings from a low of -8 Celsius in January to a high of 27 in summer. Karuizawa has a similar range, from -9.5 in January to 25 in August.

Of the many waterfalls that surround both cities, go for Brandywine Falls just south of Whistler or Shiraito Waterfall north of Karuizawa. An interesting coincidence: Brandywine is 70 metres high, and Shiraito is 70 metres wide.

Whistler’s black bears and grizzly bears are routinely spotted in local forests and even backyards. Karuizawa’s forests are home to Asiatic black bears.

Whistler’s highest lift-accessible elevation is 2,284 metres. Karuizawa visitors can get to 1,358 metres in Onioshidashi Park.

Sometimes nature needs a little help. Whistler can crank up 269 snow cannons, while Karuizawa has 195.

Yona Yona, an American Pale Ale from Yoho Brewing Company, is the go-to Karuizawa beer. Whistler is spoiled for choice, but the Surveyor IPA from Coast Mountain Brewing is tough to beat.

G Adventures runs tours that pass through Whistler, and our tours to Japan get you within an hour of Karuizawa. Bon voyage! 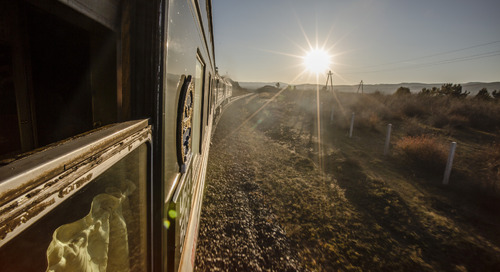 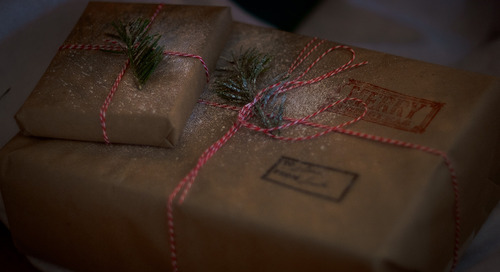 Here's what you were reading over the past 12 months